As the one of the largest no-kill cities in the U.S., Austin takes pet adoption pretty seriously. So serious, in fact, that Austin Pets Alive! has dedicated an entire day to making sure our furry friends continue to thrive.

Love Your Rescue Pet Day on July 18 is an annual day of giving where local businesses donate a portion of the day’s sales back to APA!. Austin animal lovers can support APA! by shopping and dining at participating businesses like Bentley’s Biscuits and Bones, Jo’s Coffee, Arbonne and more.

Adopting pets makes a huge difference and helps no-kill organizations like Austin Pets Alive! continue to provide a chance at life for thousands of animals. So, in honor of LYRPD, a few Austin Chronicle staffers decided to share photos and memories of the furry friends they call family. 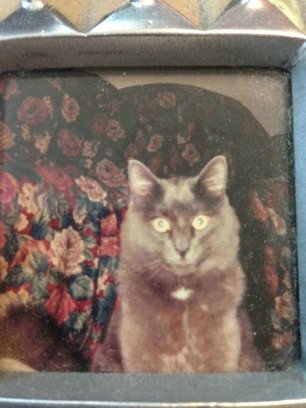 Tallahassee
“Tallahassee was a dumpster cat rescue and bundle of furball joy.” – Cassidy 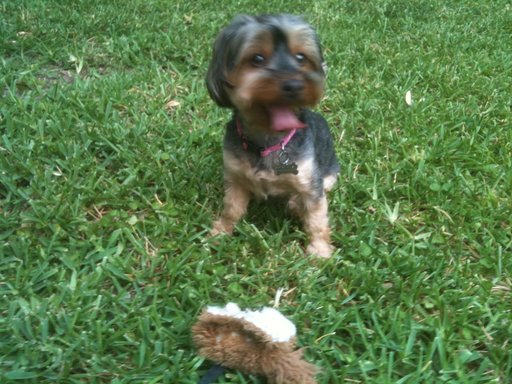 Bella
“This little Yorkie-Poo is quite a handful. Bella comes from owners who took very poor care of her, and sought new owners in the midnight hour. Upon arrival to her new home she was ridden with fleas, her hair matted & mangy. Despite her early setbacks this little champion had a great deal of muster. In current day this cute little vermin chasing hound has a loving home, and clocks in a 40 time certain to rival that of NFL combine prospects. There's also the time she got into that untouched Subway sandwich on the table...but let's not get into that." – Dallen 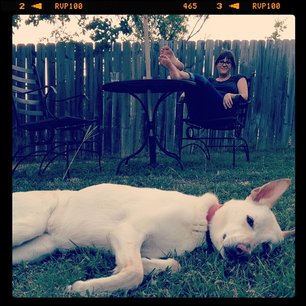 Lula and Kim
“Lula was abandoned next to a dumpster across the street from the Chronicle in 2000. A couple of us on staff fought over who got to take her. I won the fight, and won my best friend/dog kid for another 15 years.” – Kim 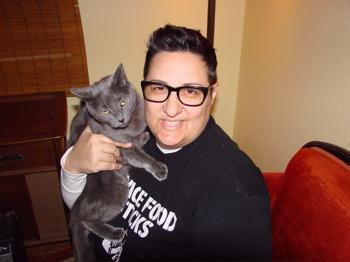 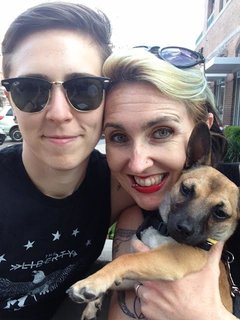 Sarah, Sarah and Sid
“Sid just turned 1 and we adopted her from Austin Animal Center on January 23rd. We believe she's a chiweenie - Chihuahua/Dachshund mix - which makes her 10 tiny pounds of fury. She loves playing fetch, bug hunting, and hiking, but is not a big fan of water and frogs are her arch-nemesis.” – Sarah 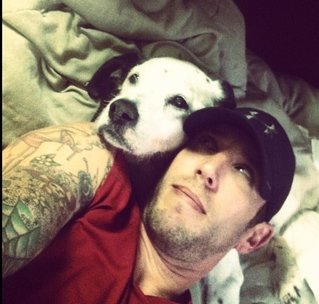 Riley and Jeff
"Riley was adopted at 6 weeks. He has made 4 cross country trips, loves to kayak and is a professional ear cleaner of dogs and humans. Riley is a big brother to 5 other dogs in the house and has spent 15 years being my shadow, or was it the other way around?” – Jeff 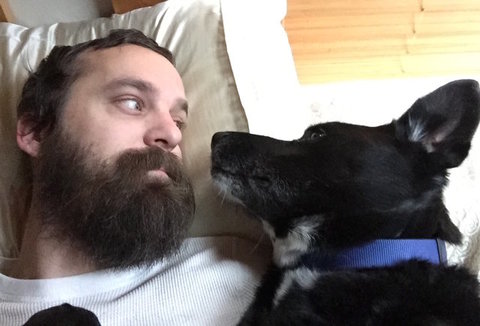 Poughkeepsie and James
"I've had Poughkeepsie for five years. I got him at the Town Lake Animal Shelter when I accompanied a friend who was looking to get a dog and I ended up getting one myself." – James 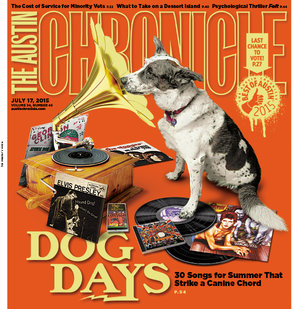 Hank on the cover of our latest issue.
There’s no way we could do a blog on rescue pets without including our beloved Hank. Our favorite tri-paw was adopted three years ago and has amassed quite a loyal following. We love him almost as much as he loves his orange ball. As always you can donate to APA! or find more information on adopting a pet here. Find the full list of participating business here. Shop local and save pets!

Happy Holidays!
A Chron Events guide to the holidays