A Drink to 'Blood Punch'

Strap in for a bloody good time 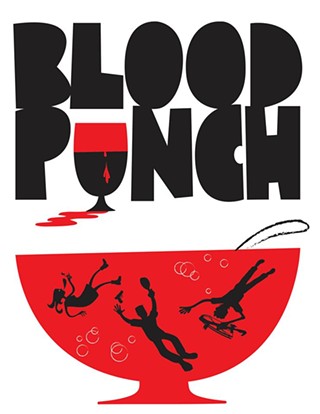 The writer worked on 'The Tigger Movie' and 'Little Mermaid II.' The director has credits on many Disney cartoon TV series. The three principle actors acted on 'The Power Rangers RPM' in New Zealand. The obvious collaboration of all five is a thriller horror movie. Obvious.

For those who don't know, it's the 20th Anniversary Austin Film Festival! When I was looking at trailers, 'Blood Punch' immediately jumped out at me because it has some sort of time twist. And I wasn't the only one who felt the same; it was a packed house when the film premiered Saturday evening at the Alamo Village. I won't say much about the plot of the movie. What you need to know, a young man in rehab for meth addiction meets a young woman looking for a meth cook. She convinces him to join a scheme to cook a load of meth with her dirty cop boyfriend. And the story goes awry from there.

When the movie ended to thundering applause, I thought that this needed to go beyond this film festival. In the Q & A afterwards, I was surprised to learn that most all the cast and crew have involvement with children's film and TV. Madellaine Paxon and Eddie Guzelian, the director and writer respectively, worked years in children's film and TV. They talked about how it was so hard to pitch this story because they don't really have the credentials for a thriller horror. But after working so many years writing for children, they just needed to rip off some heads.

And so came 'Blood Punch.' They found their principle actors (Milo Cawthrone, Oliva Tennet, and Ari Boyland) in an equally unlikely place: amongst the actors of Power Rangers RPM. All actors are actors in children's programs, but I'm certain this film will open up doors for them.

Watch the trailer, and if you can, 'Blood Punch' is showing again at Rollins Theatre in the Long Center on Thursday at 9:30 PM. The Austin Film Festival is still going on until Thursday. For those who don't have a film badge or pass, don't fret! You can purchase individual movie tickets for $10. For a schedule of films and more information, visit the Film Festival website. Slam It All On The Stage
Poetry comes alive at Austin Poetry Slam!