"The Kinks on Acid?" 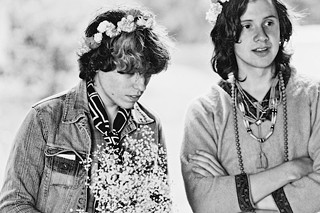 Sam France and Jonathan Rado formed Foxygen in junior high and have been finely tuning their sound ever since.

Listen to Foxygen's latest album, We are the 21st Century Ambassadors of Peace and Magic, and their influences become obvious: The Rolling Stones, Elvis Presley, T. Rex, post-Revolver Beatles, The Kinks. Yet Foxygen has its own surprisingly genuine psychedelic sound. The secret rests somewhere between the jocular lyrics and ever changing homages to past artists.

After their first EP, Take the Kids Off Broadway, the two California kids got their wish granted when producer Richard Swift agreed to work with them on their most recent project. The undeniable musicianship on the record is impressive, especially because all instruments are performed entirely by the two founding members, France and Rado. Now equipped with a full band, they have toured across the globe to widespread attention, including this article from Jim DeRogatis of WBEZ Chicago, a Jagjaguwar.com article and a Total Nuggets interview. Their live show embodies a laid-back, 1960's free love vibe dosed with flares of punk energy. Foxygen played a sold out show at the Mohawk with the Unknown Mortal Orchestra on Feb. 20, and they'll be back at Red 7 Thurs., Mar. 14 for the Secretly Canadian SXSW showcase. 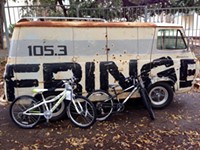 Bikes for Kids
Give a kid their first set of wheels! 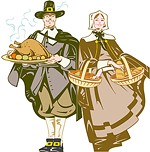 "So my family is in town..."
Events for Thanksgiving and beyond