By Bere Belmares and Jordan Roberts,

On July 20th at Stubb’s indoor stage, we were feeling the good vibrations, kicking up sand, and riding the surf sound of Whalers at their EP release show with Tiger Waves. Both of these indie bands have crafted a unique take on the 1960s surf rock sound and are making waves in the Austin music scene.

The Austin grown band Whalers—comprised of Dan Martin on rhythm guitar, vocals from Gus Smalley, Kyle Rother on lead guitar, Amir Mozafari on bass, and Milos Bertram on drums—celebrated their new EP release “Bon Vivant” at the Stubb’s show. Their undulating melodies rise with each note then plunge downward on the psychedelic guitar riffs, sending a wave of sound from the stage that breaks over the audience. As your ears dive into their surf rock it is easy to get caught in the auricular undertow and swept out to sea.

After a successful EP release concert, we are anxiously awaiting announcements for upcoming shows; the calm before the next rocking storm. In the meantime, listen and download their new “Bon Vivant” single with a second track added, "Pennywhistle Park Place," today at whalersmusic.bandcamp.com.

Kicking off the night, we were surprised to listen to Whalers' opening act, Tiger Waves. This young Austin-based sextet sure is a band to follow and watch them grow into a consolidated Austin export.

Tiger Waves sounds like a mix tape you want to listen to in your car on that dream summer road trip to the West Coast, or simply something to listen to after a hectic day. It’s hard not to trace a Beach Boys influence, but they entirely own their unique sound with psychedelic hints, fuzzed out vocals, and sublime melodies.

They deliver playful tunes topped with shimmering synth-outs, new wave organs, and sweet backing vocals. It was an audible feast of summer sounds. The perky percussion in the background would inevitably make you swing from side to side while enjoying watching these Austin dynamos lose themselves on stage with their fun, laid-back performance. In between songs, the lead singer joked with the audience, and shared his lyrical construction for their recent single “Weekends” when he was a dishwasher, and then paid their respects to the main act of the night, Whalers.

While you impatiently await the next Whalers show, you can still get a taste of surf sounds from Tiger Waves tonight with Origami Ghosts at the Mohawk! Doors at 9pm. Show at 10pm. $6 cover ($8 minors). 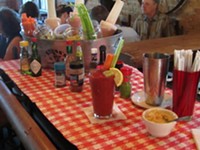 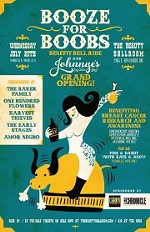 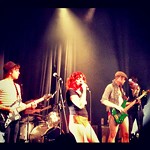 Bobby Jealousy
Check them out