Catch the final night of 'Whiskey Wednesday' with Robert Ellis 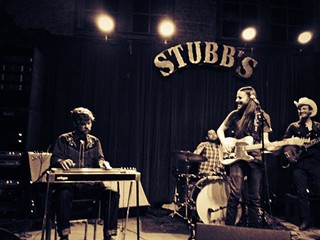 In the world of today's country chart toppers, "country" as a genre definition has developed some derogatory connotations among those listeners who consider themselves knowledgeable musical consumers.

Robert Ellis, a 22 year old singer songwriter from Houston, TX, challenges those implications with his twangy, often foot-stomping repertoire of loveable country classics from the likes of Ray Price, Conway Twitty, and the Texas Troubadour himself, Ernest Tubb. I caught Ellis at Stubb's last Wednesday, where he heads up the 'Whiskey Wednesday'show, attended by young and old, two steppers and quieter observers alike, who enjoyed three sets of rapid-fire country standards. The set list was largely unencumbered by stage banter, songs flowing quickly and effortlessly into one another as Ellis encouraged the crowd to have just one more drink. His enthusiasm and respect for the giants of country music was infectious; I wouldn't be surprised if Ellis found himself in a similar position of respect somewhere down the dusty, country road.

Catch Robert Ellis and his talented band at their last gig at Stubb's tomorrow night before he joins the likes of Willy Nelson on tour in May. You'll be glad you did. Doors at 9 pm, $8, advance tickets available online. 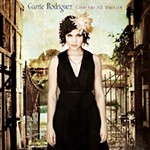 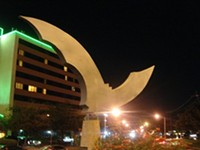 Halloween 2012
Get your costumes ready for these spooky holiday events