Over the last few years, many independent artists have become dependent on membership platform Patreon to pay the bills. Now, in the wake of SXSW's cancellation amid the coronavirus pandemic, Patreon is mounting a special fundraising streaming event on Wednesday – and the service is putting its own money in the pot. 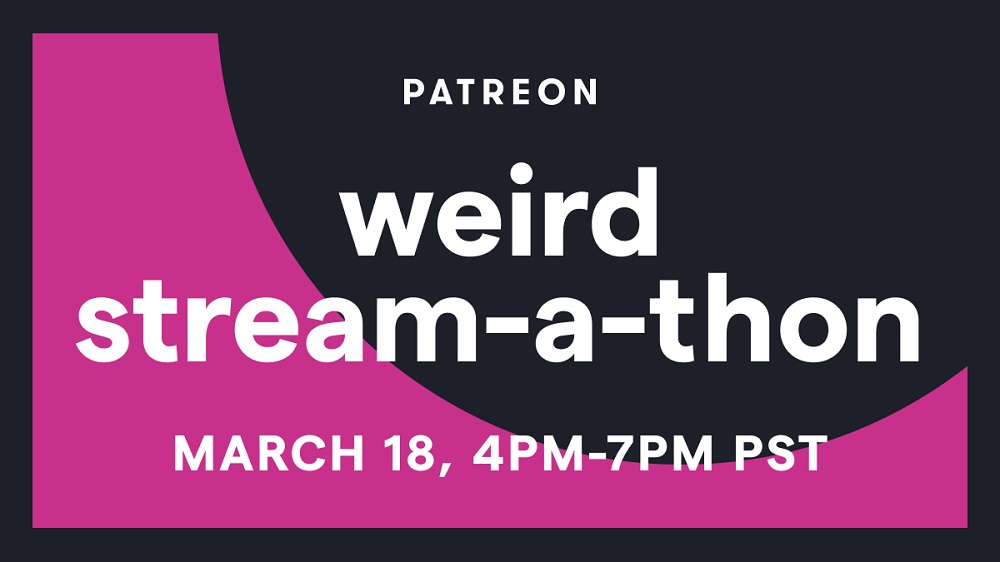 The web service, which lets audiences subscribe to creatives' output to support their work, had planned a major presence at SXSW at their House of Creativity. Now they're promising to provide a redux three-hour streaming telethon, taken from the planned three-day event. The fundraiser will stream starting at 6pm central, Wednesday, March 18.

Hosted by Patreon co-founder and CEO Jack Conte (who will also keynote the event), the announcement explains that the funds raised will "help offset the economic impact on artists, musicians, creators and more who have been impacted by cancelations worldwide."

The organizers say that there's a lot still in flux, but so far they have confirmed a set by folk-tinged singer-songwriter Raye Zaragoza, talks from The Bachelor-obsessed podcasters 2 Black Girls 1 Rose, EpicLLOYD from Epic Rap Battles, and Amanda McLoughlin of podcast collective Multitude, plus mindful handwashing advice from therapist and YouTube star Kati Moran. Expect a lot more names to be added. "We're kind of making this up as we go," Patreon explained in the announcement, "but it's going to be weird for sure."

And did we mention it will be catered? Well, kinda. Since the event will be around dinnertime, Patreon is suggesting it would be nice if everyone cooked at the same time. They're thinking chili, but whatever helps us all feel a little more connected will be great.

Patreon has already announced that it will get the fundraising going with an initial donation of $10,000: Not only that, but the site will throw in $1 for every person on the stream. So just being there will help.

You can RSVP for the event at www.events.patreon.com/weirdstreamathon.

You can also donate directly via the event's Paypal link.