The Czech Republic of Texas

The photo began ripping through the social media sphere like gas station chilidogs through a trucker's lower intestines. The capture of the ominous mushroom cloud looming over the Sonic Drive-In sign was enough to plant it firmly in the realm of Texas iconography. 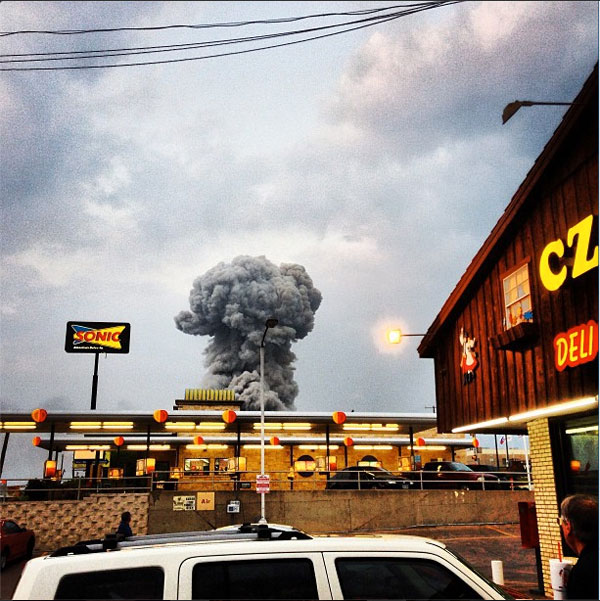 The photo that first made the social media rounds, then hit the mainstream (photo by Andy Bartee)

But what set the photograph alight on Facebook and possibly into the annals of history is the recognizable "CZ" visible on the wall of the building to the right.

Anybody who's traveled between Austin and Dallas knows this highway beacon. The Czech Stop, opened in 1983, not only name-czechs (ugh, sorry) Central Texas cultural history, it also tempts road-weary wanderers and warriors alike with the promise of pockets of deliciousness. The Czech Stop, aka the Little Czech Bakery on I-35, is Kolache Central.

When the picture first surfaced in social media outlets, horrified commenters who recognized the familiar "CZ" burst into threads of dread and concern: "Is the Czech Stop OK?" The photo went viral. 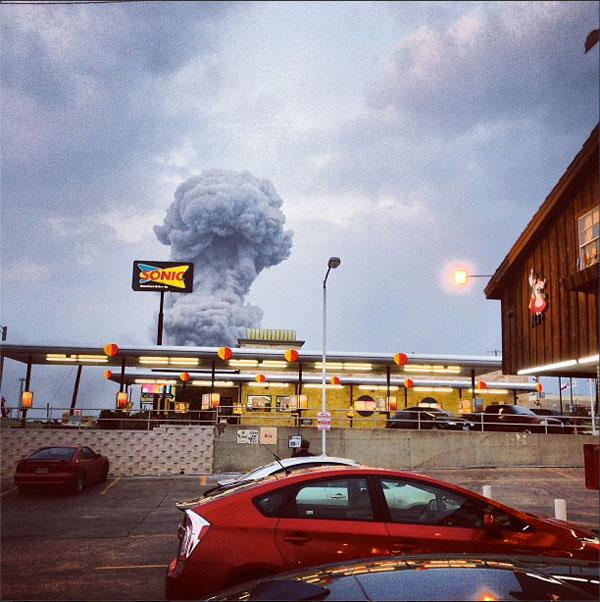 Another take of the ominous sight (photo by Andy Bartee)

Wine sales guy Andy Bartee had finished his day making the rounds in Austin, checking on clients for his employer, Copain Wines. He'd wrapped up at Whole Foods, Sway, Cafe Blue, Austin Wine Merchant, among others, and was headed back home to Dallas.

"My gig was up, so I stopped to use the restroom and get a drink and some kolaches," he said, deciding to pull into Czech Stop, as he might have at Smitty's Market in Lockhart or Buccee's on 290 had he been driving in another part of the state at the time. He entered the friendly, familiar road respite, and after placing his order (a couple of lemon, some pepperonis, and a Hot Chubbie), the lights flickered, then went out.

Suddenly, he recounted, there was a rumble and "a couple of seconds later I felt the force [of the blast] in my chest. My ears were ringing. It was so severe that pictures on the wall – you know how they have all those historic pictures – some of them fell and broke. It was almost like the wind force came right through the building. And it sounded like it was right behind the building." The blast actually occurred roughly 13 blocks to the north and seven blocks to the east.

When he went outside, the cloud of smoke from the explosion grew in the northern sky. It was the exact opposite of being in the right place at the right time, he reasoned, despite capturing a moment in history.

"It's weird," he said. "On the drive in, I saw the smoke [from the massive fire presumed to have ignited the blast] and figured I'd see it from that next hill on the highway once I hit the road again. When I got outside, I turned and started taking shots of this mushroom cloud.

"I didn't even think about where I was. I just thought I'd take some shots to show friends and family," he said. "It just so happens the photos show something so symbolic to Texans."

The sheer magnitude of the eerie gray column took him aback. "I am so thankful that there are fewer casualties than I imagined. It was unbelievable. The pictures don't do it justice."

Ten miles south in Ross, Texas, Barbara Schissler, the Czech Stop's first employee back when it opened in the early 1980s – who is still there today, three decades later, as the company's president – had no idea that tragedy was unfolding in her backyard. Then she learned of the explosion. "They called me in, of course, so I got right in my car and drove to the store." 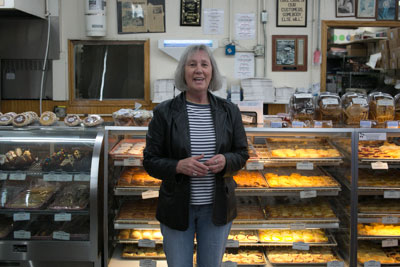 "When I got there, I saw that the ceilings had buckled and a few of the tiles had fallen, but that the building was fine," she related. "So I turned off the gas pumps, because you just never know. Other than that, we stayed open for business as usual." … if by usual, you mean carrying out cases and cases of water for fatigued volunteers and survivors, and manning the phone as non-stop calls came in from customers and press to check on the state of the popular stop as well as get their take on the tragedy.

"It's still crazy," she admits, "We've had calls from loyal customers and from places like the BBC, NBC, and from media as far away as Australia."

Then came the volunteers – in droves. "It's unbelievable for a little itty bitty town like us to have them respond like that and so quickly" Big-hearted folks flocked to help, she said, descending on West "like ants coming out of a hill."

By the time our man on the scene, art photographer Otis Ike made it back to Czech Stop to shoot a picture of Schissler, the parking lot was packed with news trucks. As Otis made his way out of the bakery, he recognized a familiar silver fox: Anderson Cooper was also on the scene. 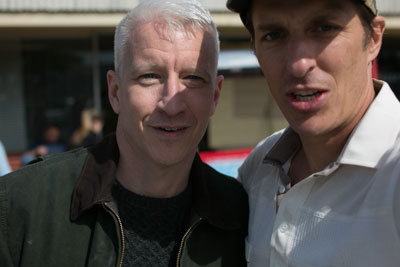 Our story's other photographer, inadvertent history catcher Andy Bartee was a sophomore at Bethany High School, in Oklahoma City 10 miles away from the Murrah Building when it was the target of domestic terrorism in 1995. He remembers that day like it was yesterday. He was in student council at the time, so when Channel One's then-host Anderson Cooper came to his school, future wine seller Andy met future CNN anchor Andy, and the rest is, well it is history.

While strange coincidences make for interesting stories, I paused in my interview to wish for young Mr. Bartee that he never have to experience anything like this in his life ever again. "My first one was 10 miles away," he said. "This one was a mile away. I don't want to get any closer than that."

For more on the explosion, see our original news post here and Otis Ike's full photo gallery here. We've also collected resources for those Austinites looking for ways to help and those West residents who may need assistance. 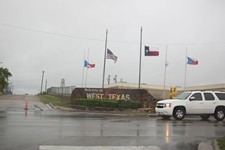 Deep in the Heart of West Update: April 22
More ways to help our neighbors in West 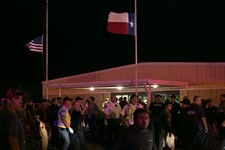 Deep in the Heart of West, Texas, Part 2
If you or loved ones need help in West