Shopping Guide: Vote With Your Wallet Bain of our existence (by Wikimedia Commons)

Yeah, we know, the election's over. But Mitt Romney and his Bain Capital pals continue to enjoy space in the headlines, and if you, like us, are still trying to get that taste out of your mouth, you're probably trying to avoid Bain-owned businesses as much as possible.

The trouble is, it's hard to keep track of how far that web spreads. As Bloomberg put it, "Bain was hardly hiding. The companies it currently controls or has owned were right under our noses all along." Here's a list of some of the big-name businesses owned or invested in by Bain (it's all public information readily available on sites from Wikipedia to Bain Capital's' own pages), so see for yourself if you have suspicions), along with some local alternatives. After all, don't forget the day after Black Friday is Small Business Saturday.

• Burlington Coat Factory: Try any of the local boutiques in town, including any of those concentrated along South Congress (Stag Provisions for Men, Service Menswear, Blackmail, Creatures). Or, for cheaper alternatives, don't forget about St. Vincent de Paul or Goodwill.

• Toys "R" Us: The little tykes won't like your cutting "Geoffrey" out of their vocabulary, but "Best of Austin" winner Terra Toys has you easily covered, complete with a helpful staff.

• Guitar Center: Ray Hennig's Heart of Texas Music has already closed in anticipation of the big Greystar redesign of the iconic South Lamar Plaza, but don't forget about Strait Music Company and Walter Hutcherson's Musical Exchange on North Loop for the musician on your list.

• Staples: You know what else is easy? Skipping shopping at this big box for your holiday card supplies and heading over to Paper Place instead.

• Michaels: We bet you can find what you need at Jerry's Artarama or Asel Art, with the added bonus of both being more centrally located than Michaels.

• Dunkin' Donuts: Start your day at Ken's Donuts, Mrs. Johnson's Bakery, or any of the dozens of breakfast taco stands around town instead.

• Outback Steakhouse & Bonefish Grill: Austin has a surf and turf duo that knocks this pair out of the park any day: Lamberts and Perla's, brought to you by restaurateurs Larry McGuire and Thomas Moorman.

• Baskin Robbins: Who needs 31 flavors when you can have Amy's Ice Creams' 350 in rotation at a dozen locations across town?

• Burger King: Ditch the creepy man in a giant king head and hit P. Terry's Burger Stand instead. Owner Patrick Terry regularly stops by to put in face time at each of his restaurants.

• Domino's: You really shouldn't have trouble replacing Domino's in your daily lineup (yes, even with Papa John's off the list too): Home Slice, Salvation, Frank & Angie's, Austin's Pizza, Via 313, Pinthouse Pizza, and so many more are ready and willing to take your business.

• AMC Theatres: Haven't you heard of the Alamo Drafthouse and Violet Crown Cinema?

• Clear Channel: Tune in to KUT, KVRX, or KOOP for some Austincentric tunes and news.

• The Weather Channel: Oh hell, this one's hard to replace in our day-to-day, but the advantage to living in Texas is that the weather's about to change anyway, so just walk outside to determine whether it's a jorts day today.

Throughout the next month, all the sections of the Chronicle will cull their gift guide suggestions (check out the Politics Gift Guide this week), so stay tuned for those specific suggestions through the holidays. 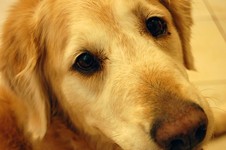