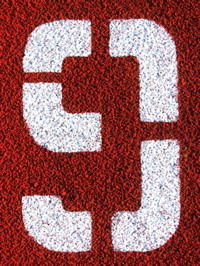 There were more than a few reasons to shop your own closet in a new way in 2009, mainly to save for six or seven pairs of new boots. 1) Bare tree branches on everything from wall decals to clothing. I always loved Fleetwood Mac's Bare Trees album art, and I've always been annoyed when people point out how winter trees look like lungs.

Of course they do: The surprise (and sometimes horror) of analogous shapes discovered in nature is one of the great muses in design and in visual art throughout history. I am collecting (not hoarding) dead branches and the chinese lantern-shaped dried bluebonnet plants I harvested last summer for an upcoming ceiling assembly. The other resident in my house suddenly went fishing. 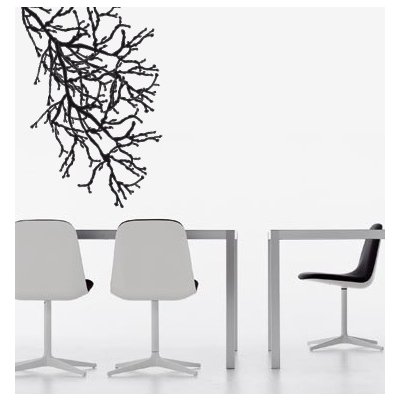 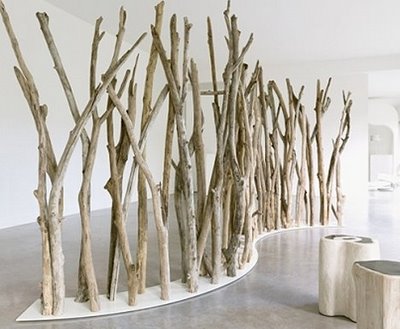 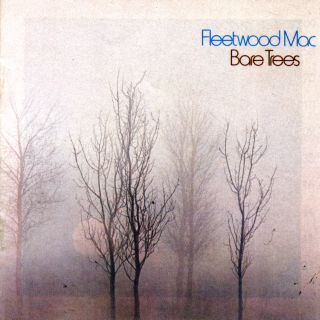 2) The return of a fine-ass natural American Afro bouncing down the street. Chris Rock can take a little credit, bringing us the movie Good Hair, and reinforcing the zeitgeist. Finally, women have been liberated from chemicals and hot combs (their salaries are still unequal across the board), flying in the face of current convention, which calls for every visible part of the body to look so groomed as to appear pained. We're not saying there won't be plenty of overly-white teeth glaring from under these big beautiful 'fros, but that's okay. Let freedom, and your freak-'fros fly, my queens. 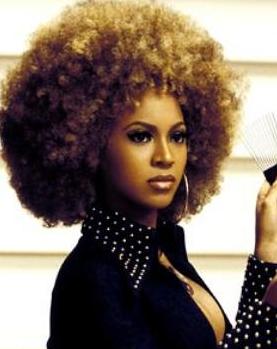 3) Menswear-inspired brown oxfords with bare ankles and rolled cuffs. Having a pair of men's brown wingtips is deeply satisfying. This Nineties' look made a comeback as the perfect transitional option last spring, this time with rolled and trashed dungarees instead of Banana Republic khakis. 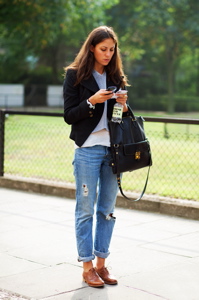 4) Beth Ditto's line for Topshop. Beth Ditto for Evans is the Gossip star's answer for girls who aren't hiding their lights under anything demure. 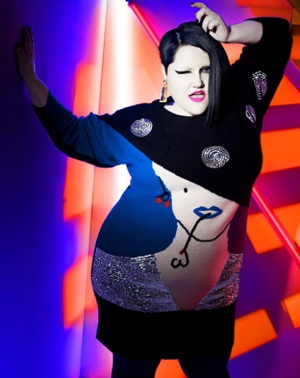 5) Cuff 'em if you've got 'em: cutoffs with sheer black hosiery. Eighties' artifacts can be found in the funniest places. We haven't worn sheer black hose probably since we wore nude ones, which was way before the earth and Princess Diana's body cooled. This was another great transitional uniform last fall, since you didn't have to give up your 'offs, and could wear combat boots or heels. I kept wanting to break into "Borderline" and had the urge to put a Bumpit and some mousse on the front of my head to get bang-height. 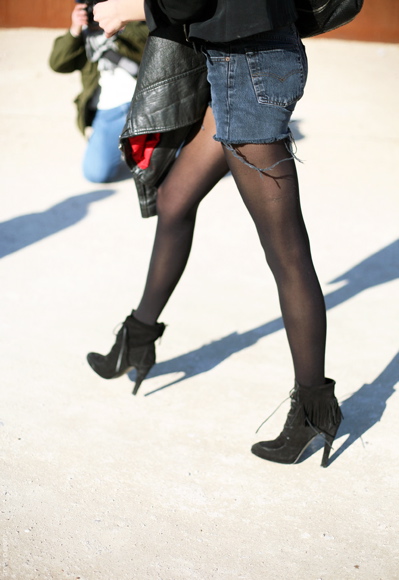 6) The Mary Perry Taylor House. Discovered on the Jewels of Castle Hill home tour earlier this year, this house is a fine Queen Anne fox who's had some work done. The modern additions from Mell Lawrence and Abode are the best-integrated we've ever seen in a renovation. 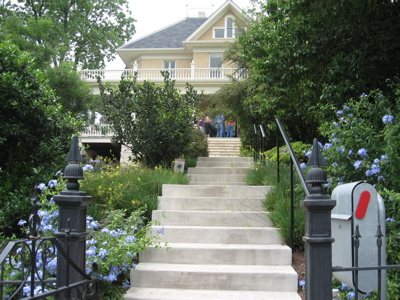 7) Boots as mandatory footwear, year around. This doesn't seem to be going away, especially as shoes in general are still heavy. Do it with your boots on this year.

8) Top knots instead of feather-dusters on the head. The offhand style some say was first spotted on the late, great Carolyn Bessette-Kennedy took her a long way from the Paramus Mall, but it's demise was way overdue. Instead, since last summer, models and moms alike have been spotted otherwise still put together from the day, but now with hair impatiently thrown up top. Think collarless Chanel jacket with neck-hair sticking straight out. My own knot keeps my head screwed together like a lamp finial. 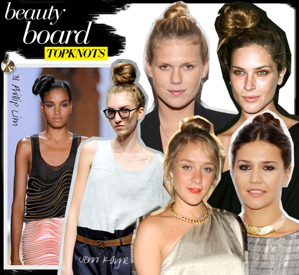 9) Speaking of collarless suit jackets, ladies turned them down a notch this year with tie-dyed T-shirts underneath. Okay. 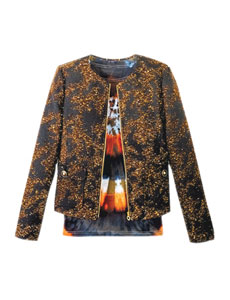 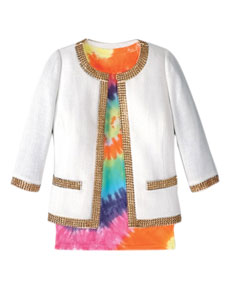 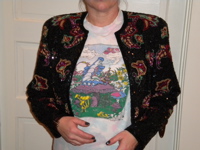 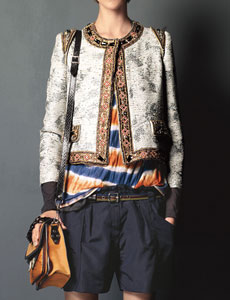