Why has H&M left the Lone Star state out in the cold? 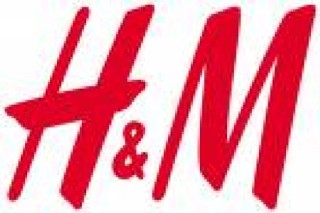 When a friend recently visited Toronto, I pretty much ordered him to snag a shirt for me at the mecca of fast, Euro-style fashion: H&M. Much to my dismay, the Swedish clothing giant – which operates more than 1,800 stores in 34 different countries – has yet to set up shop in Central Texas.

It's disappointing, to put it mildly. But at least Austin isn't the only city being snubbed. There are no H&Ms across a wide swath of the middle and southern part of the country.

Although my wardrobe could not fill a walk-in closet, it does contain a few gems that were purchased at H&M years ago. At least one light brown and baby blue button-down shirt, that I sometimes pair with matching brown pinstripe pants, always earns a compliment. While other stores offer what might be called contemporary American looks at sometimes-reasonable prices (Gap and Uniqlo come to mind), and still others have become known for a vertically-integrated, American manufacturing process that churns out urban-casual looks worn by hipsters everywhere (American Apparel), H&M brought the concept of European fast fashion to the masses.

The Capital City, with its burgeoning fashion scene and reputation as the place for live music, is an ideal market for Hennes & Mauritz. The retailer – defining its mission as "fashion and quality at the best price" – hasn't been shy about expanding into other states (there are 12 stores in New Jersey) and conquering mainstream malls across America (it recently opened a location in Scottsdale, AZ and two locations in Central Florida). With its penchant for opening up stores that have a dance-club feel (pulsating music and oversized shots of indie rockers and actresses staring down at you), its collaborations with people like Karl Lagerfeld, Viktor + Rolf, Jimmy Choo and Sonia Rykiel and its hard-to-beat low prices – one can easily walk out of H&M with a complete, fabulous outfit for $50 or $75 – it's no wonder the retailer has earned the respect and devotion of young, fashion-forward urbanites everywhere. Furthermore, the company is socially responsible, working towards sustainable growth, promoting organic cotton and supporting initiatives to fight global warming.

I can recall with a clarity that surprises me the first time I walked into H&M's flagship store on Manhattan's Fifth Avenue. Anxious shoppers had eagerly waited in long lines that stretched around the block, hoping to snag a cute frock or a pair of slim-fit jeans. There are now nine additional locations in Manhattan alone, including one on 125th Street in Harlem. The brand now reaches into China, Dubai, Japan and Kuwait, with plans to open in South Korea next year.

And what of my friend's trip? He brought me a colorful striped button-down that I've worn twice – to rave reviews.

Photoshop This!
How one little computer program conquered women's image of themselves.