How one little computer program conquered women's image of themselves.

Clarkson, after and before the magic of Photoshop

To retouch or not to retouch, that is never the question. For as long as technology has allowed (Adobe Photoshop celebrates its 20th anniversary next year), art directors of consumer magazines have used it to manipulate images. But many feel that what began as mere enhancement has gone too far.

Most readers understand that the glistening, shiny pictures of celebrities on the covers of magazines such as Vogue, GQ, Elle and Women's Health are largely unattainable.

There was a quaint time in the early days when blemishes were removed and skin tone was evened out. Most mere mortals are rife with physical imperfections and it's reasonable, if you're being photographed, to expect an idealized version of yourself. However, a few recent incidents demonstrate that it's gone way beyond cleaning up a person's complexion.

Take the cover of Self magazine's current issue, featuring a skinny, perky-breasted and high-assed Kelly Clarkson underneath headlines about how to "Slim Down Your Way," "Be Hot by Saturday" and eat "54 Foods That Fight Fat!" Clarkson, who's always embraced a curvier, meatier, more naturally feminine look, an intregal part of her draw for legions of fans, appeared overly-Photoshopped. Check out the before and after. The photo on the right is from May, the same month that the cover was shot. Self editor Lucy Danzinger went to great lengths to defend the magazine but ended up digging herself into a hole, stating on Self's web site that while cover shots are not supposed to be "true-to-life," nor are they "journalism," the magazine "altered [Clarkson's] appearance to make her look her personal best." Well, thank goodness for technology. Her note ends with this are-you-kidding-me line: "the truest beauty is the kind that comes from within." Really?

Clarkson, who grew up in the suburbs of Fort Worth, has been pretty quiet amidst the brouhaha, stating through her spokesperson that she likes the cover, and that's unfortunate. It would've been nice if she had simply stated that the picture on Self's cover does not reflect her actual weight and body type, and that she's happy with herself. Millions of young women, many of whom have been following Clarkson since her American Idol debut in 2002, look up to her precisely because she is comfortable in her own skin. Few other modern celebrities make this claim. Think fast, can you name even one? Christina Hendricks, who plays the curvaceous and lovely Joan Holloway on the AMC hit Mad Men, has done more than anyone in recent memory to bring a more normal aesthetic back into vogue.

Speaking of which, one delicious bit to emerge from the film The September Issue is that Sienna Miller, who graced the cover of Vogue's gargantuan September 2007 issue, was Photoshopped in such a way that her head was placed atop a different picture of her body. Technology begets a kind of Frankensteinian sum-of-all-the-parts photograph that distorts reality so profoundly we don't know what we're looking at. If you still have any doubt, or if you've ever scanned the magazine rack wondering how they do it, check out Dove's Evolution promo for their Real Beauty campaign.

In the meantime, we would all do well to keep in mind this quote from Sophia Loren, a gifted actress from a bygone era who had an authentic bust and – gasp! – hips: "Beauty is how you feel inside, and it reflects in your eyes. It is not something physical." 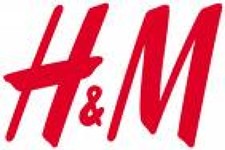 I Want My H&M!!!
Why has H&M left the Lone Star state out in the cold?