Austin Fashion Awards: Put Your Golden Boot Where Your Mouth Is

Austin Fashion Awards gets an Unlike. 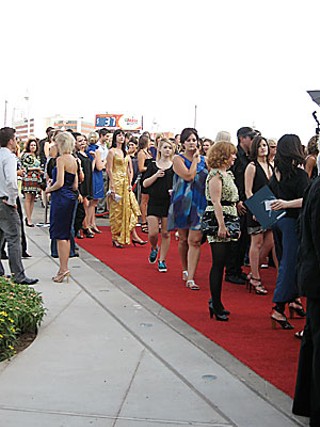 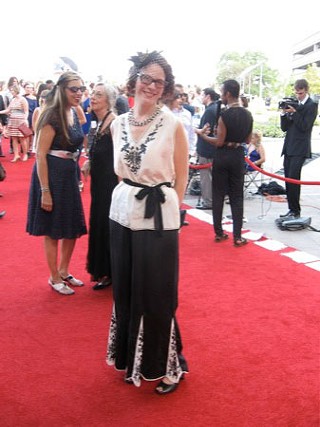 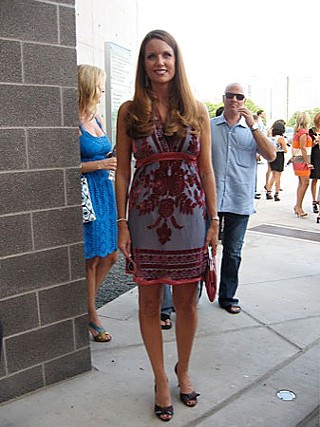 Live from the red carpet...

Since the poise and humor of Jenny Hart of Sublime Stitching, who was a fantastic host, and the thoughtful but concise remarks of Critics Choice for Best Model, Zion Francis, were the only things about the Austin Fashion Awards production that reflected well on Austin, there is just no splashy recap. We do, however have some friendly suggestions for next year:

1) Advise Matt Swinney of Launch787 that while introducing the show, crying at the podium about support for his own "crazy ideas" is narcissistic at best. So is the announcement that he is going to cry. It's an introduction, not an acceptance speech. Oh, and someone tell him to introduce himself, or have Don Pardo introduce him, so that those who don't know him by sight will know who is actually sobbing with self-love at the mic.

2) If the budget won't allow fashioning an actual award piece, hand out artfully framed certificates instead. Picking up old boots around town and spray painting them gold falls short. Perhaps two similarly-sized honorees could get together and alternate wearing them as a pair. Certain conversation-starters, they could provide well-timed reminders for anyone who MUST have been under a rock and didn't know about the honor.

3) Get some sound people in there that understand that they are mixing for a symphony space, not the Music Hall. There is a bit more involved than cranking it, bro. The selection of local bands was spot on, reflecting the best of our music scene and its variety; the sound made us dread the oncoming musical breaks.

4) A guitarist kneeling into an intense solo as a bewildered model shuffles by on the runway has worked in other shows that have done it (well, okay, the models probably had direction in those). It rankled here, but maybe that was just the realization of how long one would be hostage to the production.

5) Advise the honorees that out of respect, if not for themselves, at least for what we are aspiring to and celebrating about our growing fashion industry with this event, that hearing the word "fuck" in acceptance speeches is discouraging at best. Tell them that they should at least appear to be humbled by the honor, so the same goes for saying thanks and giggling off stage left as if someone has just loaned you a blow dryer.

6) Put some makeup on the models that if not flattering to them, makes some conceptual statement, or at least helps showcase the garments.

7) If you are touting your afterparty swag bags as "sick", have something, anything, to hand us entitled floozies as we enter/exit. If your deliveries fell through, or your dog ate them the night before, make the effort to have something besides palms-in-the-air apologies for your guests. In this economy, sponsors have long memories, pretty much putting you at square one for next year's bags.

Austin will never be seen as the polished and sophisticated, yet authentically American fashion oasis of Texas until the very denizens of the industry believe it about themselves. No self-respecting Austinite who felt a part of a scene like that would say "fuck" at the mic, nor be so collectively engaged in aw-shucksing over themselves for having Arrived that they failed to notice they were really just in a bad remake of Zoolander.