Local Encounters of the Gift Kind

Five Austinites share the stories behind their greatest gifts

With the gift-giving spirit of the holiday season on our mind, the Chronicle asked five locals – a punk icon, a film provocateur, a nudie mag-cum-pastry connoisseur, the mastermind behind a beloved restaurant group, and a professional entertainer – to tell us about their favorite gifts. 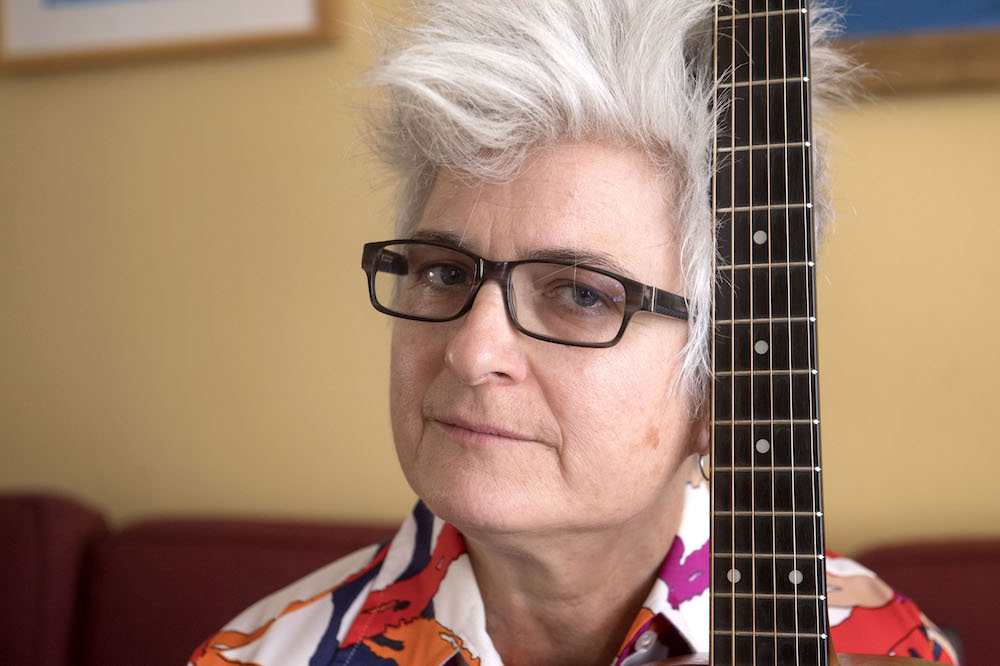 Punk rock legend Gretchen Phillips says that, although she grew up in a house with musician parents and their instruments, the first guitar that she was able to call her own was her greatest gift. For her 11th Christmas, Phillips’ dad took the budding musician – who’d already been playing a banjo ukulele for several years – to a department store in Abilene called Gibson’s in search of her first guitar.

“He said, ‘There’s going to be two guitars,’” Phillips told the Chronicle. “‘And there’s one that I know is going to be the one that catches your eye, but it’s not as good. And then there’s going to be this really plain one, but it’s actually the better guitar and it will be better for you. But it’s up to you, you decide what you want.’” Ultimately, Phillips chose the guitar her dad believed was the best, a nylon string three-quarter sized guitar lacking any bells and whistles (“it was practically freaking plywood with a stain on it”), instead of the more ornate Gibson Hummingbird copy.

What the guitar lacked in appearance, it made up for in usefulness and ergonomics, says Phillips. The smaller size and nylon strings allowed her still green 11-year-old fingers to get better faster. And the irony of the brand-name guitar not chosen didn’t go unnoticed by her dad. “The joke that he always had with me was that because we had gotten [the guitar] at Gibson’s that my first guitar was a Gibson.

Phillips juggles several hats in the community, but she is perhaps best known for playing with queer punk band Meat Joy in the Eighties. However, as Phillips sees it, her musical roots will always remain in the very first folk songs she wrote on that long-ago guitar. For Phillips, receiving her first guitar was an essential moment in her evolution as a musician and showed her how a tool as a gift can carry you through life. “Give someone a tool, give them a tool by which they can now make, explore, work with themselves,” she says. “[The guitar] was a new kind of relationship with an object, but it was object with real ownership where I got to have it and make up what happened to me, you know? And it changed me...Look what’s inside me still.” 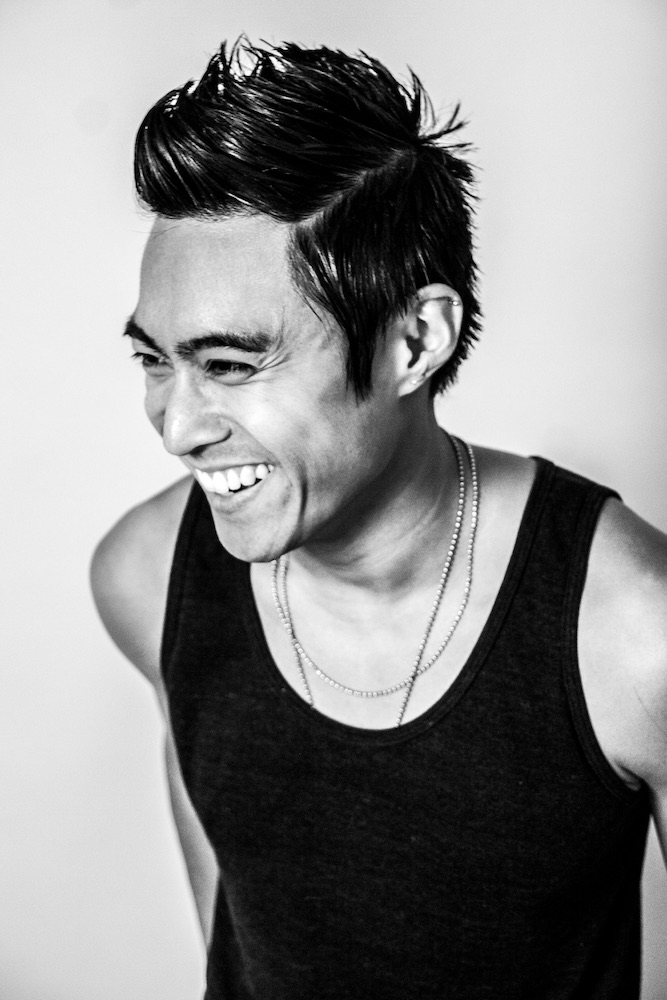 PJ Raval, a filmmaker and Radio-Television-Film Assistant Professor at UT Austin, says his favorite gift was a total adventure from the beginning to the end: a surprise trip across Canada in celebration of his and his partner’s anniversary. A one-day and one-night stay in Montreal turned into a train ride through Quebec’s forests that ended in Halifax. But the surprises didn’t stop there. Raval’s partner then rented a car so the couple could road trip around Nova Scotia, which included an off-the-grid cabin on the Bay of Fundy. For Raval, taking the time to disconnect and spend time with his partner was a major reminder to live on the more spontaneous side of life. “I’m not an off-the-grid person. I’m like ‘I got my cellphone on me, I have my laptop.’ I’m hooked up and wired all the time,” says Raval. “[The trip] was just a reminder of being adventurous.”

So, how does Raval classify such an intangible gift? “I could say the gift of travel, which is always really great. But really it’s kind of a gift of trust. I mean, he’s my partner so it’s a total gift of love, like the fact that I can let go and say, ‘Okay, I’m just going to trust you and go with it and let go and unplug.’ That was amazing.”

The spontaneity of the gift was a major source of inspiration for Raval, who makes everything from documentary films to highly performative art vids, in addition to working as a cinematographer. “[With] a surprise trip like this where you don’t know what’s in store for you and you don’t know what’s planned, you’re just kind of experiencing it as it’s coming in. Even when we were jumping in the car, I didn’t know where we were going, you know? When we got onto this train, I had no idea where we were going – all I knew was the direction we were headed to. And so there’s something about the adventure of it, which for me, is what I love about filmmaking.”

“In a way, it was like he was the director of this trip and I was witnessing everything that he had in store for me. It was incredibly romantic, it was incredibly adventurous and fun. I had never done anything like that before.” For Kelly Dugan, the founding Editor-in-Chief of Peach Fuzz, a sex- and body-positive art magazine (named by Austin Chronicle readers 2017’s Best Zine/Chapbook), and a pastry chef at Justine’s Brasserie, her favorite gift – a personalized cutting board – is intertwined with her passion for pastry.

Three years ago for Christmas, Dugan’s partner made her a custom cutting board out of red ash, carving her initials into it as well. As Dugan sees it, the gift’s purpose is twofold: not only does the board allow her to practice her culinary skills, but it also symbolizes the creator-maker identity at the heart of the couple’s relationship. “I just love that it combines basically both of us in one gift,” says Dugan. “I like being with someone where we both do make things, so it’s really special for him to make these things that I can use.”

Dugan adds that cooking for others, particularly when it comes to pastries, is a kind of gift-giving process in its own way. “You make something and you give it to someone and their eyes light up. It’s a very nice reaction. Pastries seem to do that more than cooking. You know, you come in with a pie and people freak out. They’re not quite as excited for a casserole.” 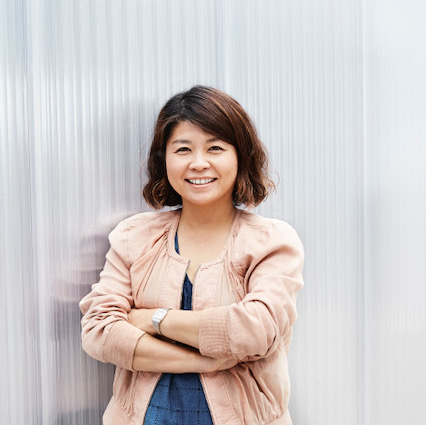 Kayo Asazu’s greatest gift – a calligraphy pen set – was a reward for good grades when she was a young girl. Gifted by Asazu’s father, the set was particularly significant since gift-giving was typically reserved to her mother. A present from her dad made Asazu feel recognized and proud of her hard work.

Asazu says the calligraphy pen encouraged her to write and send out cards to friends and family, which ultimately instilled in her a great respect for communication – a philosophy that the chef and restaurateur continues to practice at Komé, Daruma, and Sa-Tén. Reflecting on how the gift continues to play a role in her life today, Asazu believes the set of calligraphy pens played a major role in her decision to move to America. “This pen introduced me even more [to] Western culture, when I only knew Japanese calligraphy with brushes,” says Asazu. “So I started to long for a life in America every time I used this pen. It definitely led the path to here and where I am today.” A friend-eventual-partner gave Barbara Dunkelman her greatest gift – a turquoise record player along with a set of records including Billy Joel and Red Hot Chili Peppers – at a time when she was at a crossroads in her mid-twenties. “I was at a weird point in my life, confused about where I was going, and the future of another relationship,” says Dunkelman. “Receiving this gift made me feel like the person who gave it to me was actually paying attention to me, cared about me, and wanted to make me happy.”

As an accomplished voice actress, the Director of Social and Community Marketing at Rooster Teeth, and host of their popular podcast Always Open, music might not be related to her professional work, but that hasn’t diminished the gift’s significance for Dunkelman. If anything, listening to music has become more important to her as she grows both in and outside of her work at Rooster Teeth. “Music, especially listening to records, helps me relax and focus, which has proven to be very needed with the stress and pressure I experience from time to time.”

Reflecting on the significance of the gift, Dunkelman echoes the same sentiment expressed by the others: a gift’s ability to make you feel recognized and loved. “It was never something I expressed wanting, and it feels extremely special when you realize just how much another person cares about you.”