The corner of Lavaca and 14th Street will soon reverberate with the sounds of machinery as construction for the new SXSW headquarters gets underway. 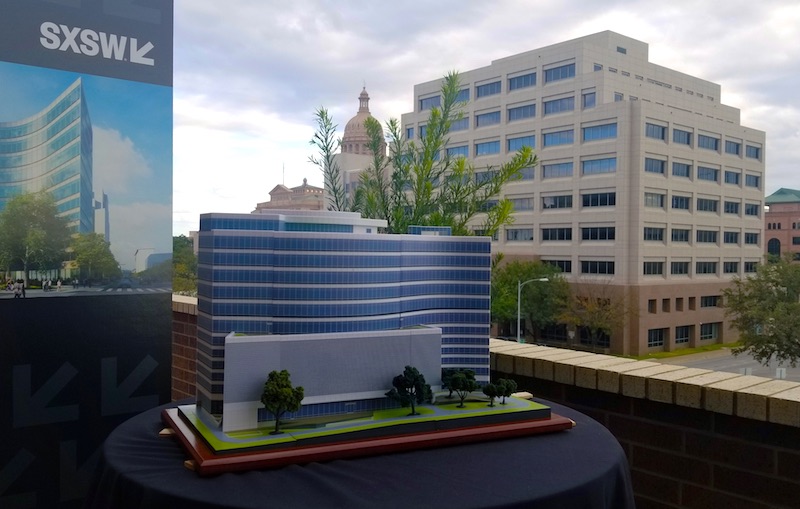 On Tuesday, the company hosted a groundbreaking celebration for the new building atop the third-floor balcony of the DoubleTree Hotel. Overlooking the construction site, the SXSW crew, designers, and architects unveiled a 3-D model of the structure.

Inside on the ground floor of the planned 145,000-square-foot center will be a main entry plaza with retail and office space. Five of the 12 floors are dedicated to parking, three are unoccupied, and the remaining floors and rooftop terrace will be for the SXSW offices.

With a wave-like structure, the design brings a modern edge to the 1400 block of Lavaca. For lead architect Pei Cobb Freed & Partners, this project will be their first venture into the Austin market. According to SXSW CEO Roland Swenson the architecture firm ultimately won the bid because of its plan to preserve the heritage live oak trees on the property. Proposals from other firms recommended underground parking which would have dug up the existing trees.

dwg., the lead landscape architect, is working closely with the city to preserve the live oaks with a soil extension system called Silva Cells. According to their website, “The Silva Cells are placed beneath porous paving in these sections, allowing roots to extend beneath porous paving areas.” In addition to maintaining the tree canopy, dwg. is creating a limestone walkway, rain gardens outside the building, and a rooftop terrace on the 13th floor penthouse.

The currently under-construction land was originally home to the Farm & Home Savings Association, where a time capsule was encased in 1971. To celebrate the groundbreaking, the 46-year-old capsule was opened. But, rather than traveling back in time with memorabilia from the State of Texas, Austin Chamber of Commerce, University of Texas, and the Austin Public Library, the contents were revealed to be a soil-strewn mass of unidentifiable artifacts. Lesson learned: Make sure your time capsule is waterproof.

Learn more about the new SXSW Center and see the designs. 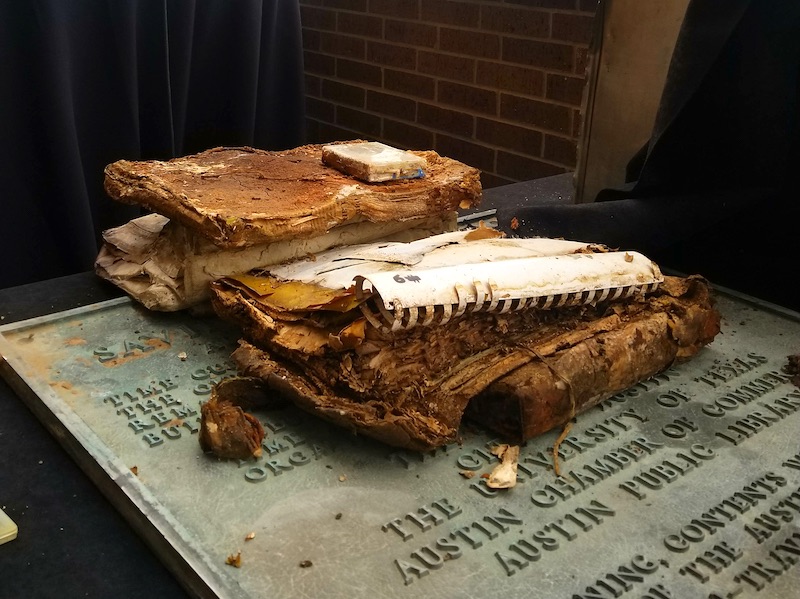 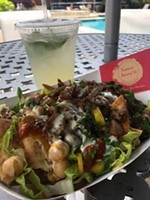 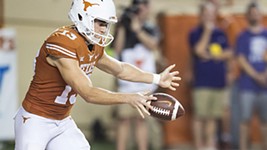