Visiting Austin? You're going to want to take some pictures.

By Kimberley Jones, David Lemon, and Will McCarthy,

Much as if a tree falls in a forest … (you know the rest), will anyone believe you were in Austin if you don't have the photographic evidence? Here are a few of our favorite photo ops.

W 24th St.
The Main Building is a 30-floor structure at the heart of the University of Texas campus. Colloquially known as the Tower, it is the definitive symbol of Longhorn academics. The building’s lighting scheme will change on occasion, most notably orange for school achievements. A stain was left on the Tower’s history in August 1966, when engineering student Charles Whitman opened fire from the observation deck in what is now considered the first mass school shooting. 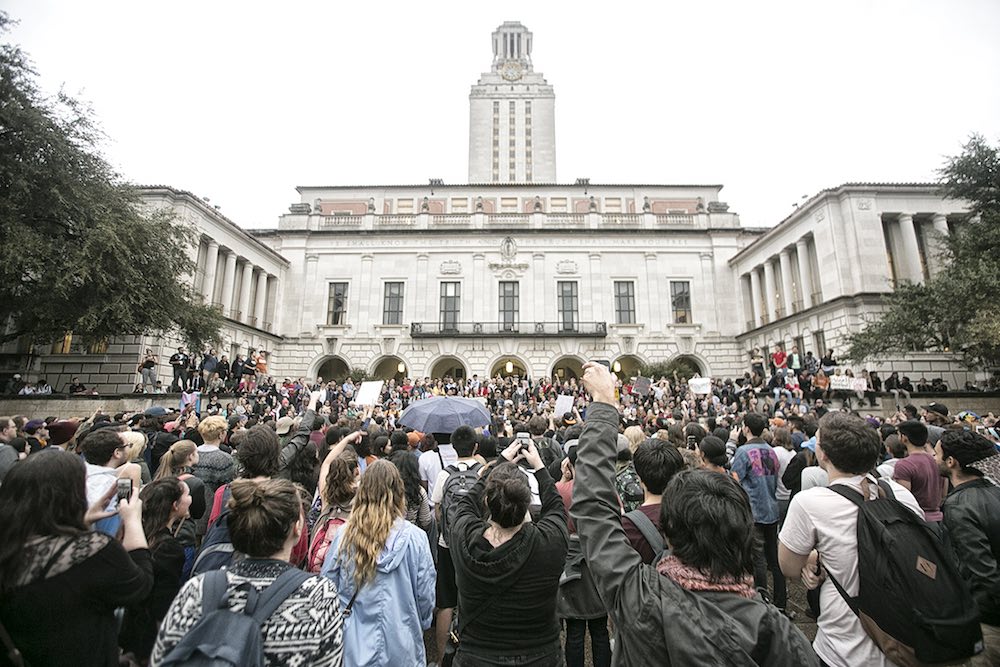 1100 Congress
You might forget you’re in Texas while visiting the liberal oasis that is Austin, but the Capitol building is a pretty big reminder. The sunset red granite gives the building a beautiful pink hue and the manicured lawns surrounding it are the perfect place to snap a photo. And yes, it’s taller than the one in D.C. 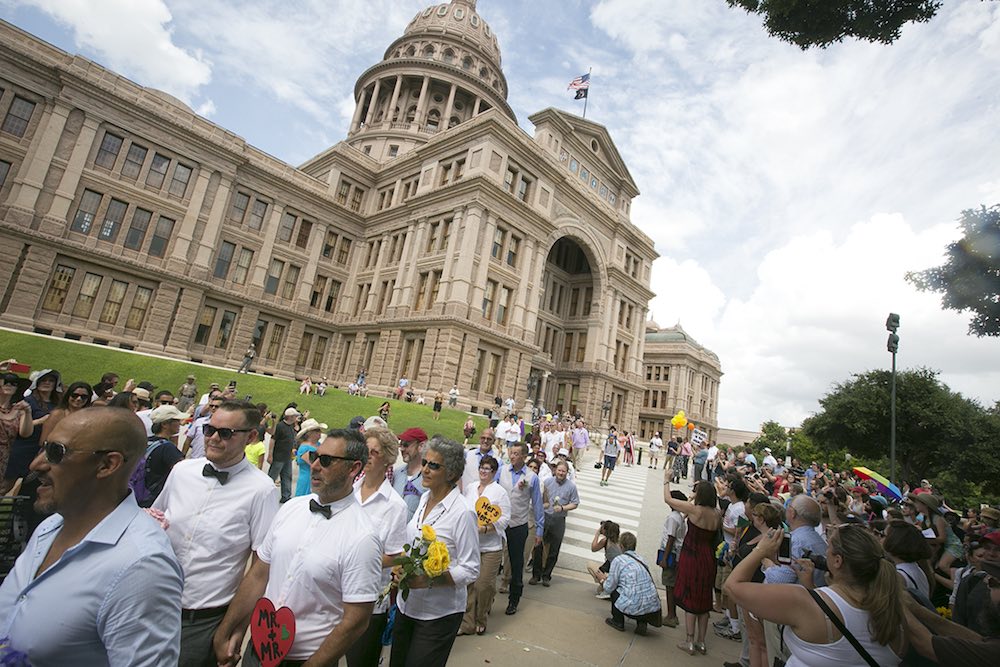 In 2015, the Texas State Capitol grounds played host to The Big Gay Wedding, at which approximately 50 gay couples were wed after the U.S. Supreme Court made discrimination against same-sex unions illegal. (Photo by Jana Birchum)

Stevie Ray Vaughan: 800 W. Riverside; Willie Nelson: 301 W. Second (Willie Nelson Blvd.)
Guitar god SRV left us too soon, in a 1990 helicopter crash, but he shreds in perpetuity at Auditorium Shores. As for Willie? Well, you may know him as the red-headed stranger, but to us, he's just family. 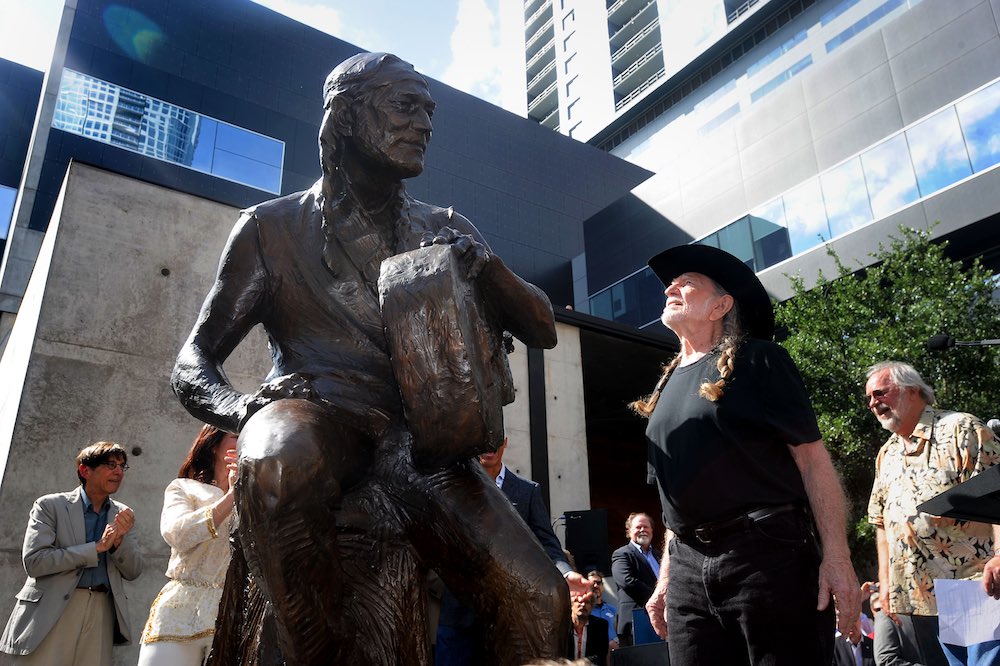 605 Robert E. Lee Rd.
Spend time with the work of Charles Umlauf in this majestic escape adjacent to Zilker Park. A renowned American sculptor whose work ranges from neoclassical realism to lyrical abstractionism, Umlauf taught at the University of Texas for more than 40 years. He donated the property and many pieces of work to the city, for education and enjoyment. 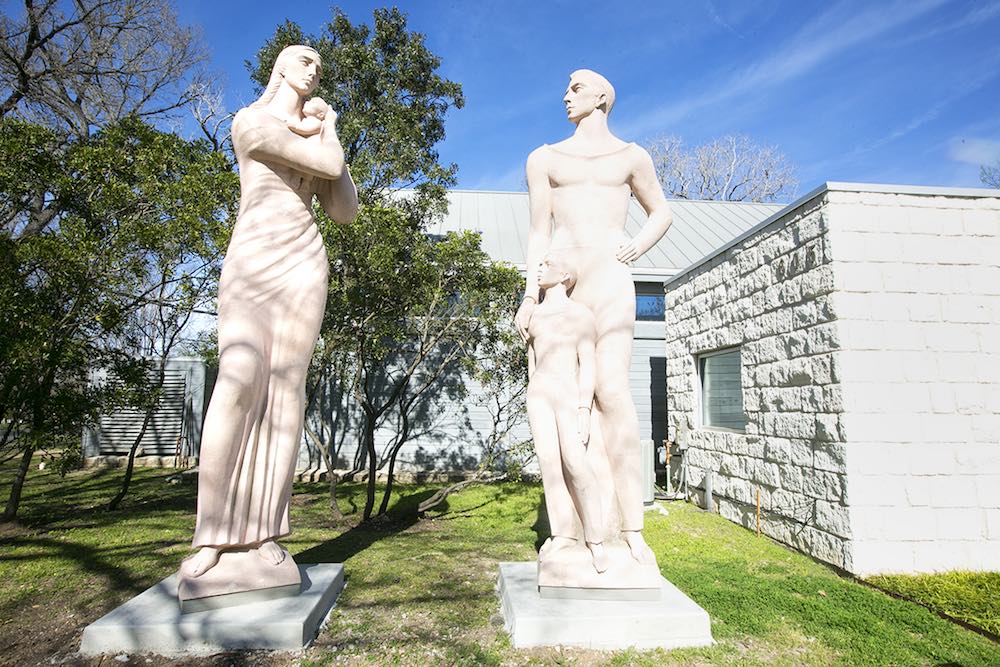 Various locations
Compared to other major metropolises, Austin may seem like an infant city, but we have a few historical tricks up our sleeve. Case in point: our giant moonlight towers, first erected in the late 19th century, and still in use today. They're sprinkled around town – just keep your eye on the sky.

3800 Mt. Bonnell Dr.
A gentle hike earns you a stunning bird's-eye view of Lake Austin and the Hill Country. Bonus points if you photobomb a marriage proposal in progress. 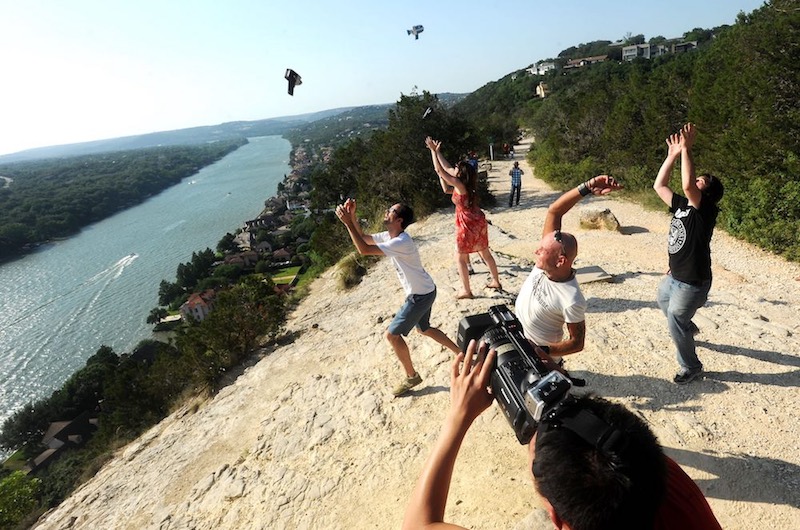 2201 Barton Springs Rd.
Diehard swimmers will tell you the water's always fine at this popular springs. Personally, we think 68 degrees is the perfect temperature to take a picture from the sidelines. 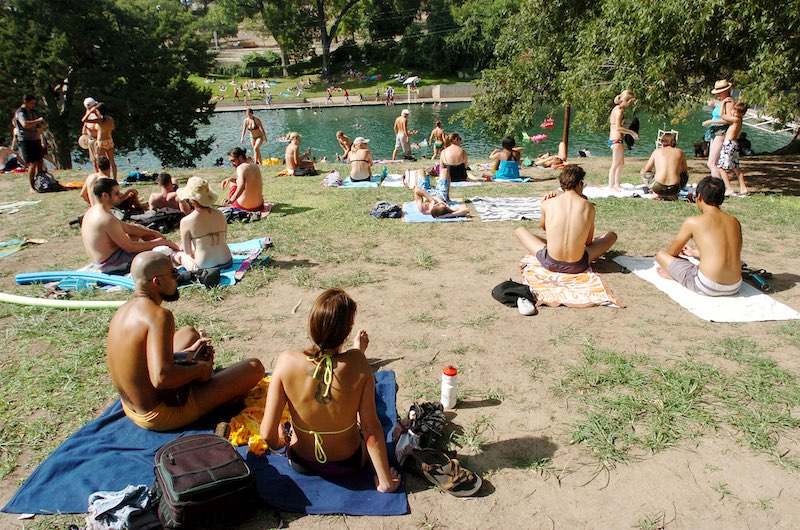 2100 Barton Springs Rd.
The spot of the Austin City Limits music festival, December’s Trail of Lights, and countless other festivals, Zilker Park is the place to be on a sunny day, and it’s the ideal spot for a photo op. The expansive green lawn is framed by sprawling live oak trees with the city skyline towering over it all. 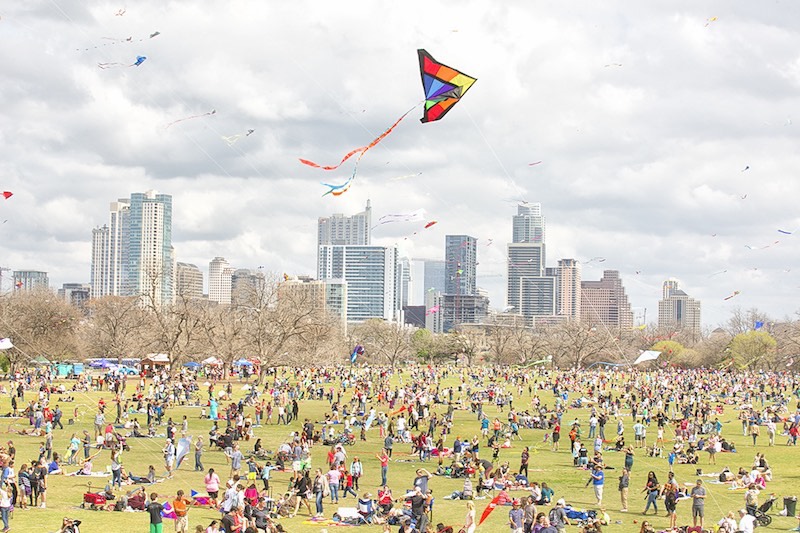 5808 McKinney Falls Pkwy.
If you’re willing to make the trek out to Southeast Austin, you’ll be greeted by gorgeous twin waterfalls that feel far more removed from the city than they actually are. It’s worth it – the clear blue water pouring over classic Texan limestone cliffs makes a spectacular backdrop for a selfie.

The Boardwalk at Lady Bird Lake

Parallel to East Riverside between I-35 and South Congress
If you’ve got wheels, take your camera for a ride. This 10-mile hike & bike trail will take you over and around Lady Bird Lake, offering a bird’s-eye view of couples doing yoga, early morning paddleboarders, and the splendor of Downtown Austin. 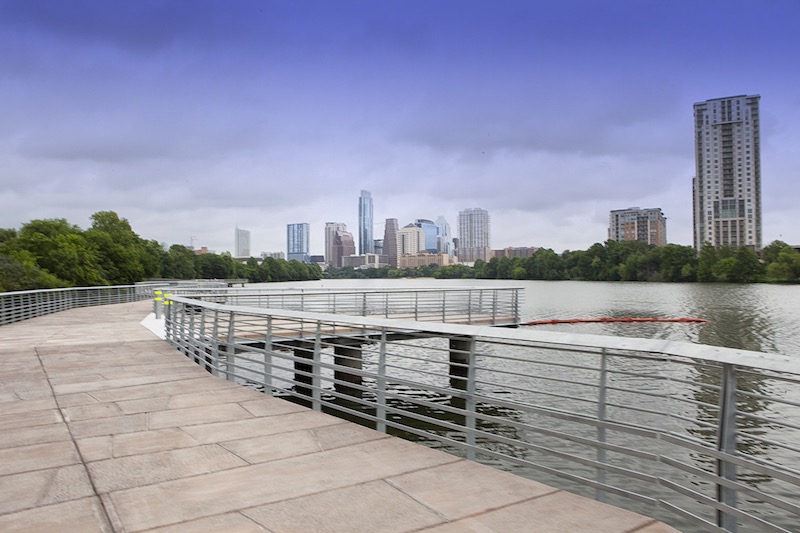 Hi, How Are You

i love you so much

1300 S. Congress
Story goes that when the owner of Jo's Coffee was having a bad day, her girlfriend stealth-tagged the storefront's north wall to put a smile on her face. Admit it: Now you're smiling, too. 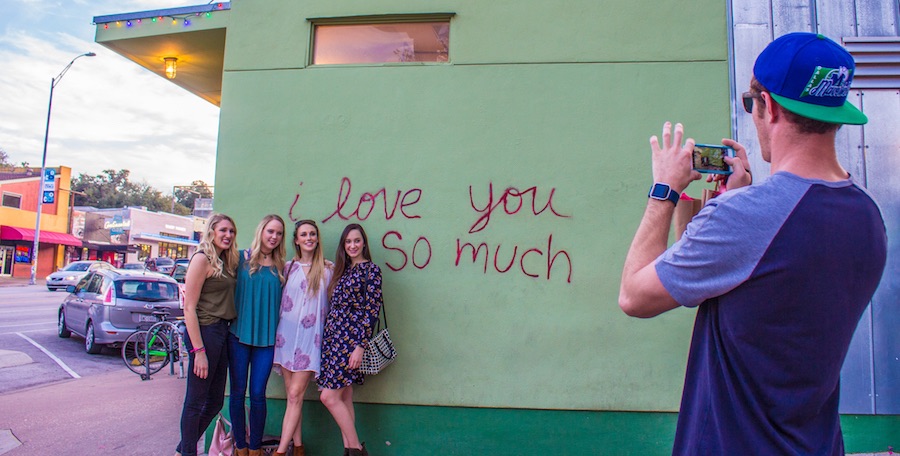 Annie Street & S. First Street, on the side wall of Roadhouse Relics
Why send a postcard when you can insert yourself into a life-size one? 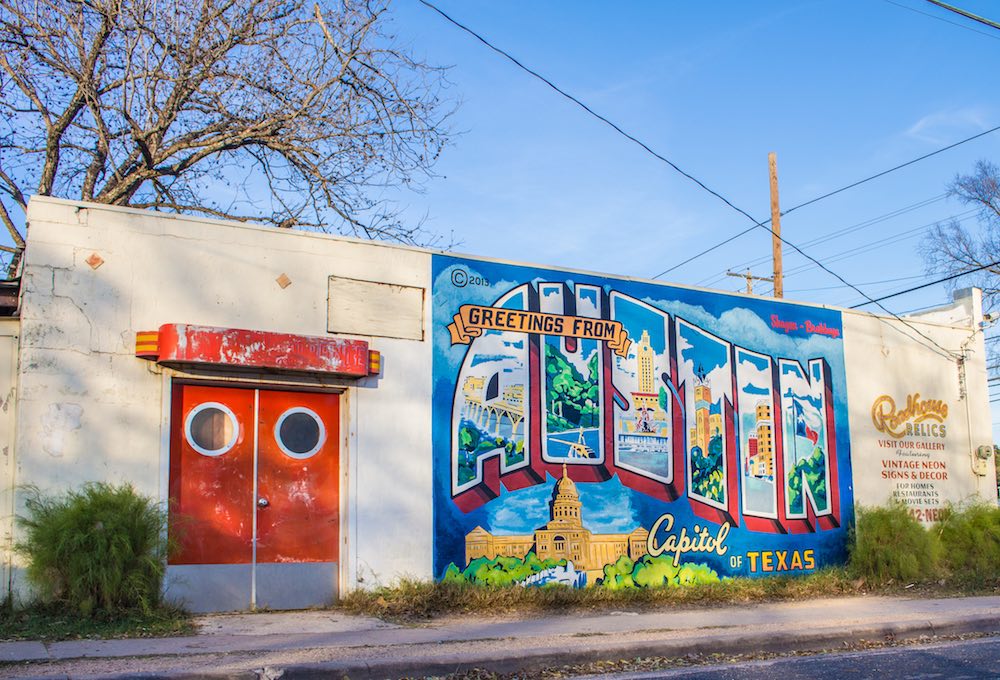 1619 E. Cesar Chavez
This longtime symbol of Latino heritage in historic East Austin became a flash point in Austin’s ongoing gentrification battle when it was briefly painted over in 2015. The community rallied to restore the original mural and expand on it – including a new portrait of the late Tejano star Selena – making sure this landmark would continue to make its mark for years to come. 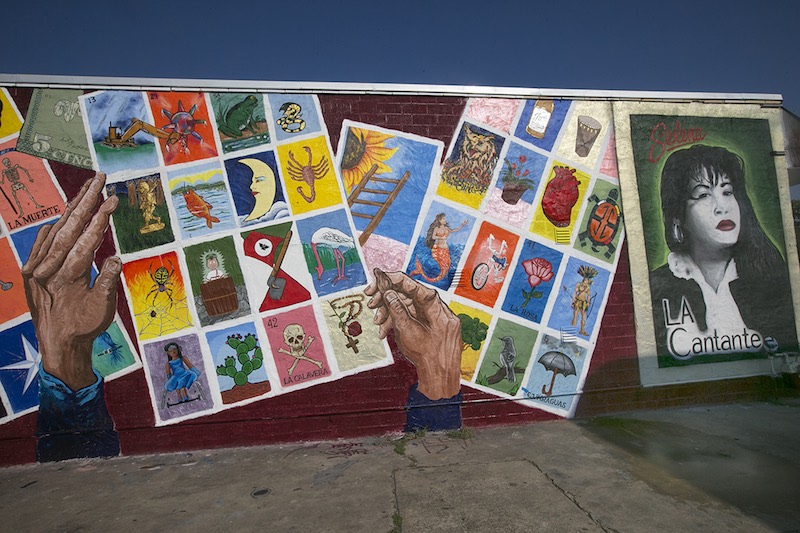 1101 Baylor
This collection of murals is in a constant state of flux as folks add to and adapt the sprawling graffiti walls. At least you can tell yourself that your every photo is a unique experience – the picture you take today might not even exist tomorrow. 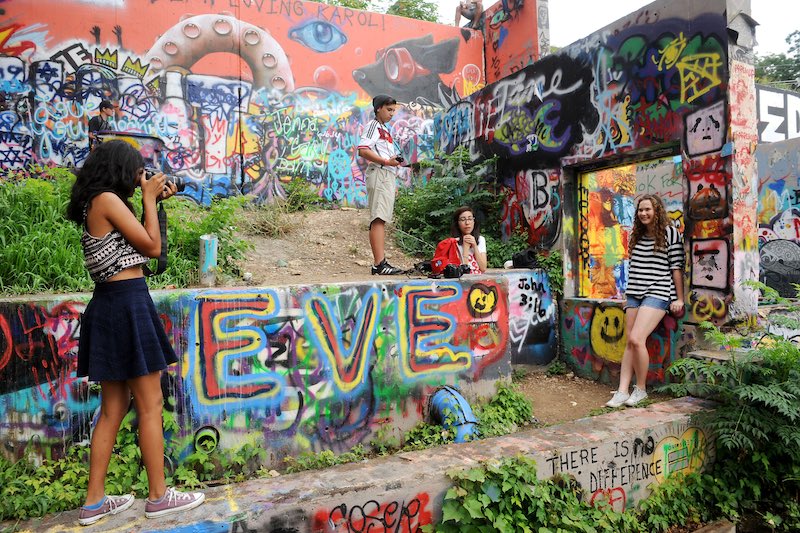 2602 Guadalupe
Local artist Rex Hamilton has turned the entire exterior of the hostel into a rambling, psychedelic, and bizarre piece of art befitting a visit to Austin. 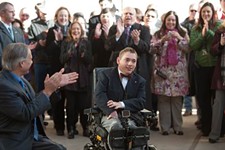 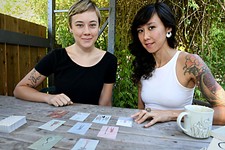 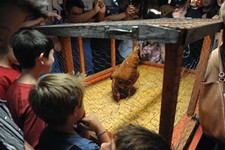