Everyone's favorite li'l blue engine that could comes to Burnet 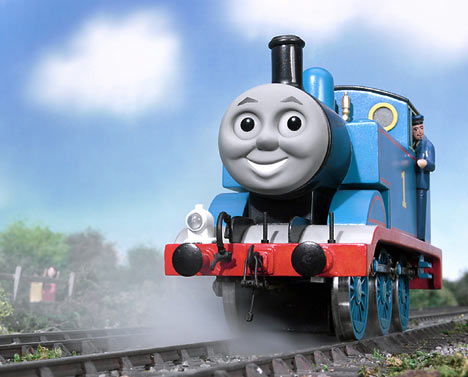 The man, the myth, the Tank Engine!

Thomas the Tank Engine: that famous blue engine that resides in Sodor and in the hearts of little kids everywhere is pulling into The Austin Steam Train Association’s Burnet, Texas Depot September 28 and 29 for Day Out With Thomas™: The Go Go Thomas Tour 2013, a day of adventure on the rails! 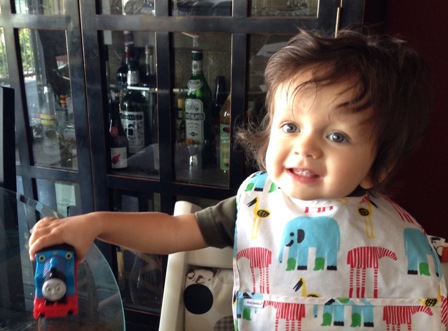 Thomas, a fine distraction before the lad discovers the joys of what's in the cabinet behind him... (photo by Terry Woodroffe)

As a first-time parent, I (albeit naively) assumed Thomas was new on the kid-hero block. My friends with older kids would leave train cars and storybooks about, so I was marginally aware of his existence in my pre-child days (those glory days that included solid eight-hour blocks of sleep). While I wasn’t sure at first if I was ready to welcome the train station of imagination into my own home, it only took one gifted tank engine toy to hook my kid in. I figured it couldn’t be that bad, the Brits were responsible for Doctor Who, Sherlock and my husband, after all.

The Thomas cartoons followed, complete with the well-mannered and very British train conductor, Sir Topham Hatt, and before I could catchphrase, “Go, Go!” we had a full-on Thomas groupie on our hands.

And you know what? I’m okay with that. The cartoons are illustrated brilliantly and it’s sweet to hear my little Tiberius running around the house going, “Choo, CHOO!” all day long. It’s certainly a welcome respite from the purple dinosaur and bilingual backpacker we might have been saddled with. And besides, there’s bonafide history behind the franchise.

Thomas (Well, his friends mostly. He didn’t arrive until the second book.) was written into existence as part of The Railway Series by Reverend Wilbert Awdry and his son, Christopher. These books began in 1942 and continued through 2011. These stories were based on actual events, and Thomas and his friends were designed from existing locomotives. There, the stories moved into the TV series (early seasons featured Ringo Starr and George Carlin for the UK and US versions, respectively), films, theme parks and, of course, the infamous toy train sets.

For years in the United Kingdom, Thomas the Tank Engine toured around the heritage railways. He’s since branched out with tours all over the world, and is expected to have one million visitors this year in the United States. (One million, y’all. It’s probably a good idea to get those tickets in advance.) I’m pretty psyched to see the mile-wide smile on my kid’s face when he sees the real deal. It’s a 25-minute long ride, but the day’s activities include storytelling, an inflatable circus train, mini golf, rock wall, train tables, magicians, jugglers, face painters, and (because we’re still close enough to Austin, after all) temporary tattoos and live music. All that pretty much guarantees me one worn-out little man and (dare I jinx it?) an early bedtime filled with locomotive dreaming.

Tickets for Day Out with Thomas™: The Go Go Thomas Tour 2013 are on sale now and available by calling Ticketweb toll-free 866-468-7630, or by visiting www.ticketweb.com/thomas.html.

Ticket prices are $18 plus tax for ages 2 and up (service charges and fee may apply).

For more information and directions, contact the Austin Steam Train Association at 512/477-8468 ext. 2 or visit www.austinsteamtrain.org. 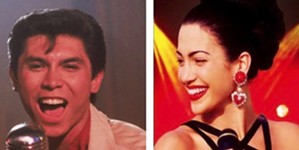 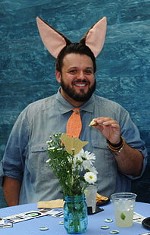