A chat with Meg Bodi, master of esthetics 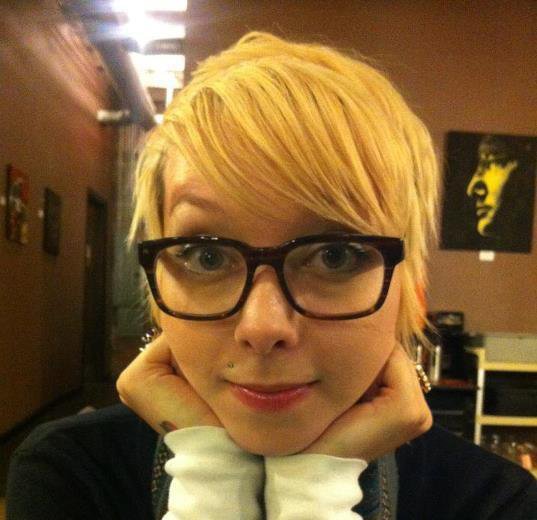 I’m not even sure those are Meg’s hands

Along with a dozen or so other part-time degenerates, Meg and I tubed the San Marcos River last Sunday. Why the San Marcos? Well, it's beautiful and trashy all at the same time - not the river, mind you, but the people on it, and that suits me and my friends just fine.

The San Marcos has seen a surge in popularity recently after the city of New Braunfels passed a container law aimed at beautifying the environment and getting drunk idiots off the Guadalupe and Comal rivers.

Thus, the San Marcos is a bit like Dodge City. You could probably murder a prostitute on that river and get away with it. OK, that might be a bit of an exaggeration but that certainly is the feel of the place.

Meg showed up for the tubing trip with a very stylish straw hat and sunscreen with an SPF of something like 95, which is the functional equivalent of being on the dark side of the moon. She also brought four huge cans of hard apple cider. She might as well have been Borat. Nonetheless, she proved to be an able tuber for an alabaster skinned young lady from the North Shore. Not surprising. Meg is multidimensional - and I'm not saying that just because it alliterates.

She is a singer, an actress, a thoroughbred clotheshorse, and an aesthetician, which has something to do with the nether regions, but until this interview I was afraid to ask. She is also a blast to hang out with and I am not just saying that because I am still drunk on tequila.

LuvDoc: We just spent an entire Sunday tubing on the San Marcos. Did your sunscreen work as well as mine? My skin looks like biscuit dough.

Meg: Hahaha. I had a tiny bit of a burn on one shin that was gone by morning. Otherwise, I did okay. That was a lot of sun.

LuvDoc: Yes, a monstrous amount of sun. You really have to put away a lot of tequila to fight off any possible skin damage. I think I read that in Cosmo or something.

Meg: Tequila is great for skin.

LuvDoc: I always feel well lubed when I drink it, but that's totally anecdotal. Studies may prove otherwise. OK, we should start this interview.

LuvDoc: OK, I know you're from Chicago, but that's like saying "I'm from America." Can you zero in on that a bit? 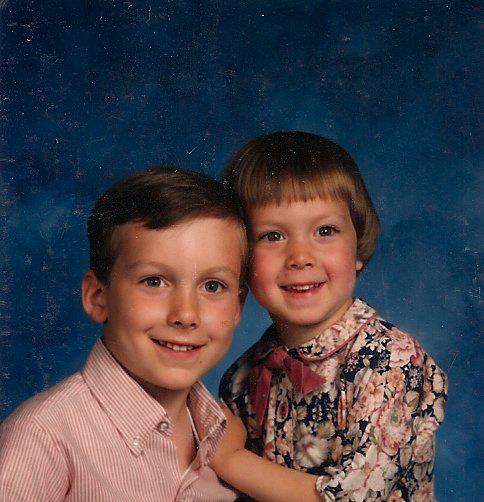 Meg and her bro are happy to be from Lake Forest – as a opposed to … say … Lake Desert … what a shit hole.

LuvDoc: Yeah, you've got to drop some coin if you want both lake and forest. North shore of what lake? Michigan? Erie?

LuvDoc: Bet you weren't prepared for Geography stumpers like that. So, you grew up in the burbs and from that hardascrabble cultural impoverishment, you were somehow able to mold yourself into a kick-ass singer, actor and aesthetician. I believe that is what is referred to as a triple threat.

Meg: I think there are summer camps for that.

LuvDoc: So you grew up singing in the Pentacostal church or were you more of a listening-to-mom-and-dad's-old-Journey-albums type?

Meg: I was more of a listening to the oldies station when I spent weekends with Dad, and listening to Phil Collins and Celine Dion albums with Mom. 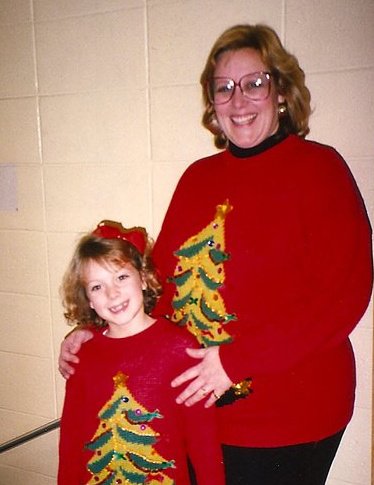 This is what can happen when child abuse goes unreported.

Meg: No church choirs ... although I was in a "semi-professional" youth choir. I sang in a concert at Carnegie Hall when I was 12.

LuvDoc: Damn. Carnegie? That is semi-pro. You must have gotten a serious case of the big head.

Meg: Still fighting it. Singing karaoke with Joey Pescado has really helped me keep it in check. He is so good, it's humbling to be in his presence.

LuvDoc: I know. The man is a legend for sure. You have told me before that you went to Los Angeles to become a star. How did that work out? Did you at least get to do some coke with Charlie Sheen?

Meg: Hahaha. I went to LA to go to college. I'd had enough of the freezing cold winters. I did study theater in college and do a few jobs outside of school - most famously you may remember me from the first few seconds of some national Pizza Hut ads in 2008-9.

LuvDoc: Bam! A star is born. What college did you go to?

Meg: And while I never did the kind of lines you are referring to, I did get to recite lines from King Henry IV Part 2 with Martin Sheen, which was pretty incredible. Loyola Marymount University.

Meg: Hahaha. Yeah, I certainly thought it was cool to be doing a scene with the President. It had been 20 years since he had played Henry, and he still remembered every word.

LuvDoc: The President? F that S. Martin Sheen was Captain Willard in Apocalypse Now. He totally crushes it with that drug addled karate-moves-set-to-Doors-music scene at the beginning of the movie and then just shreds it from there all the way to the end of the film. If I was either of the Sheen brothers I would have killed myself a long time ago. That's just too much to live up to. OK, I guess I am a little star-struck. And if you haven't seen Apocalypse Now, please don't tell me. My heart has been broken enough this week.

Meg: I'll have my people send you my autograph after the interview.

Meg: I will not tell you that I have not seen it.

LuvDoc: Really? That is sweet of you. Now you have time to rush out and rent it before I see you again and make you run through some plot points. OK, so...you're in LA, reading scenes with Martin Sheen...how did you end up in Austin...plus we still have to get to your job which is going to be crazy fascinating I'm sure.

Meg: I was ready to leave LA - it's a pricey place to try to get by - and Austin just edged out the also hip but colder cities of Seattle and Portland. 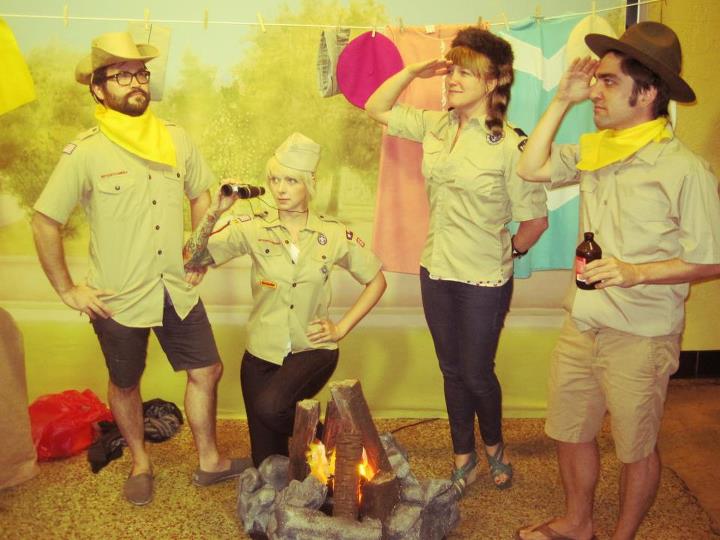 LuvDoc: That seems pretty obvious. Yes, they have things like moisture and greenery and cool temperatures, but they make shit margaritas and have never even heard the word "migas."

Meg: You also can't get queso there.

LuvDoc: Might as well be in Somalia. So how did you become an aesthetician? It sounds so glamorous until you get to the part about ripping off dudes' scroat hair. Then it sounds a lot like the Spanish Inquisition.

Meg: Hahaha. Well, after realizing that I care about making a decent living and the whole struggling-actress-living-the-dream thing was pretty overrated, I did some research and some soul-searching and thought doing hair and makeup sounded pretty good, plus it's essentially recession-proof. So I went to 700 hours of cosmetology school here in Austin, realized that my slightly OCD tendencies made doing hair very difficult for me, but that the little bit of waxing I had learned was very satisfying for those same OCD tendencies.

Meg: I switched my track to esthetics and the rest is history.

LuvDoc: Wait...so I have been spelling that wrong all along?

Meg: Not if you're British.

LuvDoc: I see. The British are always throwing in extraneous vowels ... must be their proximity to the French. So how many days a week do you work? Do you get repetitive motion injuries? Do you do most of your work above the waist or below?

Meg: I work four days a week some weeks and seven other weeks. I'm a regional trainer for my company, so whenever a new store opens in Texas, I'm often sent to train the staff for a week. When I'm not training, though, just 4 days.

Meg: We waxer ladies often do get wrist strain, calluses, and back problems. Leaning over women's nether-regions all day is hard on the body.

LuvDoc: Tell me about it. 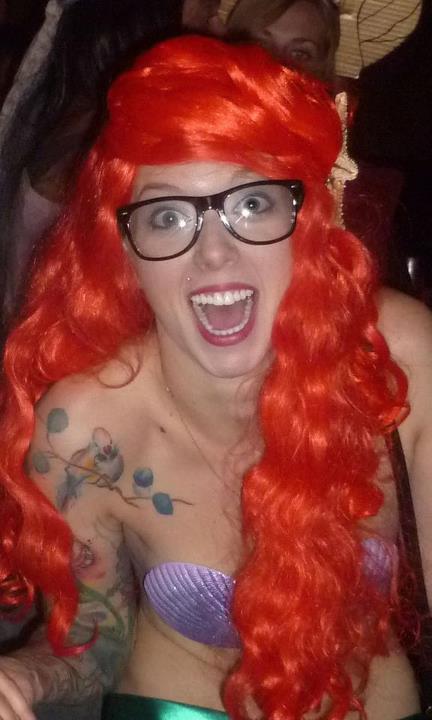 Sometimes you go a little crazy with the waxing and have to borrow someone else’s hair.

Meg: I'd say probably 75% of my average workweek is taking care of areas below the belt.

LuvDoc: So would you say you have seen more vagina that say ... Wilt Chamberlain?

Am I going to have to explain who Wilt Chamberlain is?

LuvDoc: Center for the LA Lakers and famous swordsman - metaphorically speaking, and primarily by his own estimation. Oh ... are you saying you have him beat?

Meg: Basketball has never been my thing...

LuvDoc: So how often do you see customers? I mean how often does the average person come in for depilation?

Meg: Every two to four weeks, depending on the client and the service(s) he/she is having done.

LuvDoc: That's not a bad return rate. This esthetician thing could really turn out to be a gold mine.

Meg: I have known some women who make more waxing than you could probably imagine.

LuvDoc: Where money is concerned my imagination is pretty limited, that's for sure.

Meg: It can be pretty lucrative.

LuvDoc: OK, so ... for all those aspiring estheticians out there... what should they do to get their start in the business ... I mean, besides going to Hollywood and hanging out with Martin Sheen and being a badass singer and stuff?

Meg: Go to the best school you can, and get over whatever discomfort you may have with seeing and working with people's intimate bits.

LuvDoc: Solid advice. I'm sure it ain't all wine and roses.

Meg: It can get pretty gnarly. 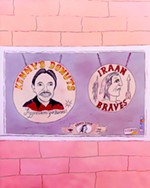