In 1988, The Austin Chronicle asked some high-profile Austinites – musicians, artists, socialites, politicians, business people – for their New Year's resolutions or wishes. For no particular reason, we thought 2010 would be a good time to try again, and this time we threw in some L.A. folk for good measure. 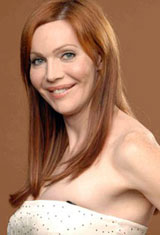 "In 2011, I'm resolving to spend less time on worries so that I can find more time for art."

"Those seeking disclosure of UFO information (in 2011) will be surprised to learn it has already happened."

"Well one thing I've been working on and want to take into the new year is - Be more grateful for my 'I have's' and worry less about my 'I wants'."

Realize nothing matters on Facebook, and, oh yeah … to live without complaint ..... :)

"I am going to try to go for a whole year without waking up the morning sporting a Sharpie mustache."

"I only pray for two things. I pray for peace. And I pray for strength. If you have those two, everything else works itself out. I wish everyone peace and strength in the coming year."

"I don't believe in makin resolutions 'cause I know I ain't gonna keep 'em and I hate to set myself up for failure. Sometimes I'll do a little detox from junk food, drinkin', and drugs for the first week of January. Especially if I had a wicked hangover from New Year's Eve. Plus I always make my black-eyed peas, collard greens, and cornbread to ring in the new year!"

"I am excited about 2011! January 1 provides an opportunity for a 'fresh' start. With mid-2010's challenges regarding the economy, taxes, and unemployment, many citizens have a concerned outlook on the future. The new year will provide us all an opportunity to reflect on how blessed we really are. I encourage everyone to take time for positive reflection which will help make 2011 a year of incredible potential and growth." "I mostly hope the new GOP House of Reps comes to a compromise and lets the Democrats keep the wonderful plan to extend un-working Americans' unemployment benefits for 99 weeks!!! I want our deficit cut, yes, but let's not get ridiculous!!!! This is definitely my New Year's wish.

" 'Consume Less Wastefully!' - For a variety of reasons, I am motivated to be a smarter consumer. It's better for reaching my green goals, it is better for my pocket book, and it's even better for my waistline if you interpret my resolution to include food as well as other items of consumption!"

"It seems like I've said the same thing the last three years: This is going to be the year that gets better for all of us. Well, I'm doing my best to make sure that happens. And I want to keep things less complicated. I mean, we aren't operating on babies here."

"My goals for 2011 are: to release three different records under three different names, learn to play the clarinet, use all my excess coinage to buy a telescope, finally read Moby Dick, somehow get to Paris, and go the entire year without once hearing Green Day. I'd also like at some point to be able to publicly exclaim, "This is an outrage …" and have it sound completely natural. I think I've earned that much. And if it's not too much to ask, I'd like to also perfect an unhittable pitch that moves say around 65mph and takes me straight to 'the Show.' Feel-good story of Summer 2011."

"I want to stop worrying about the recession. Small-business owners especially make a sport out of worrying. There is so much abundance in the world. We need to focus on what is positive. My resolution is to simplify, declutter, and shop at home/in my closet. We need to rediscover our abundance and riches because we all have so much." "Homes for everyone and more interest in supporting House the Homeless/Dialogue and understanding between religions/More involvement with people in the community in the Texas Coalition to Abolish the Death Penalty/I ask for lower property taxes/Success for "Best of Times" to raise $280,000 for Theatre Action Project/Success for Family Time Rocks! to reach one million families/To help my oldest daughter finish recording her astounding songs/To help my youngest daughter w/sewing, drum, and acting lessons/To go on David Letterman/To be debt free/To return to the Legislature and thank them for making me Official State Musician and ask them to reinstate funding for the arts in schools and give future poet laureates, artists, and musicians a stipend of $5,000 each so they can tour the state of TX and talk in schools about what it is like to be a real artist, creating for the love of creating/For people to start using manners again/For there to be a cure for AIDS/To perform in our sister city in Germany as a representative for the city of Austin/For the person who took $10,000 from my friend, David, to return it and be an honorable man/To spend time laughing/To thank God for all the miracles and connections/To make cookies for the woman who delivers my mail/To go to Hawaii for a well-deserved vacation." 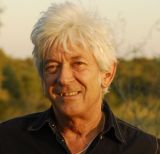 "My New Year's resolution is to bring the Faces to Austin, play more Lucky Lounge shows with the Bump Band, paint more, and to get on my bike and ride the damn thing even if small dogs try to get under my wheels." 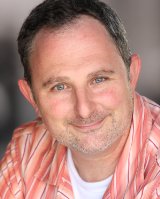 "My New Year's resolution is to have more sex with my wife; unfortunately, it is not hers!"

"Way more time on music, way less time on business. And even less thinking. What have we got but our friends, our work, and our family?? That's what is important."

"My new year's resolution is to get up an hour earlier in the morning. And cultivate the caffeine addiction necessary to pull it off."

"My New Year's resolution is to do everything possible to minimize the damage to people – including children, the elderly, and people with disabilities – whose health care and welfare services will be cut as a result of leadership's declaration to "live within our means" and not increase any taxes or adopt new ones to address the projected $18-25 billion budget shortfall next session. I also resolve to stop Texas from opting out of the Medicaid program. Finally, I resolve to swim more at Barton Springs and Deep Eddy pools and to take more long walks through the Allandale neighborhood and Northwest Park."

"Do better this time around."

I spent much of 2010 taking care of my dying father. Before actually doing it, I had no idea how it would go. I would stress out about it in anticipation, wondering if this was something I could ever do well. But when the time came, I just did it. I just put one foot in front of the other and did what needed to be done. I tried not to dwell on my fears. Basically I just lived in the present moment. And it was really pretty great. I strengthened my ability to live in the present and deal with what was right there in front of me instead of freaking out about the past and the future.

My only resolution for 2011 is more of that. If I actually examine what's going on right now in the present for me, time can get really expansive. Right this second I'm not actually going down in a plane that's been targeted for a terrorist attack. I'm sitting at my desk with the door open, feeling a balmy December breeze and hearing birds and I-35. I just had a nice breakfast. I myself am not dead yet. I don't know what the future holds. I don't live there yet.

"In 2011, Schmillion resolves to take it up a notch musically and get in front of a wider audience. We're excited about finally releasing our CD, going to CA in January and SXSW. We also resolve to check our email more often. Personally we'd like to spend more time with one another as friends."

"My resolution is to age backward so that I'm 26 in time for touch football in October."

"Resolutions and hopes for 2011: In a nutshell, 2010 has been a pretty good year - all things considered – but it has been a year of challenges. I am hoping for a 2011 that is filled with more fun than what I experienced in 2010. Below are my priorities/resolutions.

"Personal: become a diaper-free house (with a 2-year-old and 4-year-old – this is a big deal for 2011), do sit-down family dinners together at least 3 times a week (very challenging given City Council Member schedule), make time to exercise at least 3 times per week, lose weight, take a kid-free week-end vacation with Kayla, win my re-election campaign for City Council.

"City Council: work more closely with each of my colleagues and City staff to improve our overall ability to get good things done for the City and ensure reliable and affordable City services; spend a lot more time and energy working to improve neighborhood safety and parks city-wide; do whatever I can to ensure the successful development of the Waller Creek District; and support efforts that promote economic opportunity and well-being for all Austinites.

I've been thinking, 'more fun in one-one.' Maybe that will be my theme for the new year – at least at home, if not at City Hall :-)"

"I'm going to try my darndest to find a better work/life balance. And I'm determined to shed the 20 extra pounds I put on in 2010. (Thank you Crunch food, you mixed blessing, you!)"

"Stretch more, empty my in-box, work to save federal funding for public broadcasting, continue to enjoy life in Austin, Texas." 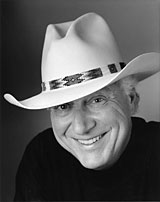 "My resolution this year, considering that Snoop Dog has dedicated his new allbum to Prince William, will be to stay away from as many media streams as possible."

"All of which have an equal chance of happening, I'd say."

"I just played a character called Kemp in a play called Vigil by Morris Panych, who thought that resolutions were stupid and pointless. Kemp says, "They're celebrating a New Year, Auntie. Idiots. I suppose they've all made resolutions to improve themselves. To wipe the slate clean and start all over again. Why promise yourself to be a better person? You might as well promise yourself to be a taller person. How does one change anyway? Short of cutting off your own head and sticking it on backwards, what are the options?

My resolution? I suppose I resolve to take better care of myself. I started exercising again in October, and plan to keep that up. My sweet wife, Katherine Catmull, comes from hardy Mormon stock that live excessively long lives, while I am the oldest living Webster male at 53. I hope to spend as much time with her as possible.

Special thanks to Jerry and Brandie.

How to Be Your Best Self in 2019
Take a class, learn a language, find your people