Some things are not meant to be read while the sun is still out.

Criminal is one. Whenever I'm lucky enough to score a new issue of this ongoing comics series by writer Ed Brubaker and artist Sean Phillips, I save it to savor in the small cone of a lamp's light surrounded by the dark. It's a book made for night. 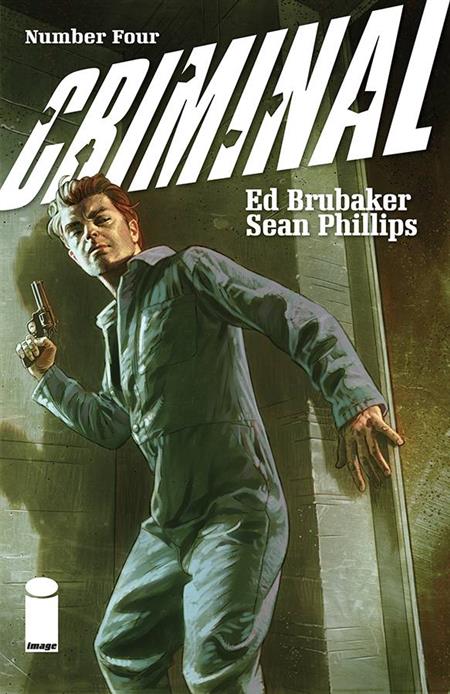 That's not just when most of the action takes place in Criminal's tales, that's where its characters eventually find themselves immersed mentally, emotionally, spiritually – in dark nights of the soul. Maybe they're grifters or thieves, maybe they're pulled into robberies against their better judgment or just pulled toward the wrong person, but whoever they are and whatever the situation, at some point they find themselves in over their heads, pulled where they shouldn't go, and they know it. They know it, and they know it will end badly. Very badly. The most recent issue, the sixth in the current series published by Image, begins with this bit of narration: "Teeg Lawless was in love and it was the worst thing that ever happened to him … He was sure of it." Before the issue is over, this veteran thief and enforcer flashes back to the moment he let his guard down with the woman he's fallen for, literally lowering the gun he has trained at her while she's aiming one at him, and the captions read: "Even though there was murder in her eyes … He smiled. That idiot smile. That's how he knew he was doomed." That's part of the beauty of Criminal: Brubaker's writing, which captures a character's realization that the job is going south, that he's going down for the third time, in a few sharp words edged with irony. The gist of it being (not Brubaker's words): It was a bad idea, and he knew it. He fuckin' knew it. It's quintessential noir, this awareness of impending disaster, almost always tied to some baggage of the past, history that won't be ignored, that can't be escaped, and Brubaker invariably makes it sing. Though the slide into darkness may be familiar, his treatment of it makes it fresh, the tension roiling your gut, the encroaching blackness something to dread. You can credit Brubaker's craftsmanship for much of that, but don't discount his sheer love of noir in making Criminal a work that consistently grabs you by the lapels and throws you against the wall. His fervor for the form bleeds off every page. The desire, the rage, the greed, the double-dealing, the violence, the fatalism, the bleakness, the blackness – they're fueled by Brubaker's passion for noir.

And to make Criminal's readers feel fully immersed in the dark, Brubaker has an ideal collaborator in Sean Phillips. His art is heavy on blacks, swallowing garments, furniture, the interiors of cars, the entire night sky. Wrinkles on faces are so thick, they seem more like inky scars. Even in scenes that take place during the day, Phillips keeps the lines thick and heavy, as if they're weights pulling the characters down. In many of his closeups, the artist will frequently light only half the face, so that the other half is lost in shadow. And that's indeed what most of the people in Criminal are: lost in shadow, wading through some unsavory, unsafe, unlawful current until they hit that spot where they're pulled under. (One of my favorite elements in the Criminal world is the bar its characters frequent, a dive located below street level called the Undertow.) Adding to the atmosphere established by Phillips' pencils and inks are the colors provided by his son Jacob. He'll wash a scene in a purple suggestive of a bruise or a magenta like the glow of a neon sign or the pale, pale blue-white of a TV screen when it's the only illumination in a black room. For these figures who are more shadow than flesh, it's the kind of light you encounter long after midnight, when almost no one is around, when the lost people wander. The Phillipses create a visual component as moody and compelling as Brubaker's words, though with a quality that leaves you haunted in a way that perhaps only images can. 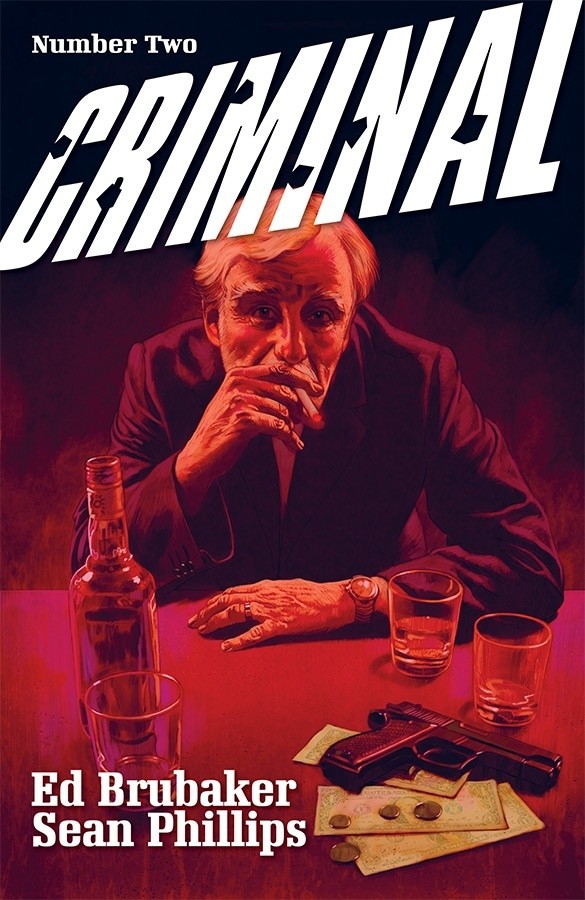 Criminal has been published off and on over a dozen years now, with almost everything to date collected in trades, but I prefer to follow the series in individual issues. Part of that is habit – I grew up on comics as a periodical format, and I rather like the anticipation that comes with waiting for the next installment – but with Criminal, it also means you get "The Secret Ingredient Is Crime," Brubaker's direct message to the readers, in which he typically provides an update on his latest projects (such as his collaboration with Nicolas Winding Refn on the Amazon series Too Old to Die Young) and recommendations for new crime-related books, films, and series. Even better are the essays in each issue, each focusing on a noir film, often one forgotten by all but hardcore fans. They're evocative, fascinating appreciations of the form as realized in cinema and pull you even deeper into the dark.

So pardon me while I wait for the sun to drop below the horizon, so I can curl up in the blackness with a stiff drink and a Criminal.