A quartet of children books by guest authors reviewed

The Texas Book Festival knows that you're never too young to cultivate an interest in books. That's why a significant amount of time and space is devoted to books for children, with guest authors not only talking about their books but actually reading them to their young fans. Here are just a few of the kiddie-lit offerings featured at this year's festival. 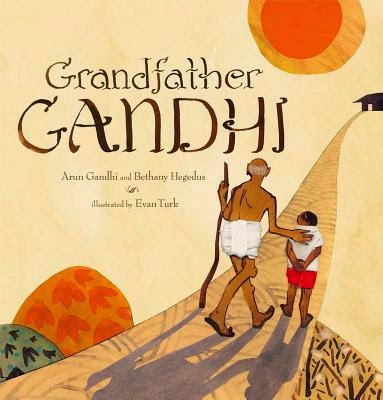 by Arun Gandhi and Bethany Hegedus, illustrated by Evan Turk

Everyone gets angry. Even Gandhi. The grandson of Mohandas Gandhi tells a story of growing up learning about his grandfather, a world-famous pacifist and changemaker whose followers committed their lives to his teachings. But to grandkids, he was just Bapu, accessible and loving. When Arun experiences a tough run-in with the universal feeling of anger – and he feels the pressures of his family name in direct conflict with his emotions – he seeks out Bapu’s advice. This is an excellent book for introducing children to Gandhi and parts of the Indian culture, and the collage illustrations are fascinating and bold. The story is dense and maybe best suited for slightly older children. 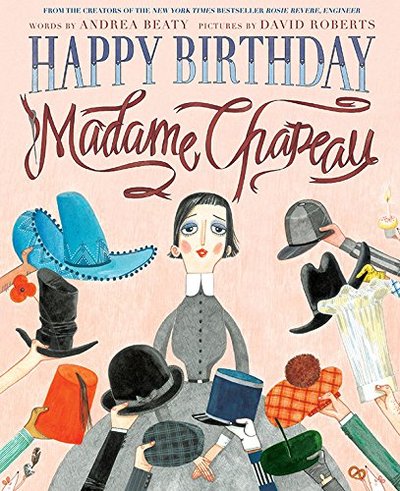 It’s pink and French, with hats all over. This whimsical poem about a Parisian hatmaker who loses her hat to a pesky crow on her birthday is a joy to read. Haute couture and delightful street scenes might be just the way to engage some budding poets. Roberts’ illustrations employ thin black lines filled with vibrant splashes of color as the diverse people of Paris offer their beloved head covers reminiscent of Dr. Seuss at Fashion Week to their friend in need of a birthday topping. 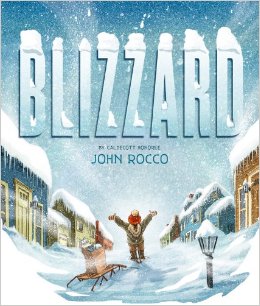 From the bestselling author/illustrator of Moonpowder and Super Hair-O and the Barber of Doom comes a story of survival, adventure, and neighborhood camaraderie. Caldecott honoree John Rocco lived through the famed New England Blizzard of ‘78, and based his latest book on a boy who, like Rocco, tied tennis rackets onto his feet to trek to the store for groceries to help his family and friends last until the snowplows arrive. Speech bubbles, gradient blue hues of a snowstorm, hidden days of the week, and of course hot cocoa, all combine to prepare us for the impending polar vortex.

John Rocco reads from Blizzard in the Texas Book Festival Children's Read Me a Story Tent on Saturday, Oct. 25, 4-4:30pm. 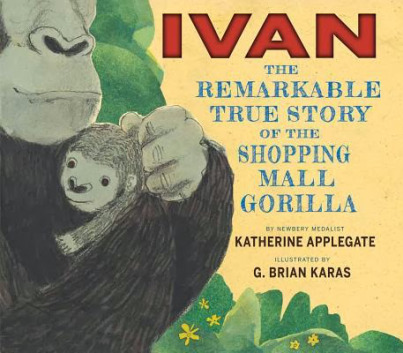 Ivan: The Remarkable True Story of the Shopping Mall Gorilla

Ivan’s favorite color to finger-paint is red, and he doesn’t like to get his feet wet. Using gentle, straightforward prose, well-matched to G. Brian Karas’ heartwarming drawings, Katherine Applegate reveals the pitfalls of poaching – and the joys of rescues – to preschoolers. Applegate won the 2013 Newberry Medal for her novel, The One and Only Ivan, which also featured this tale of tragedy and triumph. Baby gorillas Ivan and Burma are taken from their jungle homes and sold “like a couple of pizzas, like a pair of shoes” to the owner of a shopping mall, where Ivan spends the next three decades alone in a small cage. It isn’t until humans begin to advocate for his respect and care that the friendly giant is rehabilitated and reunited with nature and fellow gorillas.

Katherine Applegate was scheduled for the Texas Book Festival but was forced to cancel her appearance. 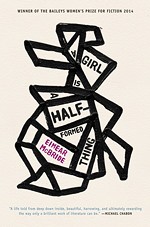