Now your budding doctor-to-be can piece together their own...

Monstrous! The Chronicle’s cover story on Keith Graves now tolls 13 summers past. When author and subject met last month for the first time since then, the latter confirmed his 4-year-old twins of the piece are now sizing up colleges. “Both draw well,” he says. His Texas Book Festival entry Saturday, The Monsterator, goes one step beyond.

In 2001, the graphic Austinite had sprung a kiddie-lit leak. Loretta, Ace Pinky Scout, Petboy, Uncle Blubbafink’s Seriously Ridiculous Stories, 3 Nasty Gnarlies – deeply twisted playfulness belonging in The Atlantic and on cable TV. His Cat in the Hat, children’s book debut Frank Was a Monster Who Wanted to Dance, was only two.

A pre-teen’s lifetime later, this writer now reads his toddler Frank, while its mad scientist imaginator acknowledges the book’s staying power. Most of Graves’ television and film projects detailed at length back when longform newsprint ruled the roost “crashed and burned,” but the powerful librarians bloc recognized a stone classic when it jumped out at them like no less than Frank’s brain when he starts to boogie and his noggin unzips.

A no-brainer, that book.

“That’s the one I still read,” nods Dr. Frank-enstein over lunch. 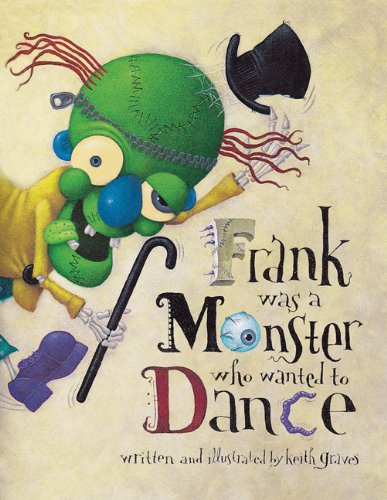 Acts out, more like – at tyke book junkets where Graves performs hits from his bibliography for an audience of 400 kids. Five times a day. Fifty minutes each.

An hour’s slated for Saturday in the TBF Children’s Read Me a Story Tent at 13th & Colorado. Eighth title overall, The Monsterator stitches together Graves’ best source material since Frank. In fact, when asked why he sent me a new book after all these years, his answer should’ve been obvious before the question tumbled from behind my California Club.

“Because it has monsters,” grins Graves. 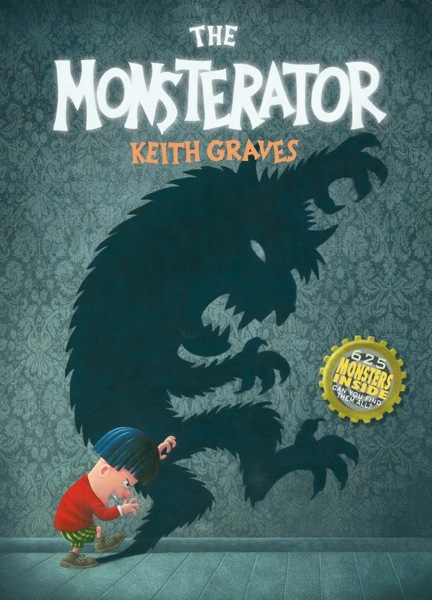 You see, Edgar Dreadbury finds Halloween a bore: “The whole business of costumes was a miserable chore.”

So he trucks down to the local Monster Shop, where he finds a contraption from maybe the same arcade that leased a gypsy fortune telling machine to the boardwalk carnival in Tom Hanks grower Big. Naturally Edgar drops a dime and climbs in, after which the Dr. Seuss rhythm takes on a Grinch-y glee.

“Then the Monsterator rumbled, hissed, and clanged.”

“The Monsterator flashed, and clattered, and banged.”

Zappo! Kazaaam! Not only is the tot transformed, there seems to be an issue with reverting back. And back to being Edgar Dreadbury might not be so bad:

“Some may mistake it for a vampire bat, or a werewolf, or a witch, or a large, mutant rat.”

And the best part finds The Monsterator’s final pages sliced into horizontal fourths – an instant flip book of sorts where dome, face, torso, and legs interchange with pages before and after so that your young doctor-to-be can create his/her own frightener just like The Monsterator. The tale (tail?) has legs all right, 10 pair! Bug legs, dragon toes, Leprechaun boots.

“625 monsters inside” trumpets a sticker on the book jacket.

Graves has gone a little grayer since our last hang, and his lunch-bought acquaintance even more so, but if anything the gleam in his light blue eyes radiates higher voltage. Where artists like him once depended on a Tinseltown studio to realize their animation, now a Kickstarter campaign can fund a series of shorts on a sumo bull or talking horse (for example) and sell it independently to content monsters screaming for more streaming. Say Netflix or Google.

So stay tuned, as they say in the land of LEDs. Keith Graves has yet to arrive. Remain tooned. 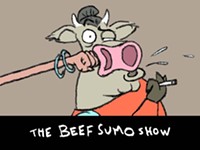