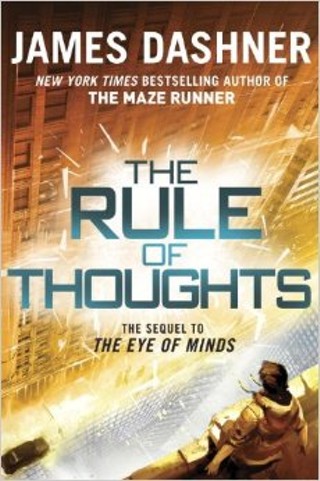 We may be cracking the triple-digits still, but fall festival season will be here before you know it, and the names are already dropping faster than autumn leaves (once they start to drop, that is). Case in point: the Texas Teen Book Festival, which let fly a full 29 authors who will be coming to the celebration of YA reading on Saturday, Oct. 18.

Headlining the two dozen-plus guests this year is James Dashner, who has a pop-cultural one-two punch in the coming weeks. On Tuesday of this week, he released a new novel, The Rule of Thoughts, the second book in his Mortality Doctrine series, following The Eye of Minds. Then, on Sept. 19, comes the release of the feature film The Maze Runner, based on his breakthrough series of that name. (BTW, on the Monday following the film's debut, the Austin Chronicle Book Club will be discussing The Maze Runner. Join the chat on Twitter at #ACreads Sept. 22, 7-8pm.) Dashner will deliver the opening keynote speech at 1:20pm, then at 3:10pm join Gayle Forman (If I Stay) and Kass Morgan (The 100) for a panel discussion on adapting books to the screen.

Six more panels are set for the day, but since they're scheduled three to a block of time, you'll have to make some hard choices about which to see. At 10:30am, is it:

• Get a Clue, with Simmone Howell (Girl Defective), Will Ritter (Jackaby), James Klise (The Art of Secrets), and Ransom Riggs (Hollow City);

• Growing Up and Other Natural Disasters, with Andrew Smith (100 Sideways Miles), Jennifer Mathieu (The Truth About Alice), Julie Murphy (Side Effects May Vary), and Andy Nelson (I'll Give You the Sun);

• Is This Real Life? with Leslye Walton (The Strange and Beautiful Sorrows of Ava Lavender), A.S. King (Glory O'Brien's History of the Future), Scott Westerfield (Afterworlds), Guadalupe Garica McCall (Summer of the Mariposas), and Cory Doctorow (In Real Life); or

Oliver, by the way, who also wrote the bestselling Delirium series and Before I Fall, will deliver the closing keynote. Scott Westerfield will give a special presentation on the writing process and National Novel Writing Month. A.S. King and Andrew Smith will engage in a moderated conversation. And don't forget the Game Show, in which teams of authors compete in often ridiculous challenges. The 2014 teams are captained by Marie Lu and Paolo Bacigalupi. And, of course, you can expect plenty of booksigning opportunities and writing workshops and presentations by Badgerdog Literary Publishing.

The Texas Teen Book Festival, which is now affiliated with the Texas Book Festival and the Austin Public Library Friends Foundation, will take place Saturday, Oct. 18, 8:30am-5:30pm, on the campus of St. Edward’s University, 3001 South Congress. 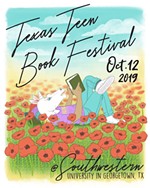 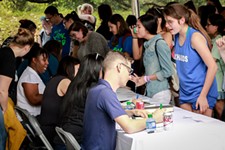