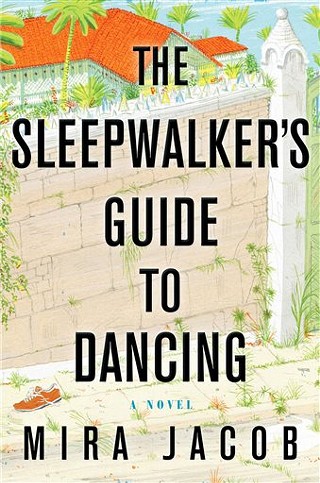 It's been a long week, and now you deserve to have one day when you can curl up with a good book – let's call it Lit-urday. Maybe you feel like a novel about a family's struggles that feels so true to life, you can't believe it isn't real.

The Sleepwalker's Guide to Dancing: A Novel

Let’s get this out of the way: The Sleepwalker’s Guide to Dancing is an absolutely terrible name for anything. Constructing a title by filling in the blanks for “the [noun]’s guide to [gerundive]” is hopelessly played out and should be discouraged by any editor worth her salt. (When did this trend start? With The Girl’s Guide to Hunting and Fishing, which came out in 1999? The Hitchhiker’s Guide to the Galaxy is excused from this criticism, since the construction was probably legitimately clever at the time of its publication.) The Sleepwalker’s Guide to Dancing is an especially terrible name for Mira Jacob’s debut novel, because it gives the impression that the book itself will be a lazy collection of cliches - it is not - and because there’s very little sleepwalking or dancing.

Instead, Jacob’s book tells the story of how a family comes to grief, and how it eats away at the remaining members. Thomas Eapen and his wife Kamala immigrated from Salem, India, to New Mexico as in the Sixties, a decision that Thomas’ family bitterly opposed. Thomas is a successful, workaholic brain surgeon. Kamala feels out of place in the U.S. and would prefer to be back in India, even though Thomas’ mother hates her and refers to her as “the darkie.” The Eapens’ two children, Amina and Akhil, struggle to fit in with their white American schoolmates. The novel, which is limited to Amina’s perspective, goes back and forth in time, focusing on the tragedies that inform Amina and Akhil’s fraught adolescence in the early Eighties and the effects that reverberate into Amina’s adulthood in the late Nineties.

At over 500 pages, Jacob’s novel attempts a lot. She explores the emotional life of the voluntary immigrant: Thomas chose to leave India, and he doesn’t seem to miss it; Amina and Akhil have no desire to live in India or to embrace Indian culture, but none of that means that America is hospitable. The teenagers’ cousin, Dimple, beautiful and sociable, easily fits in at their fancy prep school, a reminder that if Akhil and Amina feel alienated, it has more to do with them as individuals than their classmates’ racism. Akhil is relentlessly political: At one point, “he had become engaged in … time-intensive protest of Reagan’s nuclear-arms policy, in which he chained himself to a desk at school and had to wait the eight hours it took the superintendent to locate the bolt cutters.” Amina is shy and awkward, more comfortable with a camera in front of her face: “His hand swung close to hers, leaving a little comet of heat, and Amina thought of how if she were Dimple, she’d just grab it like it was some normal fucking thing to do.”

The book is also a meditation on grief and the guilt that so often attends it: A series of deaths strikes the Eapens, and it’s impossible for the surviving members to not feel responsible. “She had been lying on the couch since she had come home … and playing the reverse time game. It was a simple game; all it required was her imagining how far she would go back to change what had happened. How many days would she live over … to change that one?” The parts of the story that take place in the Nineties reveal that none of the Eapens has been able to move on. Amina has left a promising career as a photojournalist after a traumatic incident that recalls and reinforces her feelings about what happened when she was younger. Thomas has begun experiencing signs of dementia and hallucinating ghosts.

At times, Jacob’s writing is less than polished, and she moves toward an ending that’s perhaps too neat and happy for the story that preceded it. However, the book is always engrossing and often feels so true to life that it’s a surprise that it’s not.