The Dark Knight. The Caped Crusader. The Masked Manhunter. The World's Greatest Detective. Bats. We know him by many names and in many guises, but the most important thing to know about him today is that it's Batman's 75th birthday – he first appeared in Detective Comics on July 23, 1939 – so the world is celebrating Batman Day. 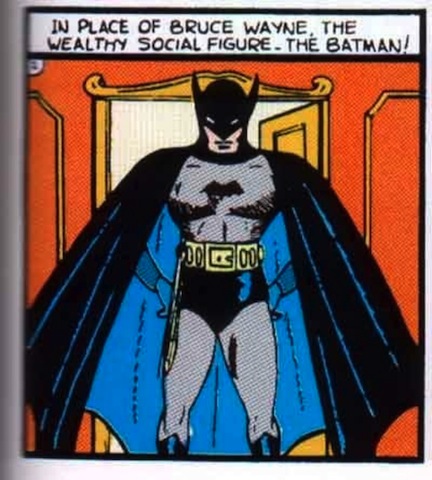 Alas, DC – yes, the company's initials stand for the book in which Batman made his debut – has no movie to promote the Cowled Crimefighter's diamond anniversary the way it did with its other flagship hero, Superman, last year. (The team-up film, Batman v. Superman: Dawn of Justice, with Ben Affleck answering the Bat-Signal, is still two years from release.) But it's found other ways to commemorate this milestone for the Darknight Detective. It's produced Detective Comics #27 Special Edition, a comic that reprints “The Case of the Chemical Syndicate,” the first tale of the Bat-Man, as created by writer Bill Finger and artist Bob Kane, along with a preview of a new version of that story by novelist Brad Meltzer and designer extraordinaire (and world-class Batmaniac) Chip Kidd, and more tales by Meltzer and current Batman series writer Scott Snyder, working with star artists Bryan Hitch and Sean Murphy – which DC is literally giving away to anyone who wants a copy. ("Hey kids, FREE comics!" DC is also making the digital version available for free.) Moreover, the company has worked up Batman bookmarks, bags, a Batman 75th anniversary cape, and four specially produced Batman masks. Reflecting the numerous ways in which the character has been depicted over three-quarters of a century, the masks, designed by comics artist Ryan Sook, show the pointy-eared cowl as it appeared in: These items are available in local comics shops such as Austin Books & Comics, 5002 N. Lamar; and Dragon's Lair Comics and Fantasy, 2438 W. Anderson, which is inviting folks to come in costume from 7-10pm, when the store will be collecting donations for the local charity "Superhero Kids." Costumes are also encouraged at the Barnes & Noble Arboretum, 10000 Research, where a Batman Day costume contest is being held at 2pm. And though you've missed this morning's "Holy Storytime, Batman!," you can still pick up the free Detective Comics #27 Special Edition while supplies last, answer Batman trivia for prizes, enter a contest to win your own Mini Bat-Signal, and enter the Get Pop-Cultured with Barnes & Noble Sweepstakes for a chance to win a $1,000 Barnes & Noble Gift Card and a VIP Tour for two at the Warner Bros. studios in Los Angeles. 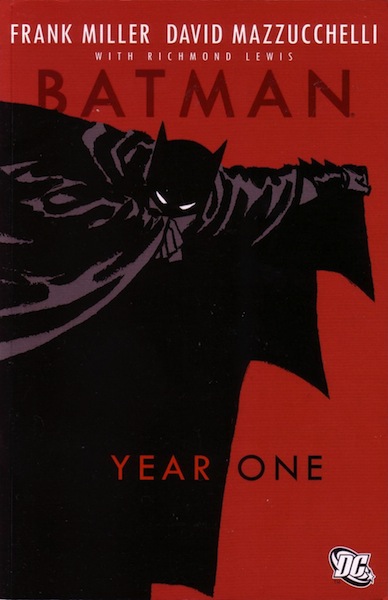 No doubt any and all of these places have expert staffers who can supply splendid recommendations on essential Bat-reading from the past 75 years. And while I confess that in our "Are you Beatles or Stones, Pepsi or Coke, NYC or L.A.?" bifurcated culture, I've always favored Superman over Batman, I count myself a Batfan of five decades' good standing. I cut my baby teeth on the character when he was still in that phase of postwar pasteurization, the square-jawed Chamber-of-Commerce Caped Crusader who seemed to spend more time in the daylight than the darkness and liked to officiate at pretty much any civic or charity event that took place in Gotham. The stories were as clean-cut and contained as the square panels on the comic page, with only the odd sci-fi or fantasy element – Batman traveling in time, Batman fighting aliens, Batman sparring with Bat-Mite! – adding a touch of strangeness. 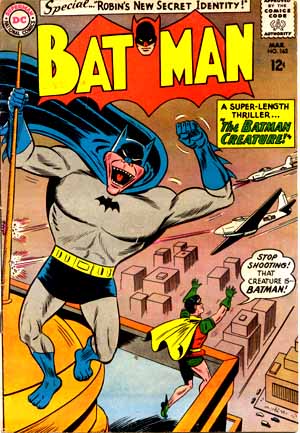 But also immediately after I started reading, the character was reinvented for the Sixties, with art that gave Batman a leaner, more urbane look (and a yellow oval around the bat silhouette on his chest) and reinjected some of the mystery into the character. I found myself really captivated by this early version of a reboot and began following the character more closely (especially when his adventures were drawn with the elegant stylization of Carmine Infantino). Now, here was a detective worth swinging around Gotham City with. (And DC has just released a collection of Batman stories from that period drawn by Infantino.) Alas, just two years later, Batman made his television debut, in a series that took a mocking tone to the character as he'd appeared in those Fifties and early Sixties comics, and the world went batty for the campy Caped Crusader. I watched it religiously every week ("Same Bat-time! Same Bat-channel!"), but the kid I was desperately wanted a a more sober and adventurous character on the tube. (I find the show – which is finally being released on DVD this fall after years of litigation – much more fun today, and the irony is that I take great pleasure in a new comics series from DC written and drawn in the style of the old series. Penned by Jeff Parker and titled Batman '66, it's a hoot and a half.) 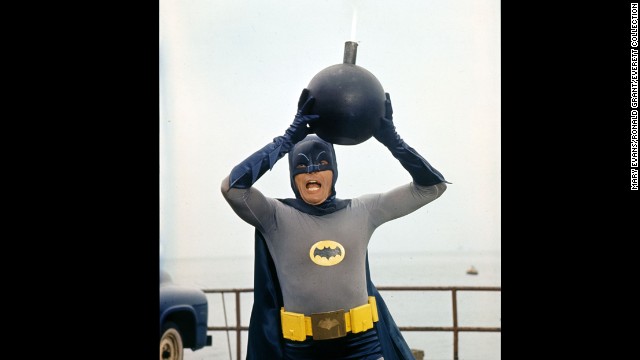 Although the comics of the period never reflected quite the level of camp seen on television, they did attempt to ride its cape-tails, particularly with regard to the villains featured. But Batmania faded relatively quickly, and just a few short years after the series went off the air, Batman received another tweaking, one that took him back to his Dark Avenger of the Night roots. A young writer named Denny O'Neil and a firebrand artist named Neal Adams took the character back into the shadows and created what was arguably the first sexy version of the character. The stories took on a new mood and intensity that reinvigorated Batman and set the stage for the character as he's been portrayed in the comics and on film for the past 30 years. Their collaborations in Batman and Detective – which have been collected frequently – are certainly among my favorite tales of Batman. I could continue with the history lesson, but the point's been made: Batman has taken many forms throughout his 75 years, but whether he's a campy, platitude-spouting Rotarian who does the Batusi or a gravelly-voiced, armored and tortured vigilante, we can't get enough of him. I still buy his comics – in addition to Batman '66, Scott Snyder and Greg Capullo are spinning some compelling longform sagas in the Batman title – and I'm eagerly awaiting the new series Gotham, which will – Smallville-style – track the evolution of our hero from traumatized 12-year-old to costumed crimefighter alongside a city full of dangerous criminals that develop their own outré personas. I heartily recommend that you spend part of today connecting with the Gotham Guardian in whatever incarnation floats your Bat-boat. To the Bat-poles, Robin!