Local writer on her new thriller and her secret to success

An Edgar Award winner championed by the likes of Stephen King and Sue Grafton, Meg Gardiner moved to Austin recently, adding star power to our literary scene. With her 12th book, Phantom Instinct, released June 26 (reviewed in our July 4 issue), we called Gardiner to chat about female leads, the King connection, and writing. 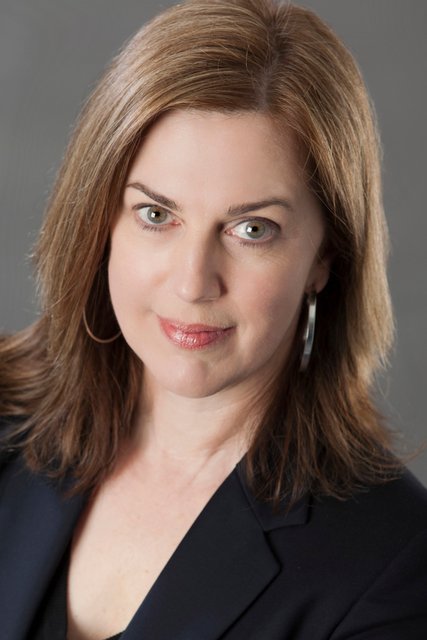 Austin Chronicle: How did you get into writing crime novels specifically? I understand you were a lawyer, and this is a chicken or egg kind of question, but was it crime stories that drew you into legal work or the other way around?

Meg Gardiner: I grew up learning to read mysteries, crime thrillers, so that’s what I wanted to write. I figured if I was going to be spending all this time writing books, I might as well write what I love reading. So that’s what I did, basically. I did not practice criminal law, I practiced civil law.

AC: This book, Phantom Instinct, is my introduction to your work, but from what I gather, you have written mostly female leads. Do you think there’s an added element that the female perspective adds to a detective/crime story that’s sometimes missing from the overwhelmingly male-driven and male-written thrillers?

MG: It’s possible. I mean, I can write about women from the inside out … and also, when I started writing, I had just started reading a number of women who were just breaking through in writing thrillers and suspense - Sue Grafton, Tess Gerritsen, Karin Slaughter. I just so loved how empowering those stories were, and how powerful and fully visualized and real their women seemed on the page, so I thought, “Wow, if I could even begin to approach something like that, I would love it.” But also some of my books are told from first person, and it’s is easier for me to write a woman’s story if you’re talking in the first person.

AC: The characters are very real. I hope you write something else about Harper Flynn. Is that, by the way, a possibility?

MG: You never know… it’s always possible. I’m glad you felt like they were real people.

MG: It’s another thriller. At least I’ll give you that much, but you know, my job is to keep people in suspense. AC: I believe you’d been doing split time between Austin and London, but now you’re in Austin full-time. What’s your perspective on our literary scene, which has grown so much but is still new, compared to London's, which has such a rich literary history? Any comparison there?

MG: Austin is its own place, with its own great, modern, young, Texas pride. And there’s room for everybody here. There’s a lot of energy. There’s a lot of excitement about the idea that you're an artist or a musician or a writer. There’s a lot of support. It’s a great place for me to land. I have friends who are writers here, and it’s great to be close to them. There are great bookstores. There's everything here, so I’m just delighted.

AC: You’ve had some pretty huge accolades and awards - including a review by Stephen King. You also won the Edgar Award. Tell us about that and how it affects your writing world.

MG: Stephen King is an incredibly generous person who pays everything forward. He supports writers whose work he has stumbled upon, people pay attention to what he says, and he's just been incredibly generous in encouraging people to read my work, which was pretty instrumental in getting American publishers to take a look at my stuff and offer me a publishing deal. So that’s been wonderful. It took me several years before I was published in the United States, and then after I won the Edgar Award, which was like me running around like a 6 year old, raising this little statue in the air. It was incredibly wonderful and validating, kind of tells me I've gotta keep my game up.

AC: On your blog, you're very down to earth, you keep in touch with your readers, and you're interested in your fans’ opinions. Do you think that communication is a product of the times?

MG: Social media is tremendous and I love it, but that’s totally my personality. It is kind of hard these days if you really wanted to be a recluse. I am delighted that I can get in touch with other readers, other writers. I’m a reader, so I like to talk about books, and I'm happy that people want to talk about my books that aren't just my mom. It really kind of keeps the energy up.

AC: You like to talk about books, so let’s do that. What are some of your favorite things to read?

MG: I do like to read crime and thrillers: Tess Gerritsen, Sue Grafton, Lee Childs, Carl Hiaasen, James Lee Burke. I read a lot of science fiction as well and nonfiction. Someone asked what I was reading for pleasure, and I had picked up a book called Command and Control [:Nuclear Weapons, the Damascus Accident, and the Illusion of Safety by Eric Schlosser]. It’s about this nuclear weapons program, this missile accident. People are looking at me like, “That’s what you do for fun?” I'm like, “Yeah! You don't?”

AC: I’m always curious about the writing habits of authors who produce a lot of books. Can you shed some light? And also, if you had to give writing advice to someone, what would you tell ‘em?

MG: As far as writing habits, the best thing that ever happened to me was deadlines. I'm really fortunate to have a publishing contract, but that means, you know, they don’t just say, “Turn it in whenever.” If they're gonna publish your book, you have to actually write it and send it in. So that is extremely helpful. But you know, a big pot of strong coffee and sitting down – the only secret is to sit your butt in the chair and put your fingers on the keyboard and just do it. Every day. That’s the magic. It doesn't matter whether you're inspired. You just sit down and you do it, because if you've written something - even if you reread it and think it's terrible, then you can fix it. If it’s all in your head, then there's nothing to fix. So sit down and do it.

Seriously, read journalism. Read so you start to learn what works, what doesn't, what is vibrant and really pops and has a voice that really moves you, what that sounds like. Then if you read a book that you hate, that you think is terrible, then try to figure out why. But if you want to be a writer, you’ve got to be a reader.