Loss and Grief and the 'Widdahood'

Catherine Tidd speaks on life after her spouse’s death 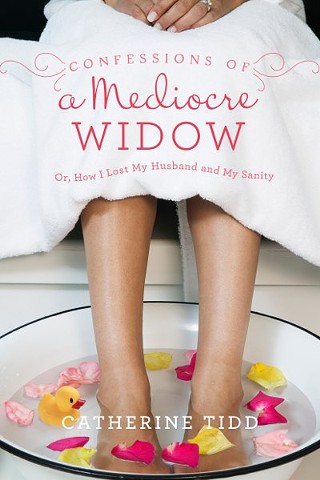 Loss and grief: two of the most unwilling partners in life. And often overwhelming at a certain point. At nearly 60, I lose friends regularly. Sometimes those friends have grown children who are also friends, and the grief doubles: When someone I know has died, that’s one loss. When the parent of a friend has died, that’s two losses.

Catherine Tidd’s loss came in a different fashion: She was widowed at 31. Tidd’s husband died in an accident on his way to work, leaving his grieving wife and three small children. Of all the things you plan in life at that tender age, the inclusion of death is usually an issue for insurance policies. Life is what’s ahead, right?

In the years following his death, Tidd - a cousin of Austin’s favorite ivory tickler Marcia Ball - wrestled with a variety of emotions, sought support through counseling and groups, and ultimately found her voice and solace in writing about her struggle. Becoming “involuntarily single” led to her book Confessions of a Mediocre Widow, or How I Lost My Husband and My Sanity.

When my former husband Rollo Banks died in 2007, we’d been divorced for several years – even spent a few months not speaking to each other after he briefly married another woman – but we soon resumed a warm relationship that deepened after they split and he moved to Chicago. We’d been dancing around the subject of him coming back to Austin, for he was diabetic, overweight, ill, and I wanted him back. Rollo being Rollo, he took matters in his own hands, literally, and committed suicide.

I grieved for him like a widow. And thinking of him in wistful remembrance while perusing Catherine’s website, a post titled “The Woulda, Coulda, Shouldas of Being Grief Barbie” made me laugh out loud. We’ve all been though this syndrome: If I woulda made Rollo pay more attention to his health, he coulda lived a better life, and we shoulda had more fun.

Confessions seeks not to ruminate on or obsess over loss. Not that grieving isn’t an entitlement of it; it is, and it’s natural, and Tidd's writing evokes wry humor. It’s also individual and sometimes confusing. Seven years after Rollo’s death, I’ve fallen completely in love again. At first, I worried that I wasn’t … what, being true to a memory? Is the love I currently nurture compromised by a ghost of what might have been?

I believe not. And somewhere in the reluctantly acquired wisdom that Catherine Tidd comfortingly offers in Confessions of a Mediocre Widow, I left a little of that past behind.