• Lawrence Person took the Grand Panjandrum title in the 2013 Bulwer-Lytton Fiction Contest, an annual competition among writers and lit lovers to pen terrible opening lines for imaginary works. Wisconsin's Chris Wieloch took the overall win in the contest named after the proliferator of the line "It was a dark and stormy night," but the Grand Panjandrum (after Samuel Foote's nonsense term since coopted as the term for an experimental explosive in World War II) went to Person for this little gem:

"'Don’t know no tunnels hereabout,' said the old-timer, 'unless you mean the abandoned subway line that runs from Hanging Hill, under that weird ruined church, beneath the Indian burial ground, past the dilapidated Usher mansion, and out to the old abandoned asylum for the criminally insane where they had all those murders.'"

Read the rest of the winners, divided up by category, at www.bulwer-lytton.com.

• Beloved series Veronica Mars has already had a big year in 2013, having broken all sorts of records during its Kickstarter campaign to fund a full-length feature, but Vintage Books sweetened the deal this week when it announced creator Rob Thomas would help create a series of novels about the characters. The first book of the series will pick up where the film leaves off, and is scheduled to be released at the same time, in spring 2014.

• Former Michener Center for Writers fellow Dorothy Ellis Barnett is celebrating the release of her memoir, Roadsongs, with a reading this coming weekend at BookWoman. The author is a professor emeritus in the creative writing program at the Austin Community College, and she is a co-founder of the Poetry at Round Top Festival. Hear her read at BookWoman (5501 N. Lamar) on Sunday, July 21, at 4pm. 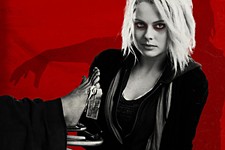