On the gray areas of eating disorders 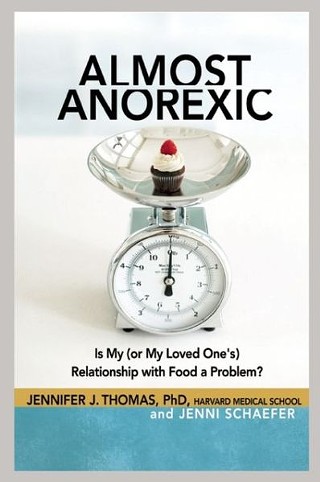 "Close" may only count in horseshoes and hand grenades (as the old saying goes), but the same doesn't hold for "almost."

You can be "almost" all sorts of things: almost finished writing, almost to your destination, almost asleep. But what about almost anorexic?

In their new book, Almost Anorexic, Harvard's Jennifer Thomas and Austin author Jenni Schafer argue that there's a tremendous gray area in the diagnosis of eating disorders like anorexia and bulimia (as well as other diagnoses, like alcoholism). When patients fall outside the range of "normal" behavior but don't tick off enough boxes in the DSM-5 (less-well-known as the Diagnostic and Statistical Manual of Mental Disorders) to be classified officially as having a disorder, they become victims of "the Almost Effect."

It makes sense that such classifications can't be merely black and white; there's an almost endless amount of nuance to each individual's relationship with food, and countless factors including his or her body image, BMI, and family history can contribute to that final categorization as over- or underweight. The authors include worksheets and anecdotes to try to help readers sort through the information, and they work to dispel myths surrounding calories, colonics, models, and exercise.

It's definitely a thorough undertaking, and an important issue worth discussing – no almost about it.

Join the dialogue tonight at 7pm, when Schaefer appears at BookPeople (603 N. Lamar) to speak and sign copies of Almost Anorexic: Is My (or My Loved One's) Relationship With Food a Problem?.