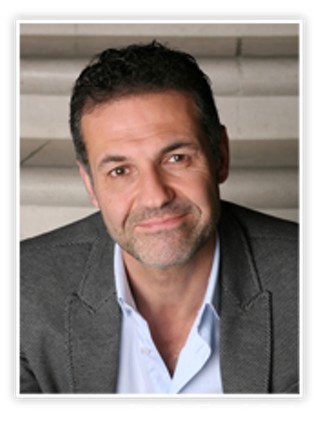 Khaled Hosseini transcends borders through books. We caught up with the international bestselling author (The Kite Runner, A Thousand Splendid Suns) about Rumi graffiti, happy accidents, and compulsive writing.

Currently touring for his excellent third novel, And The Mountains Echoed (reviewed here), Hosseini will be at BookPeople on Monday, June 10.

Austin Chronicle: In an interview with TIME magazine, you said something that really resonated with me: “At some point I just let go and I began to view these women, not as Afghan women, but rather just as people and focused on their humanity rather than their femininity.” The Kite Runner was predominantly male-oriented, A Thousand Splendid Suns had the two female leads, but this new novel seems more of an even split. Was this intentional or just how the stories played out?

Khaled Hosseini: Well, that's just sort of how they played out. I don't plot anything out in my books. I don't outline anything. I just have a flashlight while I'm working on a dark road, and I can only see so much in front of me. I keep bumping into things. At some point, I bump into something that I really like, and I follow that and then that leads me somewhere else. It’s just kind of the way I write. So it wasn’t by design to have an even split – if it's even that – it's just that’s the means of the narrative itself.

AC: The Rumi poem epigraph speaks of forgiveness and healing. Does your novel serve as a microcosm for these lessons in forgiveness that we all must learn? Is what we need for a more peaceful existence?

Out beyond ideas,
of wrong doing and right doing
there is a field.
I'll meet you there.

KH: Yes, and also partly to impact these ideas of black and white, these reductive questions of "these people are bad" or "these people are good." I don’t feel like that type of archetypal categorization of people is particularly helpful. I think one thing that runs throughout this new novel is the idea of ambiguity. The idea of grayness. The idea that good things and bad things can coexist within a single person. It is very hard to look at a person and categorize them. So, from a moral standpoint this book is far more ambiguous, and it asks you questions about people that can’t be answered very easily. I think it expands the mystery that surrounds the heart of a person rather than answering.

In my previous books, it was fairly easy to tell who was good and who was bad. This book kind of distances itself from that. Even the one character that could possibly be characterized as a villain, the warlord, even he – as horrible as he obviously is – and he is violent and probably a war criminal - nevertheless, he’s the reason there is a medical clinic in the village. He is the reason there is a school. He is the one who gives money to start a business. You know it comes with cost, granted, but that’s the realization that his son has: He suddenly sees his father outside of this kind of good or bad kind of context; he sees the layers of complexity that all of us have within us.

AC: Sometimes I wonder whether every word in your work has a deep, alternate meaning. I’m sure some of it is intentional – the metaphors are beautiful – but perhaps some of it is just the ambiguity you mentioned.

AC: Happy accidents, indeed. It seems in this novel you use Pari's feathers to represent the Afghan hope I've heard you reference several times, and I was reminded of an Emily Dickinson poem. How has poetry influenced your work?

KH: Yes. I'm not very knowledgeable about Western poetry, but I was raised around Persian poetry, Farsi poetry all throughout my childhood. It left an indelible mark in my mind, and much of my storytelling instincts have their roots in that tradition. I don’t really think I’m exceptional in that regard. There is a passage in the book where Nabi asks Markos, "Why do you like Afghan people?” And he said, “Even your graffiti artists spray Rumi on the walls.” You’re expected to understand poetry in Afghanistan. You are expected to memorize poetry, to be able to recite verses. You could go to a different village and speak to someone who is probably illiterate, living in poverty, and I bet they would be able to recite verses and verses of classic poetry. It is an inherent part of my cultural upbringing in Afghanistan, and I think it has informed my writing in many ways.

AC: Is there a Western dissociation with global issues? Do you think novels from beloved authors such as yourself could help bridge some of the gaps between hemispheres and cultures, even here within in the United States?

KH: Well, I should be very upfront about the idea that that is what I intend to do – because it’s not. My primary goal has always been extremely selfish in that I have an itch and it must be scratched. I have this idea that just won’t leave me alone. It’s so compelling and I have to tell that story; I have to find out what happens. I'm intrigued by a set of characters and situations, so what has always drawn me to writing, what has kept me in my seat … at the keyboard has always been the nuts and bolts. And the inherent pleasures of creating things.

For instance, a classic example for me is reading Dave Eggers' book What Is the What: The Autobiography of Valentino Achak Deng. It gave me such an understanding of what the people of South Sudan went through, a culture and history that I knew about only academically, just from following the news. But I got to feel what it really was like to be one of the lost boys, what it really was like to have your village destroyed and to walk across a desert. I feel like I walked with those boys across the desert to Kenya. So I think that’s what great writing does: It does bridge gaps, and it creates empathy.

AC: There are several psychological issues from traumas that happen to several of the characters, and you speak of the “secret knowledge” of those who have experienced great loss. And yet you also mention these different forms of love all throughout the novel, and it seems the story of the two Paris toward the end transcends borders. Is this because love and pain are both so universal to all people and all cultures?

KH: I think so. I mean, look, it’s not a great revelation to say, "You may speak German and I may speak Romanian, but at heart we are people." When I go to Afghanistan, I will speak to Afghan villagers, and then I will speak to a Bosnian aid worker, or somebody from Greece, and they will say, you know, I speak for these people, but they don’t want anything different from what I want for my kids. At the end of the day, we want to belong to something meaningful. We want to have love and acceptance. We all have reasonable expectations of happiness. We all want safety and education for our kids. We want to be happy, and these are universal human longings, universal human emotions, that no matter where you’re from you can understand each other at that level. So my books have always been, in some way, about that and I think that’s part of their appeal. I don’t write about things that are extremely specifically Afghan, per se. Maybe they’re set in Afghanistan, but my novels are about the big themes of life: friendship, love, loss, regret, sorrow, grief, duty …. All those things, we’ve all experienced.

AC: The conditions in Afghanistan, for women, are particularly harsh. Please tell us some positive experiences or recent updates from your humanitarian work with your own foundation and with the UN.

KH: With regards to women?

KH: So much of the news about Afghanistan is so negative because of the violence, and because of this war that has been going on for … well, it’s the longest war in U.S. history now. But I think it’s also important to mention that it hasn’t been a total waste. There is another narrative: Afghanistan has come a long, long way from where it was in 2001. I mean, Afghanistan has now held two different presidential elections, which would have been unthinkable. Have they been a perfect process? No. But you have to have realistic expectations. Having women serving in the lower house of the Parliament? It would have been unthinkable in 2001 when women could not even step outside their homes. Afghanistan has had thousands of kilometers of roads built. Millions of kids have now returned to school. Under the Taliban, there was just under a million children in school – virtually all of them were boys. Now over 8 million children are in school, and 2.3 million of them are girls. You have had dramatic drops in maternal mortality rate and infant mortality. The life expectancy for both men and women has increased by a decade in Afghanistan. There is an explosion of information technology and telecommunication. You have 12 million cell phone subscribers in Afghanistan. So, look, there have been a number of positive developments, but they kind of get trampled beneath the narrative of war and the fighting with the insurgents and the withdrawal of the naval troops and so forth. But it is important that people know Afghanistan has not been a complete loss.

AC: You quit your day job as an internist, to become a full-time writer. Do you have any advice for aspiring fiction writers longing to tell their own story?

KH: [laughs] Well, go to medical school, get a residency, be a physician for nine years, and then get up at 4 in the morning and write a novel. [laughs]

I don’t know of any writer who is in it because they have no choice. None of the writers I have met made a conscious decision to be a writer. They’re in it because they would have done it regardless of whether they got paid for it or not. I wrote all my life, never with the intention to publish. I wrote mostly for myself. I wrote because I loved it, because I couldn’t stop doing it. So if you have that compulsion, then you have to nurture it. You have to stick with it. Be ready for rejection. Be ready for other people to not feel about your writing the way you feel about it. That’s OK too. So, in a nutshell, that’s what I would say.