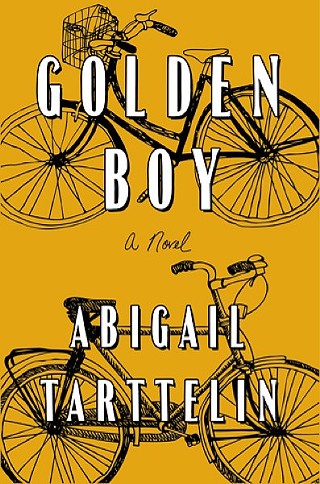 Max Walker, the 16-year-old protagonist of Abigail Tarttelin’s Golden Boy (Atria), is the popular, handsome, well-regarded son of a well-to-do British family with hands in local politics. But he and his parents, since his infancy, have been concealing a secret from the world.

As an infant, his doctors wanted to surgically assign him a female gender due to his one working ovary (since clearly fertility determines gender). Max has smooth cheeks, worries about the size of his chest, sometimes has periods, etc. The family secret remains safe until a drunken encounter with a childhood friend who’s In the Know turns sexually coercive, and Max finds himself forced to deal directly with the consequences of his atypical physiology, as well as with the possibility of his secret being exposed to the world.

What makes Golden Boy work for me as a book about intersexuality written by someone who (as far as I know) isn’t intersex herself is that Tarttelin presents Max’s secret as a horrible problem only in the eyes of characters who think it’s a horrible problem. The problem is secrecy, not anatomy. As Max says late in the book, secrets “get out of you and they eat the air around you. They make it all thin, so you can’t breathe.”

Chief among those who think Max’s anatomy is a problem warranting air-devouring secrecy is Karen, Max’s mother. Karen doesn’t want Max’s secret out because she thinks it’ll jeopardize the family in some way: Her husband’s running for election; she has a reputation to uphold. She wishes she had surgically made the decision about Max’s gender in infancy, to spare him confusion, and when Max finds himself pregnant after the assault, it’s Karen who presses him not only to get an abortion but to get a full hysterectomy so that he can lead a “normal” life.

Tarttelin is good at depicting the subtle, everyday ways in which people seek control over one another – she’s also excellent at depicting high school social politics, interactions between teens and adults, and general shame and self-loathing, which is good because the book’s pretty chock full of all of these elements – and neither Karen nor Max’s rapist Hunter comes off as utterly unsympathetic or wicked. Both of them, in some terrible way, are serving themselves while telling themselves that they’re somehow serving Max, and both of them ultimately strip him of autonomy in eerily parallel, even cyclical ways.

And fundamentally, autonomy is the issue at the heart of this book, rather than intersexuality or gender identity. Sure, we’re given reams of information about the history of diagnosis of intersex conditions – Tarttelin sure as hell has done her homework, and she nicely sends up a whole medical tradition in a scene where Karen takes Max to visit a particularly odious doctor who tells Max that his intersexuality might be a result of his having “absorbed your twin in the womb, giving you both your own female genitalia and his male genitalia.” But in practice, Max is a teenager who’s raped. As a result of that rape, his body becomes a problem for him, a barrier to intimacy – because it’s high school, mostly sexual intimacy – rather than a bridge. The mechanics by which his body becomes a problem are complicated by his anatomy, sure, but it’s a matter of degree rather than of kind.

That’s what makes Golden Boy work for me: It’s a book about how we relate to our bodies after surviving sexual trauma. This is an issue that cuts across lines of gender and sexuality: Max may be pregnant by his rapist, a problem that most teenage boys don’t face, but everyone can relate to a pubescent awe and fear of sexuality, a fear of rejection, and a fear that the suffering we’ve endured and the bodies we’ve inherited make us pretty much unfit as partners to any person we might be capable of loving. The author deftly taps into these feelings, drawing us through Max’s personal hell as he slowly watches his family fall apart under the weight of its secrecy, and when Max blames himself, we can feel for him and fear for him. That identification is maybe all you can reasonably ask of a book.

That said: It wouldn’t be difficult to rewrite this book, omitting all reference to intersexuality, and to thus come up with the same basic plot and character relationships. (The scenes with Max and his girlfriend are cute but feel a little too easy, though the author does her level best to complicate them.) This is disappointing, but maybe for the best: A depiction of an intersex teen that errs on the side of making its protagonist someone relatable and human on the author’s terms – even if that means making Max pretty uncomplicatedly male-identified rather than something more psychically in-between – is way better than some meditation on a mysterious shamanistic figure who has lots to teach us all about gender (with frequent use of sun/moon imagery to boot) might’ve been. This is what I’m afraid of finding whenever I hear that a mainstream press has come out with a book about LGBTQI people; Golden Boy isn’t that kind of book. It’s a blissfully mainstream-y story.

Is Golden Boy problematic? Sure, obviously: it’s a story about a queer person who’s a victim of sexualized violence. I’d really, really like to see something different. I’d like to read a novel about four intersex gangsters, each of them associated with an element, who are perpetrating a comical mail fraud scheme on the confused inhabitants of a small town, or a novel about an intersex person describing 200 separate sexual encounters in extremely fine sensory detail. I’d like to read a novel about an intersex person who can’t get a job and that’s her biggest problem. I’d like to see a novel about what it’s like to be intersex where intersex identity – as secret, as locus of victimization – isn’t the crux of the plot. “It’s like this is interesting for him,” Max says at one point, regarding a doctor who thinks of him as a fruitful case study. “I’d forgotten how shitty it was to be in doctors’ offices with people talking about me. Everybody finds it so interesting.”

But if Golden Boy is the “interesting” and “unique” novel mainstream editors are willing to publish right now, then sure, I’ll take it: intersex icing on a traditionally baked novel about teen pregnancy, family secrets/pressure, and sexual coercion in high school. There are intersex readers who’ll find a connection to middle-class Max’s story; there are intersex readers who won’t. But I think it’s hard not to feel a connection to Max’s struggle for autonomy over his own life at 16. The kind of oppression Tarttelin depicts cuts us pretty much equally, queer or not, and the author depicts it with a subtle awareness of just how people can make really awful, dehumanizing choices in the name of trying to build a seemingly “normal” life on someone else’s behalf.

Jeanne Thornton is a co-founder of the Fiction Circus literary magazine/performance group and the co-publisher of Rocksalt Magazine, as well as the author of the novel The Dream of Doctor Bantam. She was also a judge in the 2013 Short Story Contest. 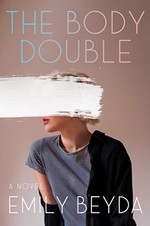 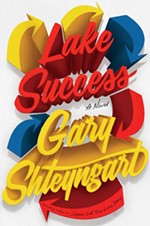