Austin and beyond, where to get your free comic books Saturday 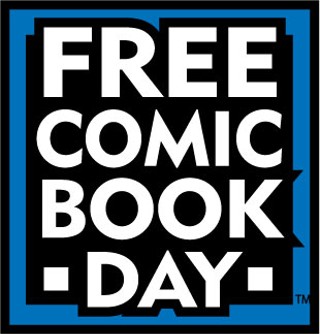 So we're counting down the seconds until Free Comic Book Day begins: The annual opportunity to immerse yourself, free and gratis, in the best that graphic story telling has to offer. Now you're asking, where can I get my hands on some free issues, and how can I support local artists?

If you happen to be at Austin Books and Comics, you can meet two local creators and get them to sign their FBCD title. Local comic icon Matthew Sturges (House of Mystery, Jack of Fables) wrote Damsels for Dynamite Entertainment, while rising star Yehudi Mercado (Buffalo Speedway) has an activity page for his new title Pantalones, TX in Archaia's Mouse Guard/Rust flipbook.

Not every Austin comic creator has a FBCD title, but that doesn't stop them taking part in the celebrations. Sturges and Mercado be joined at Austin Books by recent ATX transplant Steve Niles (30 Days of Night, Frankenstein, Alive, Alive!). Meanwhile, up at Dragons Lair's new site on Anderson Lane, Atom Bug creator Michael Mauro will be signing his comics, and he'll be joined by a couple of novelists: Chronicle cover star Ernie Cline (Fan Boys, Player One) and Star Wars: X-Wing series author Aaron Allston.

So where can you pick up their titles, and any other Free Comic Book Day titles? Here's a full list of all the stores in Austin and the surrounding counties (because you don't want to be caught in Seguin with no reading material).

For more info about Free Comic Book Day, visit www.freecomicbookday.com, or read our coverage in this week's issue.

It's Free Comic Book Day
The where, what and how of comic collectors' favorite Saturday