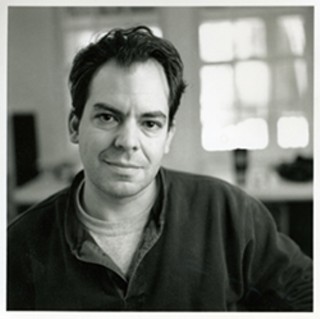 Yes, yes, we’re all very excited about J.J. Abrams’ newest project – that would be Star Trek Into Darkness, opening May 17 – but his next project should prick your ears, too, especially as it involves a collaboration with Austin writer Doug Dorst.

Dorst is the author of two acclaimed books, 2009 novel Alive in Necropolis and 2011 short story collection The Surf Guru, while Abrams is the driving creative force behind such works as Felicity, Lost, Super 8, and the Star Trek franchise reboot. And in case "hifalutin literary writer" and "purveyor of popcorn entertainment" don't sound like an obvious match: Consider Dorst's deft hand with supernatural noir in Necropolis and how an Abrams' film or show never feels assembly-line-produced – they just feel smarter, a cut above.

The mystery project was first announced in 2011, but it wasn’t until the publisher put out a press release today that some (certainly not all) of the blanks were filled in. The novel, called S., was “conceived of and developed by Abrams and written by award-winning author Doug Dorst” and comes out this fall. Here’s where it gets juicy:

“At the core of this multilayered literary puzzle of love and adventure is a book of mysterious provenance. In the margins, another tale unfolds—through the hand-scribbled notes, questions, and confrontations of two readers. Between the pages, online, and in the real world, you’ll find evidence of their interaction, ephemera that bring this tale vividly to life.”

S. will be published on Oct. 29 by Mulholland Books, a Little, Brown and Company imprint.

The 'Revolution' Will Not Be Televised
NBC cancels locally shot show

Disney Casting in Austin
Rumors fly this may be for a galaxy far, far away