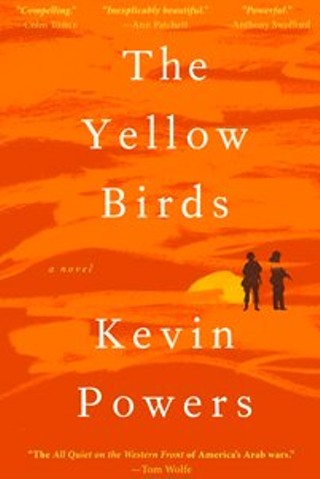 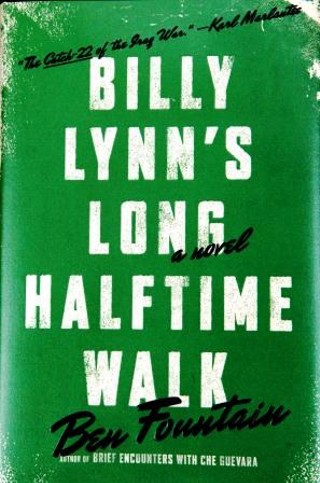 The key to a successful book club – we've heard – is the perfect balance of participants. You need brainy, bookish folks who are likeminded enough to agree on selections but outspoken and confident enough to engender productive discussion.

If the sum total of Austin's residents doesn't embody that description, we don't know who would.

This year, his selections are two finalists for the National Book Award: The Yellow Birds by Kevin Powers and Billy Lynn's Long Halftime Walk by Ben Fountain. The authors will come to town later this year – Powers in the spring and Fountain in the fall – to encourage Austinites to explore their thoughts on the author's respective book.

And this year, they'll probably have a lot to say: Both books are about war.

The Yellow Birds, Powers' first novel, takes readers to the frontlines in Iraq and inside the minds of soldiers both before battle and after returning home, with all the isolation that entails. Billy Lynn's Long Halftime Walk follows soldiers who've been heralded as heroes back home as one in particular struggles with the celebration he's been thrust into.

Leffingwell said: "As a veteran, I'm particularly pleased about our book selections this year. The two novels chosen shed light on a political reality we often overlook – that war has become part of the American landscape, and we often forget the havoc it wreaks on soldiers and families. I'm proud to invite Austinites into our libraries to experience these powerful stories and join this important conversation."

So what're you waiting for? Get reading.

Kevin Powers will speak with readers at the Austin History Center on Tuesday, April 30, at 11:30am. Ben Fountain will be at Faulk Central Library Saturday, Oct. 19, at 2pm. Stay tuned for more on other Mayor's Book Club events, including writing workshops and educational outreach.