Austin's WriteByNight Is a Writer's Port in the Media Storm

Goldberg & Duhr: Easing the agony of blocks and deadlines

My friends and I didn't think it was going to last for long.

A writing center, right? In which working or wannabe fictioneers or journalists or any permutation of literary traveler could stop to grab some free coffee, take a comfortable chair for a few hours of writerly palaver or industrious tapping at their laptops – the wi-fi's free, too – in a smartly appointed, thoroughly modern space away from the migraine buzz of the office or the overly familiar bric-a-brac of home. A sort of tiny belles-lettres haven, right there on East Sixth, only a paperback's throw away from Rio Rita, just down the block from Violet Crown Social Club and Shangri-La and all those hipster-magnet booze joints that are actually enjoyable places to linger once you get the fuck over yourself and just, you know, chill.

After a couple of years, though, it's still going strong, this writing center: WriteByNight. The place is run by two writers – of course it is – Justine Tal Goldberg and David Duhr, who brought the idea of it with them when they left Florida.

"Stuart, Florida, actually," says Goldberg. "David and I found ourselves there after a few years of living in Boston. We were looking for a change, and we had fantasies about, you know, this permanent Writers' Retreat. But then we got to Stuart and we realized relatively quickly that, while it may be a lovely place for some people to live, we are not of retirement age – and therefore it was not for us. What we discovered very quickly along with that, was that there were no resources for writers. So, coming from our graduate program at Emerson, where we were working towards our MFAs and constantly surrounded by writers in the community, with workshops and readings and this very lively literary culture … in Stuart, it was like the opposite end of the spectrum. We found ourselves kind of stranded. So we decided that, if we wanted that kind of support and community, we should just go ahead and build something ourselves, to make it happen. So we started with one creative-writing workshop. We came up with a structure, a curriculum, all of that; we built a website, did some local advertising in the papers, just kind of put it out there. And, lo and behold, the workshop filled up – and people paid us to run the workshop, which was a nice bonus. So we did it again, and we were adding genre-specific workshops, and we were hiring instructors to run other workshops, and going into other counties, and all of this. So it kind of snowballed."

Austin Chronicle: So, success in Florida. And yet, here you are in Austin.

AC: And how are you making money, making a living?

Goldberg: We live solely off of Write By Night. We operate as a writing center and a writers' service. The writing center – you're sitting in it – we have open hours, with set times throughout the week; it's free, it's open to the public, and that is not a revenue stream. We offer a bit of programming – readings, seminars, networking parties for writers – and sometimes it's free, sometimes there's a small fee, but we try to be as affordable as possible, so we can reach out to as many people as possible. Our main revenue stream is our services.

AC: Those have got to be some pretty fierce services, then. What kind of things do y'all …?

Goldberg: The most popular by far are two of our coaching services – two very similar coaching services: Private instruction and book coaching. And one of our manuscript consultation services, which is manuscript critique. So, coaching – in a nutshell – is the opportunity to be matched with one of our writing coaches – we have a staff of thirteen – and then you'll work together regularly, whether that's once a week or twice a month or several times a week – frequency is really up to the client. So people work to accomplish whatever they want to accomplish; different writers come to us with different goals.

AC: So it's kind of like, you're not just working out at a gym, you have a personal trainer who's running you through your exercises?

Goldberg: That's exactly right. And with the coaching, we have standard processes and standards of quality and all these very important things; but a lot of coaching is very creative, very organic – a democratic process that can look very different depending on who the writer is and who the coach is. For example, you can have pure feedback: the person is producing work, and the coach is letting him know how it's going, what's working in the piece, what's not working, what needs to be done for it to be as successful as possible. So sometimes it's that plus accountability, with a touch of writers-block counseling.

Goldberg: There are a lot of blocked writers out there who are just … stuck … and they have no way out and it's a terrible feeling, a terrible place to be.

Goldberg: And the critique program, that's the opportunity to have something you've already written – whether it's a full short story, or a full novel, or a partial of either one of those, or a magazine article – it's where you can have your work read and critiqued by a professional writer.

AC: A magazine article. So you work with journalists sometimes?

Goldberg: We work with writers of all genres, all experience levels – we've seen poetry, screenplays, dissertations, novels, memoirs. We don't turn anyone away: That's a policy here.

AC: And you and David write as well?

Goldberg: Sure we do. I was freelancing for a few years, but WriteByNight has taken over my life, so I hardly do it anymore. If something really sparks my interest or I see an opportunity that's just a great fit for me or my knowledge base, then I'll go after that, kind of on the side. But I'm a short fiction writer, and David is also a short fiction writer – and a book reviewer as well. He's on staff at the Texas Observer, contributes regularly to the Dallas Morning News. We're both very busy.

AC: And why, when you moved here, why'd you choose this part of town?

Goldberg: I think you know what I'm going to say – you just want me to say it, right? It's a pretty artsy neighborhood, an up-and-coming neighborhood – an exciting place to be. I feel like, I walk out the door every day and there's something new, something that popped up overnight: A restaurant, a bar, a huge hotel like they're building right down the street. So, for all those reasons. But – to be honest? We kind of fell into this spot. We took this space without seeing it. We were still in Florida, and David has a sister who lives near Austin, and this property came up, and we thought it sounded great, so she drove on over and took a look. And we signed on, site unseen. You can imagine our anxiety at picking up and moving halfway across the country and walking into our new writing center and really not knowing what to expect – outside of having seen pictures and having gotten the reassurance that it wasn't a dump. We were very pleasantly surprised.

Goldberg: We love it – it's perfect for our needs.

AC: And you live here, too.

Goldberg: What a great question. We do it, but I'm not sure we do it well. Or, I'm not sure we do it with sanity – let's put it that way. Our bedroom's upstairs, it's like four feet by four feet, and it's the only part of this space that we claim for ourselves. The rest is completely open to the public. It's a non-traditional set-up, of course. And people will say, "Oh, so you work from home?" And we say, "No, we live in our office." There's a serious distinction there.

AC: And what's it like, having people – writers, God help you – tramping through your space?

Goldberg: It's great. For the most part, people are very respectful. It doesn't take a genius to realize that we live here. You walk upstairs and you see my shoes staring you in the face. People, thank goodness, they like what we're doing, they're behind us and support us, so they really don't … push boundaries.

No, the only boundaries being pushed are those pushed by Goldberg and Duhr – the boundaries of just what sort of businesses can survive – can, in fact, flourish – along the burgeoning East Sixth corridor. Still, with the city's population increasing daily and the rent in these swiftly gentrifying neighborhoods continuing, as ever, to rise … we look forward to seeing what the future holds for Austin's WriteByNight. 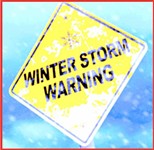