Was Austin’s O. Henry the Original Slacker? That’s the case being made in a new exhibit at the O. Henry Museum, which will celebrate the 150th birthday of the legendary short story writer, that titan of twist endings, this Saturday, Sept. 15. 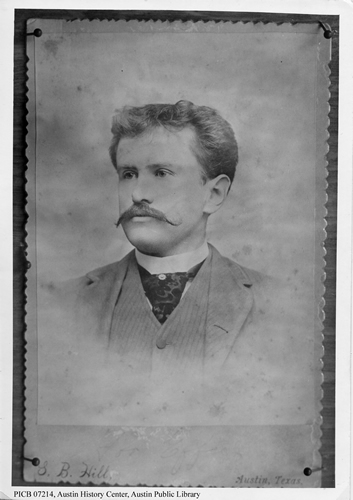 11am: The Capitol Visitors Center (112 E. 11th St.) kicks the day off with a dramatic reading of the story “Bexar Script No. 2692: Murder at the Land Office.” The Center occupies the very same building as the title’s General Land Office, where O. Henry once worked as a draftsman. (Encore presentation at noon.) Also of interest: “Pin the mustache on O. Henry.”

2:45pm: Also at the O. Henry Museum, the New Hill City Quartet will be “reinterpreting the parlor songs played by O. Henry’s band while in Austin in the 1880s and 90s.” (O. Henry was in a band???) Following that, you can take a looksie at the U.S. Postal Service’s new stamp honoring the Big O. 4pm: The Austin History Center (810 Guadalupe) will conduct a Mock Appeals Trial of O. Henry (né William Sidney Porter), who was accused of embezzling funds when he was a teller at First National Bank of Austin. The mock trial will star Justice Jan Patterson of the Texas Court of Appeals, O. Henry Pun-Off punster Gary Hallock, and St. Edward’s University Theater Arts Professor Ev Lunning, while the audience will serve as the jury. Other divertissements: the ongoing exhibit “O. Henry: A Short Story,” featuring a peek into the “six different lives of William Sydney Porter … the Dandy, the Family Man, the Embezzler, the Fugitive, the Widower, the Prisoner, and the Writer, and a children’s activity station for the crafting of your own mustache and postage stamp.

All events are free and open to the public. More info can be found here at the Austin Public Library website.

Can’t wait till Saturday to get your O. Henry on? The O. Henry Museum is holding a first day-of-sales stamp dedication ceremony tomorrow (9/11) from noon-3pm, where early-bird stamps will be available for purchase. The Friends of the Museums group will also sell special $2 First Day of Sale covers for stamp collectors with a special cancellation postmark.

We Have an Issue: Habit Forming
Checking in with musicians in quarantine, #NowStreaminginAustin, Craft Brewers vs. COVID-19, and more new and recurring features