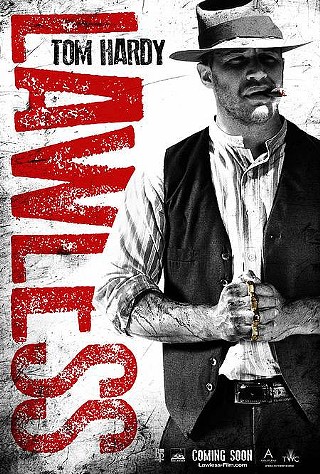 Matt Bondurant turned his family’s real-life bootlegger history into the hyperviolent 2008 novel The Wettest County in the World, which has itself been turned into the new film Lawless, starring Tom Hardy and Shia LaBeouf. Bondurant and Willie Nelson will be at a special rescheduled sneak on Aug. 25.

Bondurant took the title of his book from a quote by Sherwood Anderson, the author of Winesburg, Ohio. Anderson did some reporting in the Thirties in Franklin County, Virginia, which was such a hotbed of moonshine he dubbed it the "wettest county in the world." Nick Cave adapted the script, and John Hillcoat (The Road) directed; the cast also includes Gary Oldman, Jessica Chastain, Guy Pearce, and Mia Wasikowska.

Now a professor at UT-Dallas, Bondurant will be in attendance at a sneak of the film on Saturday, Aug. 25, with a post-screening Q&A. (The event was originally scheduled for Aug. 20.) Bondurant and Austin icon Willie Nelson will walk the red carpet at 6:30pm; Nelson is featured on the Lawless soundtrack, which features original songs by Nick Cave as performed by the likes of Nelson, Ralph Stanley, Warren Ellis, and Emmylou Harris. (You can preview tracks on iTunes here).

The event is free, but you have to sign up for advance tickets – rsvp code can be found here – and tickets don’t guarantee admission, so you’ll still need to show up early. (Anyone who obtained tickets for the previous date should automatically receive a message through the ticketing system providing the new screening details.)

It’s still a week away, so wet your whistle with the trailer below.