The brilliant comics artist and teacher has died at age 85 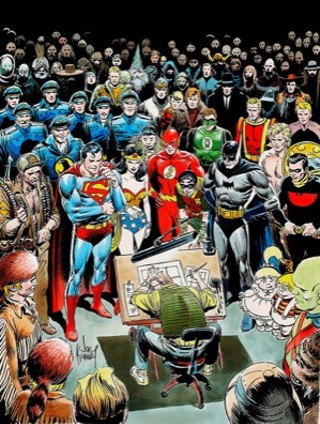 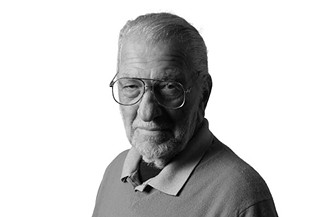 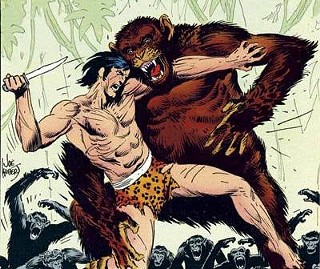 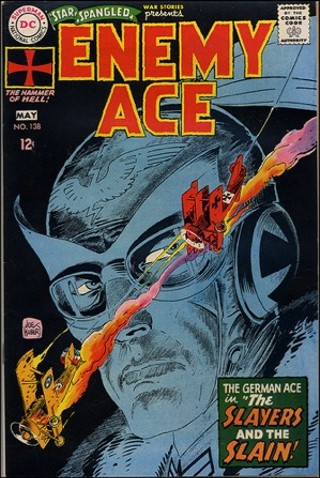 Drawn to his table: The figures he rendered so exquisitely mourn Joe Kubert's passing

You can create a very long list of comics artists whose work is visually arresting, dramatic, or just plain gorgeous. But when you list the truly great storytellers of the medium, the numbers shrinks considerably. Among the latter, you'd have to include Joe Kubert, who died Sunday at the age of 85.

Kubert got his start in the industry when comics was in its infancy – and he was scarcely out of his. His first art job came when young Joe had yet to hit puberty. (His own accounts vary among the ages of 10 to 13.) That was in the late Thirties, and Kubert remained active through this year, recently finishing his inking his son Andy's pencils on the miniseries Before Watchmen: Nite Owl and creating a short story for a proposed six-issue anthology titled Joe Kubert Presents, both for DC Comics. That company was where he produced the vast majority of his work – including his signature runs on on the superhero Hawkman in the Forties and Sixties and the war heroes Sgt. Rock and Enemy Ace in the Sixties and Seventies, and his thrilling adaptation of Edgar Rice Burroughs' Tarzan stories in the Seventies – though in his 60s, Kubert embarked on a series of self-penned graphic novels – among them Abraham Stone, Fax From Sarajevo, and Yossel: April 19, 1943 – that allowed him to develop his considerable skills at graphic storytelling even further. Indeed, Kubert's longevity in the field, uncanny grasp of comics' storytelling potential, and continued experimentation and growth artistically was matched by only Will Eisner and Alex Toth.

He was a legend in the industry, and yet he was as human and personal as they come – a fact I learned firsthand when I met him at a San Diego ComiCon booksigning in 1991 and interviewed him for a Chronicle feature in 2004. (He was scheduled to appear at the Jewish Book Fair but had to cancel.) His humanity was also what made him a great teacher, and in addition to the work he created himself, Kubert's legacy includes the work of hundreds of artists he taught the craft of graphic storytelling at the Joe Kubert School of Cartoon & Graphic Art, now in its 37th year. Two of the school's first graduates, Joe's sons Andy and Adam Kubert, keep the flame of their father's passion alive.