'X-Men' mastermind talks the Phoenix and the flame 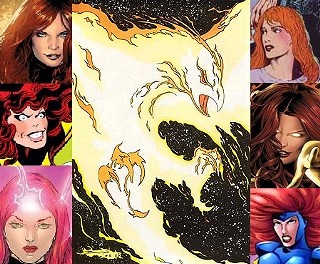 If Chris Claremont had his way, then mainstream comics would be a different place. And after a 40 year career in comics, including an unequaled 16 year run writing the Uncanny X-Men, he knows a thing or two about the four color cosmos.

The crowd that gathered at Dragon's Lair last week for his signing, well, a lot of them grew up on – or arguably with – the British-born comic creator and novelist's greatest creations: Rogue, Sabertooth, Captain Britain, Emma Frost, plus his defining work on the biggest comic character of the last 30 years, Wolverine. Flanked by two young relatives, he had just returned from a visit to Scotland, where the weather is a little more temperate. "The highs up where we were in the low-mid-60s, and the sun didn’t set. It just ducked below the horizon so you had a very light dusk."

Their tour itinerary took them to Urquhart, where they saw a small flotilla of boats. Claremont said, "This bloke stands up at the bow, and he’s holding something. 'Is his hand on fire? Oh, it’s a torch.'" By which he meant the Olympic Torch, which is slowly wending its way across Europe before heading to London. "Actually, the torch was in a big, sealed fire bucket," Claremont said. "They stick the torch in, it lights, it comes out, they wave it around, everyone goes 'Ooo', and they take lots of pictures."

But there's another mythic flame in Claremont's life: The Phoenix, the unstoppable cosmic force of death and rebirth that burns up Marvel's storylines. He and artist Dave Cockrum created the character back in in 1976 for X-Men issue 101. Funnily, the Phoenix seems to crop up as regularly as the Olympics, and the original host, Jean Grey, has a very bad habit of not staying dead. Now Marvel has announced her latest resurrection of sorts in All-New X-Men. However, Claremont isn't necessarily ecstatic that the comic industry effectively rewrote one of his greatest plotlines – the Phoenix Saga.

For the three of you that haven't read the saga, Grey agrees to bond with the Phoenix force in order to save her friends. Unfortunately, the old idiom about absolute power corrupting absolutely catches up with her, and the most beloved of Marvel's merry mutants vaporizes an entire planet in a fit of madness. Claremont said, "We did it, and it was a really powerful scene, but as I wrote, four billion sentient beings just went up the spout. It came back to haunt us eight issues later."

It was Marvel editor-in-chief Jim Shooter who pointed out that they had just turned one of their key characters into a genocidal killer. "This was the late 70s. We’d just got out of Vietnam, we had Pol Pot," said Claremont. "How can you let her off with, 'I’m sorry!' 'OK, don’t do it again.'"

Leaving Grey alive tied their hands. Killing her off – or, ultimately, having her commit suicide rather than continue her godlike rampage – gave them one of comicdom's most memorable scenes. More importantly, it added a new tension to the title. Claremont said, "We brought an element of primal suspense into the book, which we milked as unashamedly as possible, as often as possible. ‘We did it to Jean, dare we do it to Storm?’"

And then came Avengers issue 263, where it turned out that Jean hadn't died, but was in a cocoon at the bottom of the sea. That still does not sit right with Claremont."We’d just gone to all the effort of saying, 'Jean is dead, get over it,' and they said, 'Haha, we fibbed.' So why should anyone trust us again? But that’s the difference between being the writer and being the boss."

There's one bright spark to this cycle of death and resurrection: Whenever Jean Grey comes back, everyone will know who the creator of the Phoenix is. Claremont explained, “The way we ended divvying it up is that Jean Grey is Marvel’s but Phoenix, and especially Dark Phoenix, are mine.”