The Soul of the Scent

Perfume and pleasure in Alyssa Harad's 'Coming to My Senses'

I made it two paragraphs into Austin writer Alyssa Harad’s memoir Coming To My Senses: A Story of Perfume, Pleasure, and an Unlikely Bride (Viking) before I burrowed my nose into my wrist and inhaled deeply, pondering for the first time in years the perfume I’d rotely put on in the morning. Her book is eye-opening, intoxicating stuff. 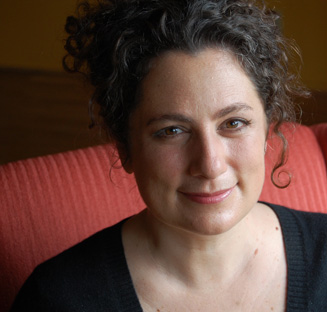 Cautious readers may be put off by the first pages. The bold sensations evoked, the language describing them so emphatically sensual – they radiate the near-tittering feel of a Harlequin romance. But, seriously, stop blushing and give in: This is a book that arouses and galvanizes the senses – all of them, but especially those of the overlooked olfactory nerves.

The very word puts a lot of us on edge – perfume – but turns out it’s just the elbow crook inching open the door into Harad’s memoir, which is as much about her surprise at delighting in perfume’s history, community, and aromatic allures as it is about her own reckoning with what it means to be a woman. Before she randomly stumbled onto a perfume-oriented blog, Harad thought she knew who she was: a lifelong academic, a woman at odds with her body, and the outsider to innumerable, seemingly impenetrable cliques. Or, in her words:

“If the center of the Kingdom of Women is a gleaming white-walled city built by movie executives and ad agencies, where supermodel screen goddesses, all the perfect girls we knew in high school fill the streets, I life far outside the city limits, beyond the suburbs, a few counties over, in a country village founded by a lesbian feminist collective in the mid-1970s.”

That is a woman I immediately want to high-five – and then invite over for (probably too much) wine to compare notes on how we arrived at the same place. But that graph also suggests a kind of mission statement – this is decidedly who I am – that Harad’s memoir makes a point of questioning, reconsidering. recontextualizing in the face of her newfound and life-altering fascination with scent:

“Why declare that you know who you are and what you like, like a fussy child at a banquet who refuses anything but toast? Why not cultivate a restless appetite – allow yourself to be seduced, not just once but again and again, come what may? After all, it’s just perfume we’re talking about here. Isn’t it?”

My hackles tend to raise at the arc of most memoirs – troubled beginnings neatly coursing toward pre-scripted triumphs – but Harad’s never icks with “you can, too!” forced cheer. It’s a simply told tale, of a natural immersion in – a beauty aid? an art form? an obsession? – she’d never previously considered, and the stutter steps she takes, becoming one with its community. (While the book’s early account of entering the web world of perfume-enthusiasts is overly detailed – Harad gives every influence her due, before the reader is fully invested or grounded in the terminology – it’s nonetheless a good nudge for anyone who’s hovered shyly around a comments board.) But slowly the book expands, with long, tender discourses on a grandmother who once worked department-store counters; her own bewildering rocket through the wedding chute, after 10 comfortable years cohabiting with another writer; and the transition of a friend from female to male, which Harad contemplates from the perspective of the outsider moving closer to the center of societal mores as a dear friend moves farther (and at peace) to the outskirts.

As Harad starts her journey into perfume obsession, she founders for words: The world of smell, absent of its own individuated lexicon, has to steal from other senses. But in the absence, Harad – deadened from her long time in academia – finds new exhilaration in language: “I remembered what it was like to stretch and swim in language for the giddy pleasure of it.” For the reader, that pleasure is catching.

Harad reads from Coming To My Senses Thursday, July 12, 7pm at BookPeople, with jasmine bellinis and truffles from Delysia Chocolatier inspired by scents from the book.