Hey, Dark Phoenix, Who's Your Daddy?

Why, that'd be Chris Claremont, wouldn't it? Ah, the dude who created the Brood!

It would be – and is – none other than Chris Claremont.

Now check this out: The longtime X-Men writer who, back in the '80s and '90s, gave the Marvel Comics universe a multipartite personality upgrade via the creation of Rogue and Gambit and Kitty Pryde and Mystique and the abovereferenced Dark Phoenix and so on … yes, that same Claremont is in Austin and will be signing his many books at local comics & gaming emporium Dragon's Lair this Friday night.

(You already know, of course, that Claremont's X-Men #1, created with penciller Jim Lee, is the best-selling comic book of all time. You know, also, that that isn't just a bit of unsubstantiated fanboy braggadocio, but that the Guinness World Records people verified the 8.1-million-copies fact of it. At least, so says Wikipedia.)

Anyway, now's the time to grab your cherished X-Men back issues or your copies of the *cough* less-popular Sovereign Seven or whatever other Claremontiana you've got and bring it on down to the Lair, let the man who infused your favorite mutants with a sort of Hill Street Blues sensibility inscribe his name on those hallowed pages. 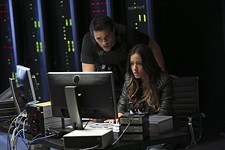 What Place for Muslims in DC Comics?
'Superman' writer Chris Roberson on the controversy of earthly aliens