Walter Kirn Revisits 'Up in the Air' 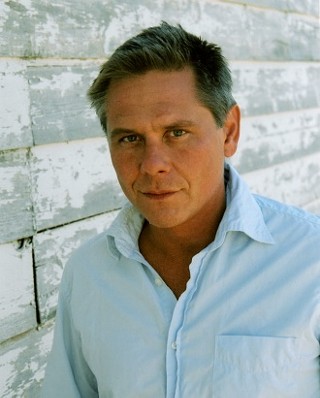 "How did Hollywood even make a movie this pessimistic?" That was Walter Kirn's first reaction to rewatching Up in the Air, the Oscar-nominated 2009 film adapted from his 2001 novel of the same name.

Appearing at the Stateside at the Paramount last night as part of the Austin Bat Cave's ongoing Page 2 Screen conversation series, Kirn took the stage post-screening with Evan Smith to talk about the adaptation process.

Rattling off its themes of "unemployment and corporate America and texting," Kirn expressed continued shock that shiny happy Hollywood had any interest in his book, or in maintaining its dark outlook.

"I wrote this book when I was getting divorced – for the first time," said Kirn. "This was a movie to me about being alone and getting old" – neither a condition, he pointed out, Hollywood had much use for.

Kirn recalled how he found out that the movie was finally greenlit, after much turnaround (some of it due to 9/11 and the general mood that a movie set largely in airports just wasn't going to fly). He was in bed with a girlfriend when she rolled over to check her Blackberry. Miffed, Kirn decided to check his email, too – at which point he received news that the picture was moving forward, with George Clooney attached. He decided to compare emails with his then-girlfriend: "'Bet mine's better than yours.'"

Kirn spent 10 days on writer/director Jason Reitman's set, where he became acquainted with Clooney. He reaffirmed the star's playboy persona with a grin, but spoke forcefully about Clooney's humanitarian efforts. He said the role of Ryan Bingham – an emotionally closed-off career transition counselor (aka professional ax man) who spends the bulk of his year traveling around the country, a man without a home – particularly resonated with Clooney.

"'I'm not going to do any press for this movie,'" Kirn recalled Clooney telling him on set. "'This movie is about me. This is how I feel inside. This is what my life is like.'"

Then again, Ryan Bingham strikes out. "I remember Jason [Reitman] telling me, 'We're going to make the first movie where George Clooney doesn't get the girl. It's going to be like Gary Cooper losing his first gunfight.'"

Kirn seemed genuinely moved by the experience of watching the film again, his first time in two years, noting that what struck him was how well the film managed to preserve the "open-ended, ambivalent" feeling of his book.

He fielded an audience question about Mike Mills' adaptation of his 1999 book Thumbsucker (on the ego-free set: "It was like college theatre gone to heaven … [There was] a collegiality and a spirit of experiment") and spoke about his work on Byliner.com, predicting that e-readers would beget a "renaissance for long-form journalism."

He concluded the evening with a special plea for donations for event sponsor, Austin Bat Cave, the local tutorial center and promoter of literacy and the arts for kids. ABC started the evening with a video featuring area high schoolers reading personal poetry that cut to the bone and made vivid the kind of impact ABC mentors have had on inspiring creativity and expression in youngsters. 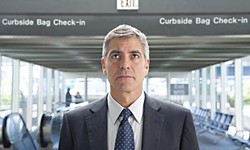 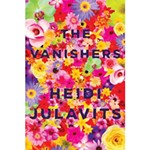