Bedside Manner: Into the Unknown (With a Slight Detour to New York)

What we're reading these days 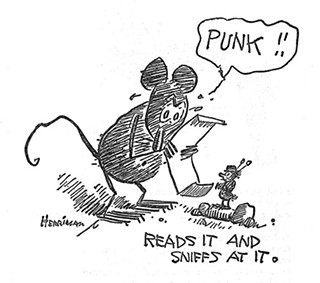 "Adventure ho!" might as well be my running theme these days. It follows me from page to screen to life and back again, and though I write about it occasionally, others write of it better than I. My adventures pale in comparison.

To whit, in the past couple of months I've laid down a friend's Triumph Bonneville on some seriously unforgiving macadam, gashed my left calf on a sneaky-ass coral reef, and waxed my wooden floors by hand, old-school, Downton Abbey-style, thus insuring that I would fall ass-over-teacup in my stocklng-clad feet while blearily attempting to trod said floorboards the very next morning. (Yes. It was Earl Grey. How did you know?) Oh, and there was that incident with the feral Aggie demon witch in the DFW airport bar last night, but we'll save that for another time.

I'll read any book with a title as promising as The Man Who Ate His Boots, which is not, as literary cineastes might imagine, a treatise on Les Blank's infamous film document of director Werner "Adventure Quivers In My Very Marrow" Herzog doing exactly that after losing a bet with Errol Morris. Anthony Brandt's engrossing book is, it must be said, equally gastronomically fucked up, but its subtitle, The Tragic History of the Search for the Northwest Passage, is Herzogian in its own right. Recounting the seemingly endless series of disastrous attempts to find clear sailing across the top of the world by prideful Britains who should have -- but couldn't -- known better is a must-devour for all armchair adventure hoes.

Beginning in 1818 with Captain David Buchan of the HMS Dorothea and Captain John Franklin commanding the HMS Trent, the arctic seas and Canadian "Esquimaux" bore witness to more horrific death scenes -- by drowning, starvation, tedium, rogue sociopathic far North American Indians, the dread scourge of scurvy, and ultimately cannibalism -- than anyone not involved in a major war at that time. (The Napoleonic Wars had ended just three years prior, with everyone not named Napoleon emerging victorious.)

Brandt skillfully fills in the details of life on the high seas in one of the coldest and most unforgiving areas on the planet, describing in dreadful and often witty detail the many doomed vessels and the men who fell to brittle pieces aboard them. This is engrossing stuff, to be sure, but it ends with a nightmarish mystery that remains unsolved to anyone's complete satisfaction to this day, namely the vanishing of HMS Terror and Erebus, commanded by Francis R.M. Crozier on the former and poor old Sir John Franklin. The two vessels set sail in 1845 with reinforced, ice-breaking hulls and equipped with provisions for three years. Not a man aboard was ever seen alive by English eyes again. It was as though they had been swallowed whole by the ice, and although much is now known of the doomed duo's fatal misadventures, the ghastliest knowable is that before the ice swallowed them, they swallowed each other. Brrrrr! That's some frosty noms you've got there, sir. Mind if I cut in? I slay me.

I also enjoy reading nonfiction accounts of the deaths of others as much as anyone (which is everyone), but the enigma of the Erebus and Terror is apparently so tantalizing that it has also spawned a number of fictional narrative accountings of the mystery. The best of these is aptly titled The Terror, by jack-of-all-genres Dan Simmons. Simmons' book, recounting the voyage(s) into hell's gaping, blinding white maw, is a far grislier account of Crozier and Franklin's final frosty fate.

Replete with mutiny, scurvy, an Anglo-Inuit-killer-snow-monster love triangle, and horrors galore, The Terror is also a keenly reasoned meditation on both the folly of these long-ago explorers and the majesty of their seemingly impossible accomplishments. Did I mention there's also a clandestine gay love affair mixed in amidst the heaving floes, thrusting bergs, and hull-pulverizing pack ice? No? There is, and it's doomed. Of course, everything about the Erebus and her sinisterly christened sister the Terror is doomed. Doom, doom, doom: in the end they weren't even food for the worms, because there are no worms in the Canadian arctic. There is only oblivion, and Simmons summons it in high style and even higher tragedy.

On a lighter note and a heavier stomach, I've been re-reading the collected works of the late, great Don Marquis. A newspaperman when the term actually meant something, Marquis penned pounds of exquisite observational humor in the pages of (equally late) New York Sun newspaper. But it wasn't Marquis himself doing the writing, you see, it was archy the cockroach, who would crawl into the newsroom late at night and, hopping from Marquis' typewriter key to typewriter key, pound out lower-case rhapsodies and observations on turn-of-the-20th century city life for the edification of all, but mostly for his yowly accomplice, mehitabel the cat. Marquis was a humorist in the same way Mark Twain was a novelist: a gimlet eye with droll, drooping lids and irony to burn. Great fun, and all true, most of it.