Get Those Lighters Ready 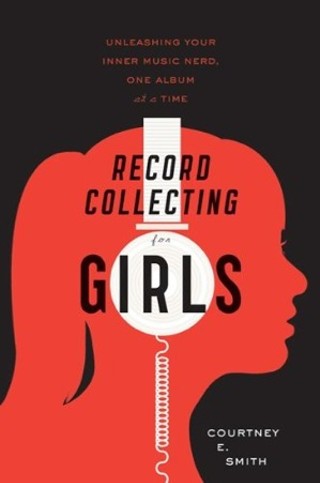 Local bookstores indulge their inner music nerds with not one but two rock & roll readings to wind up the week.

First up is Courtney E. Smith, who journeyed forth from Sherman, Texas, to an eight-year stint at MTV, programming music and managing label relations. She was there in the late Nineties and early Aughts, the post-post-indie heydey of the Shins, M.I.A., and the Arctic Monkeys, and her debut book, Record Collecting for Girls: Unleashing Your Inner Music Nerd, One Album at a Time (Mariner Books), is infused with the sensibilities of a woman who came of age during that time.

Smith's not like any kind of record collector I'm familiar with – she lacks the completist gene, the compulsive attention to detail, and the defensive snark of those who've borne the lifetime badge of record nerd, emphasis on "nerd."

What her book gets right is its instructive process of learning to trust your own taste. Read as a memoir, Record Collecting for Girls makes sense: Smith takes us through the process by which she developed her own tastes, primarily through annotated, High Fidelity-type lists: make-out playlists, guilty pleasures, Beatles vs. Stones. She also offers lessons in navigating digital realms most critics (still) barely reference.

Primarily, though, Smith is generous with basic information about music history and the music industry and reassuring about the fact that even the most rigid of music snob's taste is ultimately as subjective as your own. The existence of this book is an acknowledgment that girls – whom I like to call "women" – often have to struggle to access just that kind of news, even now.

While we're on the subject of taste, whoever said there's no accounting for it has never met Chuck Eddy. For the past 25 years, Eddy has been investigating just that – his own, critically idiosyncratic taste, explicated in a rock-historic context, at once brainy and keenly passionate. He's been engaging, entertaining, annoying, delighting, perplexing, and generally making his mark on legions who've followed his music writing in Rolling Stone, Creem, Vibe, the Village Voice, and Billboard, among other places, as well as in his two previous books.

Eddy recently made the move to Austin, and so we have the pleasure of his company on Saturday at Barnes & Noble at the Arboretum, reading from his newest compendium, Rock and Roll Always Forgets: A Quarter Century of Music Criticism (Duke University Press). You can read Greg Beets' full Chronicle review here.