Who Plays the Bongos While Fully Dressed? 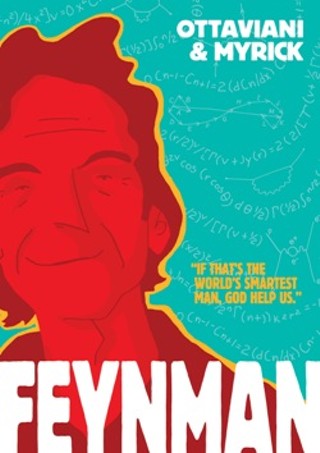 Richard Feynman, the brilliant square peg
that both academia & the military wanted so badly
for their little round holes.

The title of this post comes from area man
Matthew McConaughey – now also bigtime Hollywood star –
and that incident of him being arrested for wailing on drumskins
while naked and (allegedly) stoned there among the fancy manses of Tarrytown.

Because, as goofy as it is, everyone's heard of that.

But so many people, even around the Chronicle offices,
where there are educated brains that know things …
so many of them didn't recognize the name Feynman.

I thought, at first, "Surely they're joking,"
and I thought that automatically, I swear,
without even consciously quoting Feynman's
excellent autobiography from 1985.

In a world where everybody and her sister
will speak casually of nanotechnology as gleaned from tv or film,
and who have opinions, one way or another, about the bombing of Hiroshima,
and who prefer their pop-culture heroes to be anti-authoritarian
and even rebellious (although preferably a bit wacky) types …
that seems amazing to me.

And in need of rectifying.

Inspired by the man's bright and storied life, drawn from various sources,
this sweet volume of real-life narrative – dancing about like
quarks of charm and talent spinning on the post-Newtonian dancefloor
of some subatomic discotheque – will more than introduce you to Feynman:

It'll make you wish you'd been able to hang out with him over coffee
and swap palaver about the innumerable wonders of the world, until,
by the third cup of espresso, you'd just sit there while he covered napkins
with his legendary diagrams and explained, engagingly and coherently,
just how all this quantum shit more or less works.

You can thank science history writer Jim Ottaviani for the introduction:
He's previously authored works about Galileo, Newton, and Bohr, among others,
and he does a terrific job of presenting the man behind the myth.

You can thank comic illustrator Leland Myrick for the introduction:
He's a longtime comics creator, and his effective drawings here
put one in mind of Istvan Banyai with a pen possessed by a slightly drunk demon.

And you can thank yourself, too, intelligent reader,
for looking into this new volume from First Second Comics
and acquainting yourself with the man who had so much to do with
the underpinnings of all this stuff you've been hearing about CERN
and Higgs bosons and whether we'll all be swamped by gray goo
as any of several futures juggernaut ever more swiftly toward us.

Not to mention playing the bongos.