Of Comics and 'Immortals'

There is something divinely inspired about letting Tarsem – the director behind the visual overloads of The Cell and The Fall – loose with a 3D camera for his upcoming epic Immortals. So it would only make sense to let art maverick David Mack loose with the graphic novel prequel. Now there is a contest to join their pantheon.

Immortals is not due until November 11, but Immortals: Gods and Heroes will be published in September. Publishers Archaia recently announced that they are still looking for models for a god and a goddess to be included in the anthology. Hopeful deities can submit their competition entry via the Immortals Facebook page. The winners will be announced on July 1, and will be presented to the public at San Diego Comic-Con.

Intriguing as it will be to see what Tarsem has done with the legend of Theseus for the big screen, the graphic novel project has gathered an Augean stables' worth of comic greats: Ben Templesmith (30 Days of Night), Jock (The Losers, Judge Dredd), Ron Marz (Witchblade), Dennis Calero (Dark Tower, Cowboys and Aliens) and Mack (Kabuki, Daredevil) to create a new cycle of myths

Mack was at Austin Books and Comics for Free Comic Book Day earlier this month, and explained that he had already painted a cover for Archaia's Days Missing when The Immortals came up. "What intrigued me about it was that it was Tarsem's project," he said. Archaia had a big panel scheduled for San Francisco's Wondercon, but needed a promotional image. Mack said, "Tarsem was going to be there and so were the cast, and I was already going to be there. They were hoping to announce it and talk about, and so far nothing had been announced and no trailer had been shown, so I said, 'Yeah, I'll do it.'"

That one poster has lead to the graphic novel, which expands on the film's story. Mack said, "One side is the story of the mortals, the other is the story of the gods." The poster image was his take on Ares, the god of war. "The image I was just working on before I got here was the other cover, which is the main hero and the minotaur."

So how does an artist create a tie-in for an unfinished film ? Mack said, "I listen to commentaries a lot, just so I can listen to stuff, so I've been listening to Tarsems's commentary on The Fall, and they gave me a vast archive of all the screen stills from The Immortals, and all the images to work off. So it was really interesting to research." 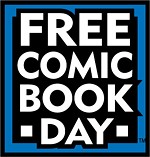