When it comes to horror comics, Steve Niles knows artists. He needs to, with the volume of projects he has penned. So that creates a real challenge for anyone attending today's signing at Austin Books and Comics: What to get autographed?

The creator of 30 Days of Night is in Austin for this weekend's World Horror Convention, but there is a lot more to him than just vampires in Alaska. He's done robo-action with Fused, pop art with The Lost Ones, intergalactic gore on Bad Planet, zombie savagery on Remains, Southern Gothic with Freaks of the Heartland, and established three major horror comic franchises: 30 Days of Night, the Cal McDonald Criminal Macabre series, and his new pulp horror adventures with legendary artist Bernie Wrightson. He said, "One of the things I really benefit from is so many companies won't hire the older artists, the more traditional pen and ink guys, and those are the guys I grew up on. I love them, and it's an honor to work with people like Kelley Jones and Bernie."

These are not hit-and-run dalliances, since Niles often goes back to the same people, like 30 Days co-conspirator Ben Templesmith. He stressed the collaborative nature of such relationships to projects such as the Wrightson-drawn undead gumshoe graphic novel Dead, She Said. Niles said, "That started with me and Bernie sitting and talking, and I said that I always wanted to do a story about a detective who woke up and he was dead, and had to solve his own murder." That relationship flows both ways: "About the second issue, Bernie said, 'I want to do giant ants,' so that became part of the plot. I really love catering to the artists, finding out what they love and what their strengths are, and just feeding into that."

He gives a lot of credit to Scott Allie, an editor at Dark Horse Comics, for introducing him to talents like gothic master Jones, who worked with Niles on Edge of Doom and two Criminal Macabre story arcs, Last Train To Deadsville and Supernatural Freak Machine. Niles explained, "Kelley and I met doing Criminal Macabre," he said, "and we've been working together almost a decade now."

Aside from his comic work, Niles is also finishing off a new novel for Simon and Schuster called World of Hurt ("What prose is to me is my one chance to work alone," he said) and served as script writer for the upcoming F.3.A.R. video game (read a lot more about that in tomorrow's issue.) Even though he hit Hollywood pay dirt with 30 Days of Night, it is the down-and-dirty adventures of pill-popping detective to the underworld Cal McDonald that are dearest to his black heart. Over the years Niles has brought artists with very different styles to that book, and next up is rising inker Chris Mitten. Niles said, "It's sort of been experimental, trying to find the perfect artist, and I've been really lucky having a character that so many people want to draw."

Niles will actually be sharing the afternoon with another talent from IDW Publishing: Austin-based artist Matt Frank makes a repeat visit to Austin Books as part of the massive launch for Godzilla: Kingdom of Monsters. This is his second visit, having been here last month as part of a nationwide promotional tour for issue 1. He will be in-store from 12pm to 4pm signing copies of issue 2's Rodan variant cover, plus a new second printing of the series' premier issue. "I love IDW's promotions," Niles said. "We had this thing where, if you ordered a thousand copies of a book, I'd appear at your store. I agreed to it thinking one, two stores tops would order a thousand copies, and I ended up doing a 13 city tour. I think the same thing happened with Godzilla, where it was, 'Yeah, we'll give you your own personal cover,' and then everybody responded. Now Godzilla's a huge hit." 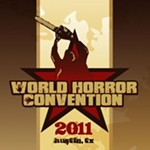 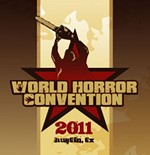 The World Horror Convention? In Austin!
Lend us your fears