Bedside Manner: Tales From the Commute 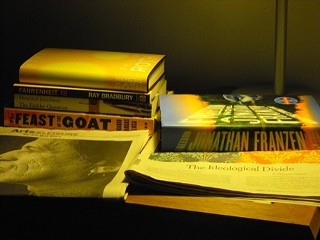 Taking the bus to work: Good for the environment, and great for reading.

It’s been several years since I decided to ride the bus to work.  At first just once a week, more as a feeble attempt to convince myself that I was doing my part to not impact the environment.  But as the parking situation at work became more intolerable I was soon taking the bus four times a week, affording myself the convenience of driving on Fridays when I can come in to work a bit later and then cruise over to the Chronicle offices at the end of the day to check my mail.  In addition to saving money on gas, slowing the wear and tear on my car, not contributing to our traffic problems, not adding to our demand for Middle Eastern oil and not polluting the air, I’ve found the most personal benefit of taking the bus is the absolute luxury of having an hour a day to read, half an hour each way.

After a full day on the job I can’t tell you how relaxing it is to lose myself in a good novel for the ride home.  As a result my reading consumption has increased markedly in the past few years.  I’ve never been a fast reader so time is always a factor for me.  It seems to get harder and harder to carve out time at home to read books.  Even though I read a lot at home, eschewing TV completely and infrequently watching DVDs, I tend to use much of that at-home reading time to peruse the daily paper, browse a few news/political sites online, and try to get through the Sunday Times before the next one arrives.  By the time my body cajoles me to retire for the night, I’m usually too spent to read more than a page or two of a book before nodding off.  That’s why an hour of guaranteed reading time on the bus each day is such a delight.

So what’s on my bedside table?  I’m currently intoxicated by Jonathan Franzen’s doorstop, Freedom.  It’s the first book I’ve read in a quite awhile where I can hardly wait to pick it up.  In fact, I’ve been slacking off on my newspaper reading at home because I’m so anxious to get back into the story each time, not wanting to lose any momentum.  It’s dense and rich on so many levels, the characters are so well defined and the pace, 275 pages in, has not faltered for a moment.  For someone who loves to read, this is a sumptuous feast.

The big question for me is what’s up next?  As we speak I hoping next to read  Howard Jacobson’s The Finkler Question which was just awarded this year’s Man Booker Prize.  While in London back in 1984 I had picked up but never read Jacobson’s debut novel, Coming From Behind, attracted to his conceit of the neurotic, self-effacing Jewish other traversing the shoals of contemporary, prim ‘n’ proper England.  Sometimes called the “British Philip Roth,” he has apparently had a prolific and distinguished career, at least in the UK, mining that vein to a greater or lesser extent over the decades.

And speaking of Philip Roth, my favorite author, his new book, Nemesis, sits on my bedside table as well.  After an amazing string of superb, prize-winning novels in the 1990s through the early 2000s, his last few of books have been less than up-to-par by his lofty standards.  This new one, centered around a 1940s polio outbreak in his hometown of Newark, is said to be his best work in the past several years.

I’ve never read Mario Vargas Llosa although for some time now I’ve been keeping my eye out for The Green House, his 1960s novel that apparently greatly influenced the young Mexican writer, Eloy Urroz, whose mind-melding novel I reviewed for the Chronicle in 2006, The Obstacles, impressed me tremendously.  After he won the Nobel Prize for Literature last month, I dusted off my copy of Vargas-Llosa’s acclaimed novel The Feast Of The Goat, a tale of real-life Dominican Republic dictator Rafael Trujillo.  It is generally considered one of his best books.

When leaving the Texas Book Festival a few week ago I happened by a tent on the outskirts of the festivities almost by accident.  It was selling books at 50% off so I perused through and came across one I’d been promising myself for years to read, Ray Bradbury’s classic, Fahrenheit 451.  A National Book Award winner in 1953, it is set in a dystopian, anti-intellectual American society and has been interpreted as a protest against government censorship and/or the mass media’s effect (TV most particularly) on people’s decreased interest in reading. Sound familiar? With the TV landscape cluttered with mind-numbing reality shows, the recent antics of the Texas Board of Education and the impending victory of tea party-backed candidates at the polls on Nov. 2, it would seem like this read is particularly relevant at the moment…..and should make for some light bus reading as well. 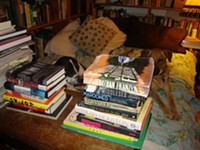 Bedside Manner: The Cheat
Sometimes the best books are the ones you don't read 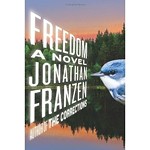 I Will Not Give You Up
Hard to shake Franzen's Freedom 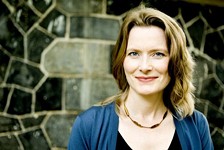