Flicking through the pages of indie media 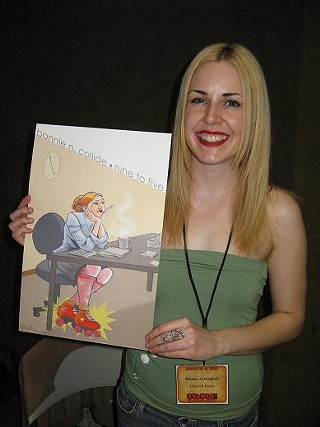 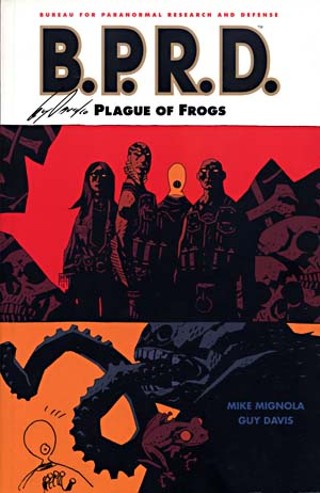 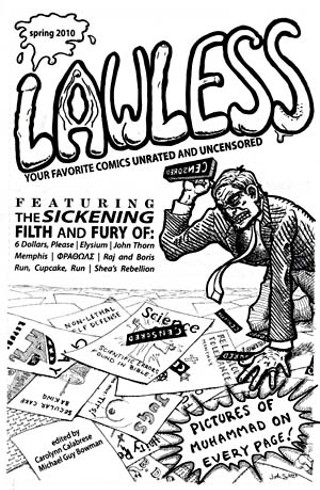 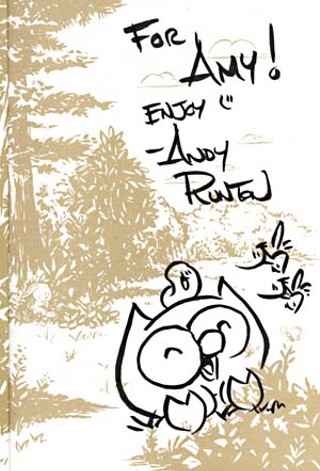 Pardon the pun, but the Staple! Independent Media Expo has become a, well, staple of the Austin sequential art scene. Last Saturday's event, with big-name graphic artist guests and local cartooning stars, was no exception.

There were some familiar faces from previous Staple!s not least Baltimore-based Monica Gallagher (pictured above: Click through to see our image gallery from the weekend.) She's the author of roller derby web comic Bonnie N. Collide. Big news since last year: Not only is there a second collection of her cult strip available, as well as new prints, but as Whipstick she's one of the new roster of Charm City Rollergirls.

As well as attracting out-of-towners, Staple! puts a lot of homegrown talent front and center. The comics pages of the Daily Texan were represented with two anthologies, plus several artists experiencing the strange joy of working a convention desk. Jonathan Barcelo-Iniguez and Rachel Weiss of Six Dollars Please did a roaring trade in stickers of their charming strip, while Edgar Vega (half of the team behind frat boy satire John Thorn) took time to sign his work (rule #1: To be a pro, act like a pro.) While she was absent, the day also garnered some new readers for Katie Smith's deceptively simple Icebreaker: Possibly the sliest use of three panels since David Lynch's The Angriest Dog in the World.

The decorative arts also turned out in force, with Lucy Blue Studio founder Jen Bryan one of several craftspeople adding that extra dimension. Not to be outdone, the authors of Lumberjacks, A Field Guide: The Past, Present, and Future of Lumberjackary! (and innovators of lumberjack day) provided free beards along with their comic.

The big drama (the good kind) of the day came when the audience was exposed to The Intergalactic Nemesis. A must for fans of two-fisted science adventure or anyone that's caught a Foleyvision or Master Pancake performance, the world's first live action comic has been available in printed form, on the radio, and in installments in front of selected films at the Alamo Drafthouse. The whole experience goes cosmic on Sept. 3 and 4 when all seven episodes will be performed in full at the Long Center.

Of course, there was a lot of buzz around the industry pros in attendance. Andy Runton, creator of the environmentally- (and kid-) friendly Owly series was as affable as his winged hero, while Chris Schweizer was a true hero for old fashioned adventure funnies.

The biggest name in attendance was undoubtedly artist Guy Davis. While his work on Hellboy spin-off BPRD has catapulted him to the top of the indie industry, the hardcore fans questioned him about his entire career, right back to breakthrough punk detective drama Baker Steet series. His big news was that, once the current BPRD King of Fear mini series finishes, he'll be starting on both a new Lobster Johnson story (due 2011) and three new installments in his creator-owned Enlightenment horror The Marquis (due in 2011, 2013 and 2015). After that, he'd like to loop back and complete Baker Street some time before the end of the decade. He gave a lot of credit to Dark Horse Comics for this career stability, and said, "It's easy when it's all the same company. They juggle the deadlines for me."

Davis let slip a few interesting tidbits (like he was disappointed that Sandman Mystery Theater was canceled at issue 49 because he really wanted to do 50 issues on a title.) He also had one piece of advice for potential comic artists: Draw often and draw everything multiple times. "You need to learn storytelling. Do sequential pages, because that's what editors want to see."