Presidential scholar Annette Gordon-Reed first came to acclaim with Thomas Jefferson and Sally Hemings: An American Controversy, which explored not just the long-rumored affair between Jefferson and Hemings but also the history of scholarship about the pair – how authors have historically ignored, denied, and denigrated evidence of a long-term relationship between the president and his slave. (DNA evidence now confirms Hemings and Jefferson had at least one child together.) In her 2008 book, The Hemingses of Monticello: An American Family, Gordon-Reed circles back to the couple and broadens her scope to trace a multigenerational exploration of black and white relations in Jefferson's household and the still-new America at large. Gordon-Reed, a native Texan, won the 2009 Pulitzer Prize in History for her book, and she'll be the headline speaker (11am) at Austin's African American Book Festival this Saturday (6/27).

This year, the spotlight is on Dreams of Me: Narratives of Black Women Writers; also appearing will be Wall Street whiz Carla A. Harris, the author of Expect to Win: Proven Strategies for Success from a Wall Street Vet (11am); Anita Richmond Bunkley (Between Goodbyes), who won the 2007 Career Achievement Award Winner in African American Fiction from Romantic Times Magazine (12:30pm); and Bernice McFadden (Sugar), who also writes, er, spicier fiction under the nom de plume Geneva Holliday (1:30pm).

All events are free and held in or on the grounds of the Carver Branch Library and the Carver Museum and Cultural Center (1161 Angelina). The program, which will also include children's activities such as storytelling and facepainting, runs from 10am to 4pm – check out the AABF website for exact times. 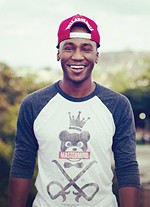