Robert Jensen's new memoir is an extended meditation on his tentative return to the Presbyterian church of his youth. 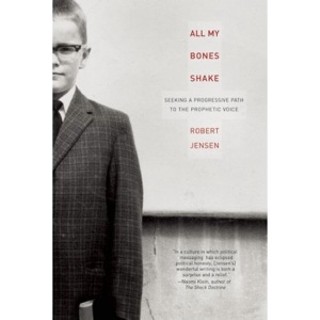 If you missed Robert Jensen June 9 for his scheduled Bookpeople reading, it’s not surprising – it’s been postponed until July 29, although several local web sites (including Jensen’s own UT homepage) have not yet caught up with the change. As it happens this time, the peripatetic journalism professor and prolific writer and activist was undergoing minor surgery, and was not off again on one of his frequent journeys – New York, Minnesota, Colorado, South Africa, India, Pakistan – all places he visits in his persistent and earnest efforts to help create the international cultural revolution. His literary efforts – on media, politics, internationalism, feminist theory, pornography, or all of the above – are equally eclectic, although his latest turn may most surprise his readers, as it somewhat did this one, a friend of several years.

All My Bones Shake: Seeking a Progressive Path to the Prophetic Voice (Berkeley: Soft Skull Press, paper, 194 pp.) is an extended meditation on Jensen’s tentative return to the Presbyterian church of his youth. The book carries an ecstatic Old Testament title (Jeremiah 23:9), and the cover features a 1967 photograph of the eight-year-old third-grader Jensen, holding his newly awarded bible, at the Fargo, North Dakota, First Presbyterian Church. Since those halcyon days – when he says he was simply “bored, nearly to death” by church – he had become a journalist, a professor, a writer, a committed left activist, and had lost virtually all his small youthful interest in matters of official religion.

Characteristically, the return of this particular prodigal son is highly qualified and complex. The book’s main narrative recounts Jensen’s recent involvement with the engaged congregation of St. Andrew’s Presbyterian Church in North Austin, pastored by the activist Rev. Jim Rigby. Jensen’s spiritual journey began largely as a search for fellowship, but became something more intriguing and mysterious, especially to the author. On the one hand, he found himself inexorably drawn into the spirit of community; on the other, he remained (and remains) highly skeptical of traditional Christianity – the most entertaining episodes of his tale involve the reaction of the broader Presbyterian institutions when they discover an “atheist” in their midst. As for Jensen himself, he’s indeed become a Christian, although carrying (as he insists we all do) sort of an asterisk: “I don’t pretend to have definitive answers, but my own sense of the questions has deepened by examining political issues within a theological framework. So I return to the first of the commandments, the task of loving God with all our mind, heart, soul, and strength.”

To my mind, the early narrative chapters of All My Bones Shake are the most engaging; having there established a personal context for placing his renewed political perspective within a larger theological conception – ordinary “good” understood as the particular immanence of a larger, universal “God,” which is all-encompassing “mystery” that is only approachable emotionally – Jensen steadily shifts ground to his ongoing interests in peace and justice, international liberation, feminist community, environmental consciousness, and more recently, sustainable culture. Perhaps partly because I’ve read his other books, I found the latter sections less interesting; while I’ve got no substantive quarrel with arguments for less consumerism or more vegetarianism, overall they read too much like earnest progressive recipes for the Good Life, that could also (by the way) save the world.

Maybe so. Jensen maintains a sense of humor about his intellectual predicament, noting that some correspondents have told him he just hasn’t realized he’s really a Unitarian. That way lies intellectual chaos, he suggests – although for those of us who may have traveled through devout Christianity as children and come out more or less intact on the other side, a return ticket seems hardly worth the cost. Since he remains an inveterate traveler and observer, my own best guess is we haven’t heard the last of Jensen’s spiritual pilgrimage. 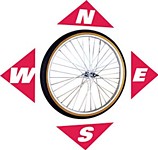 Robert Jensen, All My Bones Shake